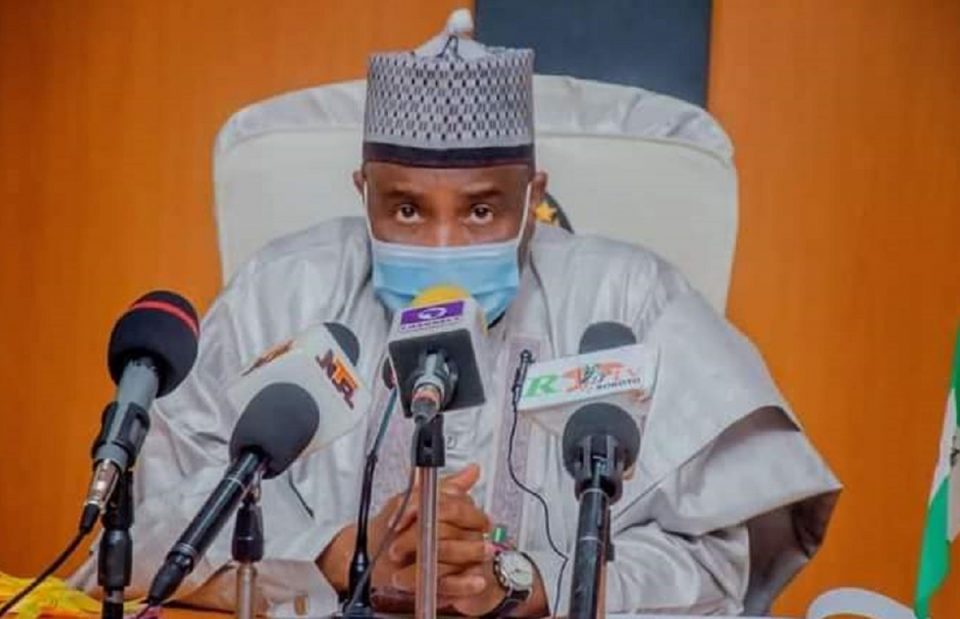 The Business Intelligence (TBI Africa) reports that Tambuwal, in a broadcast, called on the people to remain indoor as security operatives were being deployed to safeguard lives and properties.

The protests were caused by an alleged religious blasphemy made by a student of Shehu Shagari College of Education, Sokoto, against Islamic religion through a social media channel.

The student, Deborah Yakubu, was killed in a mob outrage during students’ unrest, but the state government immediately closed down the school while police announced the arrest of two persons in connection with the incident.

” By the powers conferred on me by sections 176(2) of the Constitution of the Federal Republic of Nigeria and sections 1 and 4 of the Public Order Act; and, also Section 15 of Sokoto State Peace Preservation Law, I hereby declare, with immediate effect, a curfew within (Sokoto) metropolis for the next 24 hours,” Tambuwal declared.

He further appealed to the people of the state to kindly continue to observe law and order and calm down the restiveness currently pervading in the metropolis.

” Everyone should please, in the interest of peace, go back home and observe this measures, to reestablish peace, law and order in the state.

” It is not in the interest of anyone for us to have a breakdown of law and order. I, therefore, appeal for restraint and, for people to observe and respect the rule of law .”

A Correspondent who went round the streets reports that groups of youths have taken over the streets, chanting songs and urging security agents to release the arrested persons.

The Sultan of Sokoto’s Palace was under siege by the youth.

A combined team of security men, led by State’s Police Commissioner, Mr Kamaludden Okunlola, however, deployed to the palace while protesters threw stones and attempted to burn the palace.

All the religious centres were also under tight security.

Gov. Tambuwal had held meetings with security chiefs, leader of Christian Association of Nigeria (CAN), Rev. Nuhu Iliya and Islamic religion leaders on Thursday, to prevent the situation from escalation.