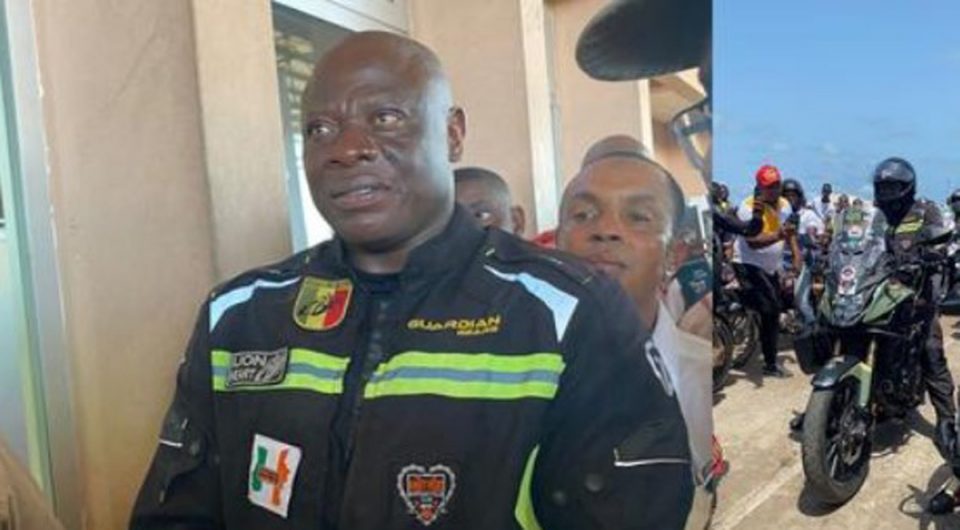 London-Lagos biker and member of Rotary Club International, Kunle Adeyanju, yesterday conceded that the adventure was tortuous and risky.

Adeyanju added that he cheated death on four occasions during the 41-day journey.

The biker, who spoke with reporters in Ilorin, Kwara State on the sidelines of a reception organised for him by the state’s chapter of Rotary Club, said: “Truth is that every kilometre of the 12,000 I covered was fraught with challenges, pains and difficulties.

“Several times, I came close to dying. I actually saw death several times. When people say they saw death, I never believed it. But when I saw that like four times in Sahara (Desert) and Mali, I now believe that death exists.

God just wants to keep me alive; that is why death did not take me. But one thing I said to myself was that whatever it took, I would not quit.”

On the motive behind the adventure, the Offa, Kwara State born biker said that “doing this was basically to achieve two purposes of raising awareness on the end polio message by seeing how we can see the level of vaccines acceptance. The second objective was to raise fund.

“For me, the two have been accomplished because everybody is now aware of polio. Polio has got a renewed drive as we have the vaccines to end the virus.

“I am very happy that the message has taken a global dimension.

“The London-Lagos ride covered a total of 12,000 kilometres, spanning 13 countries and 41 cities.

In a remark, President of Presidents of Rotary Clubs in the state, Otunba Rich Oladele, said that the bike rider had done the state and indeed Nigeria proud.

“He has written the name of Nigeria on the global map and in the Guinness Book of Records.

“He is a member of Rotary Club International,” Otunba Rich said.