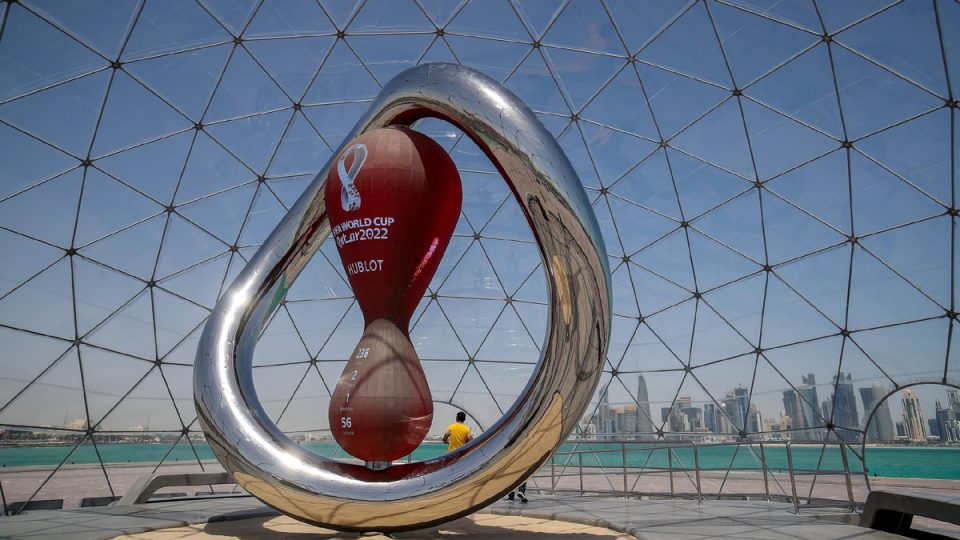 The introduction of Artificial Intelligence-driven semi-automated VAR offside technology remains on course to be used at the World Cup in Qatar.

That is the message from The International Football Association Board (The IFAB), the organisation that determines the laws of football.

Offside decisions using VAR have been taking up to four minutes, with the technology aiming to cut the decision down to three or four seconds by providing faster information.

Chelsea were the first English Premier League (EPL) side to experience the technology during the FIFA Club World Cup in February.

This was just two months after the initial semi-automated system made its debut.

The IFAB continues in its discussions with FIFA as to the implementation of the upgraded VAR system, with the aim to utilise the offside technology at the upcoming World Cup in November.

“Our experts are looking into [the trials] before we take a decision on whether it will be used for the World Cup or not.”

FIFA’s head of refereeing Pierluigi Collina, added: “My personal opinion is that I’m very confident we can go ahead with this.

“We have seen in matches where the semi-automated offside was implemented (and) these objectives were achieved.

“It uses the same process as goal-line technology, and we have seen (that) that is very well accepted by the football community. Nobody comments on this.

“We are confident that the same reaction, in terms of acceptance, can be given to the semi-automated offside.”

The Premier League in England is expected to introduce the technology, if successful at the World Cup, in the 2023/2024 season.

Trials are also in the works to give attacking players the advantage in offside situations, with Collina revealing the rules are under consideration.

“We are considering that a very marginal offside is not that relevant to be punished in modern football,” Collina added.

“So, we are running this experiment. Unfortunately, the competitions where these trials were allowed were suspended or abandoned for almost two years due to the pandemic.

“So, now we have tests going on in [youth football] in the Netherlands, in Italy and in Sweden and certainly we will come to conclusions once we have evidence and figures from these trials.”

The IFAB also confirmed it was investigating how to reduce time-wasting, with the ball usually in action for just 54 minutes of a 90-minute match.

Why I prefer Atiku to Peter Obi ― Reno Omokri

2019: Buhari is qualified by law to contest – Kayode Ajulo