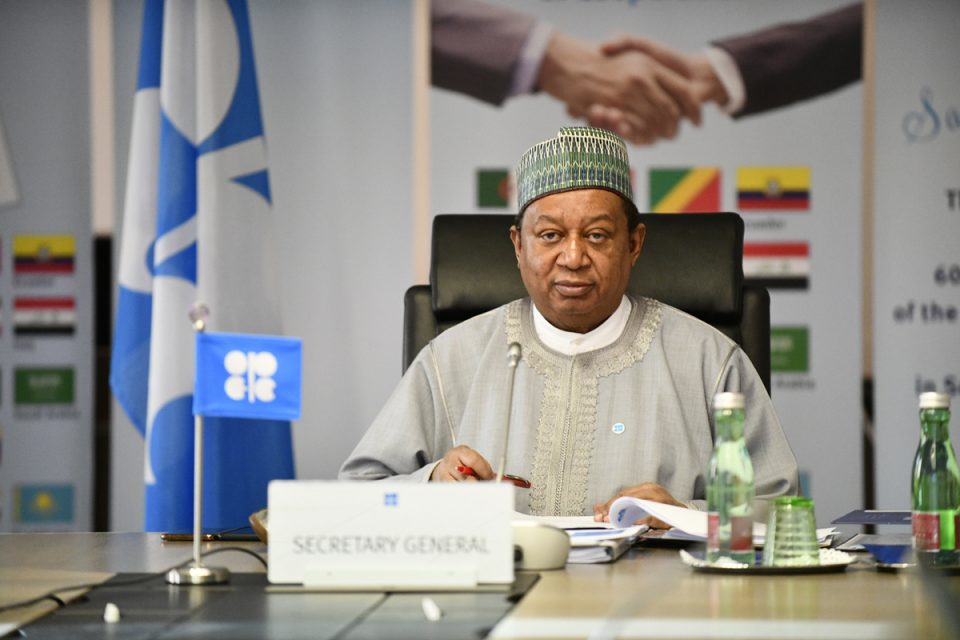 OPEC Secretary General, HE Mohammad Sanusi Barkindo, received the Republic of Austria’s prestigious silver decoration in acknowledgement of his achievements during his two terms as Secretary-General.

The honour was conferred by the Austrian President, Alexander Van der Bellen, for enhancing the bilateral ties between the Organization, its host country and the City of Vienna. The decoration was presented during a visit by the Secretary General to HE Alexander Schallenberg, Austria’s Federal Minister of European and International Affairs.

The decoration is bestowed on citizens and foreigners who demonstrate outstanding merits and achieve exceptional accomplishments. It is known in German as ‘das Grosse Silberne Ehrenzeichen am Bande für Verdienste um die Republik Österreich’.

Minister Schallenberg emphasized OPEC’s special position globally as well as in the international community in Vienna.

The Minister also commended the Secretary-General on the role he played and the contributions he made to strengthening relations between Austria and OPEC.

In return, the Secretary-General expressed his deep appreciation for the decoration and thanked the Austrian Government and people for their continuous support over the last six years, highlighting Austria’s role as a host in this successful period of the Organization’s history. “Austria is and will continue to be my second home,” he said.

Barkindo stated that “it is the honour of a lifetime to receive such a decoration. This special recognition is bestowed on all member countries of the Organization and the gallant staff of the OPEC Secretariat in Vienna”.

OPEC has enjoyed close relations with Austria since it moved its headquarters to Vienna in 1965, five years after the founding of the Organization

Osun governorship re-run: APC urges electorate to resist plots to subvert their will