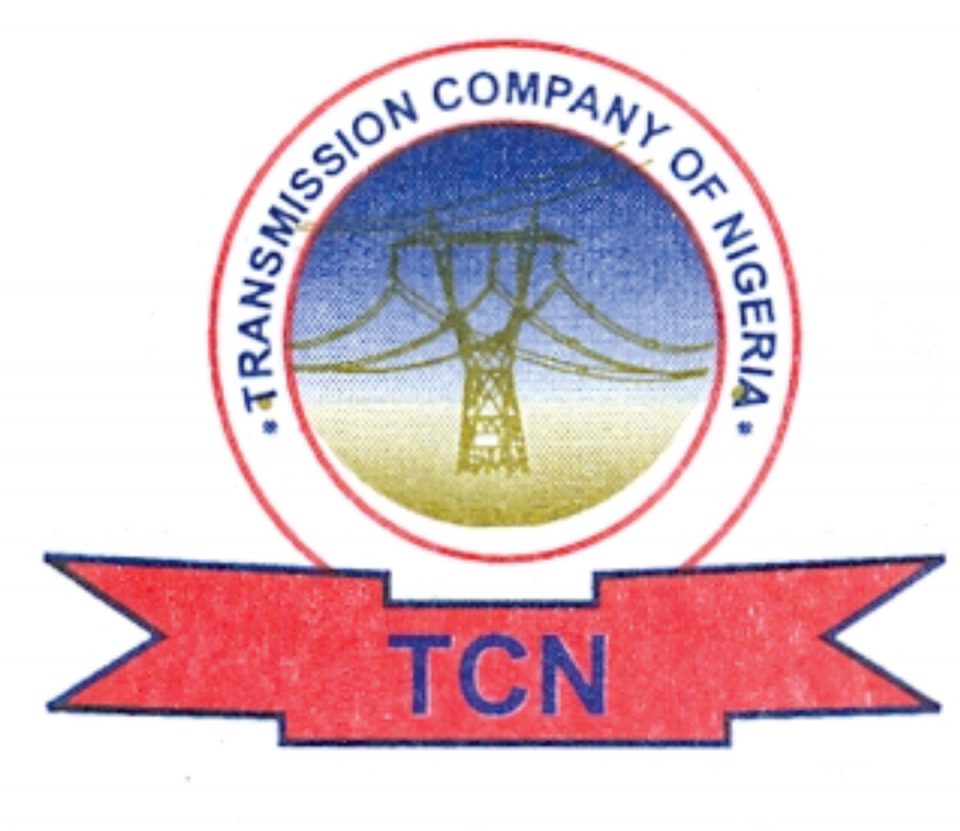 Although Nigeria’s power sector has never really operated optimally, the recent decline experienced by electricity consumers nationwide may have been made worse by the incessant destructions of the country’s transmission lines by vandals.

While the motives for attacking the country’s power assets still remain in the realm of conjecture, the sporadic disruption of electricity supply to parts of the country by an already struggling sector, calls for concern from all and sundry.

Before now, Nigerians had expressed high hopes that the national grid could at least deliver up to 10,000 megawatts (MW) of electricity by 2023 and ameliorate the decades of inadequate and unreliable power supply.

But as it is, that target is now under serious threat as the national power assets have become objects of attack in various parts of Nigeria.

This year alone, aside gas lines supplying the fuel to thermal-powered facilities, there have been direct strikes on assets run by the Transmission Company of Nigeria (TCN) for which innocent consumers have suffered the consequences.

A SNAPSHOT OF ONSLAUGHTS

From the South-south to the South-west, from the South-east to parts of the north, the story of destruction of TCN power lines have largely been the same.

One of the most far-reaching in a negative sense was the incident of April 8, 2022 which happened around 6.30pm, literally plunging the national power grid to a very low level, thereby causing a system collapse.

Days later, officials of the TCN noted that they found that a transmission Tower number 104 at Oku Iboku in Akwa Ibom State, along the 330 kilovolts (kV) Ikot Ekpene to Odukpani transmission line had been vandalised and had indeed fallen from the impact.

It took a while for the reconstruction works on the vandalised transmission to be completed, while work to fortify other towers minimally vandalised along the same line route, was carried out  to enable the restringing and tensioning of the 330kV DC transmission line, before it was energised.

But that was not the first in the space of three months that such attacks would be taking place. In March 2022, it was discovered that the 330kV Sapele to Benin transmission line tripped off after a series of attacks affected some towers under it.

An official of TCN, which manages the power grid, confirmed that a tower on the 132kV Enugu to Benue transmission line was hacked and nearly fell. In the process, a suspected vandal was electrocuted before it was fixed by the authorities after a while.

Not done, in Ogun state, three transmission towers collapsed recently on the 132kV Papalanto/Ojere double-circuit transmission line after they were vandalised, causing power outage around Abeokuta and its environs. The constraint was later fixed while restoring bulk power to the affected area.

Within this short period, it was learnt that at least five vandalism incidents had been recorded with the one occurring in Oku Iboku (Akwa Ibom state), affecting Akwa Ibom and Cross River at once while causing the Odukpani NIPP Generation Company (GenCo) with over 400MW capacity to shut down since April.

After the Oku Iboku vandalism incident, the federal government in a statement directed the Nigerian Electricity Regulatory Commission (NERC) to probe the situation.

Not long after, the Chairman of the Nigerian Electricity Regulatory Commission (NERC), Mr Sanusi Garba, confirmed the cause of the incident as massive vandalism of the power assets.

“The immediate cause of the national blackout (system collapse) was an act of vandalism on a transmission tower on the Odukpani-Ikot Ekpene 330kV double circuit transmission line thus resulting in a sudden loss of about 400MW of generation (Calabar NIPP). This consequently led to a cascade of plants’ shut down across the country,” he said.

While explaining the nature of the vandalism, the Port Harcourt Regional Transmission Manager at TCN, Daniel Udofia, said Tower 104 was vandalised at Oku Iboku in Akwa Ibom state on the 330kV Odukpani (Cross River) to Ikot Ekpene (Akwa Ibom) transmission line, saying the attack was massive.

Shortly after the Oku Iboku vandalism, the Managing Director of TCN,  Dr. Sule Abdulaziz and some management officials of the publicly-owned company visited the site of the vandalism to assess the extent of the damage.

Speaking at the site, he said: “This singular act threw the entire nation into darkness plus the humongous loss in terms of economic resources. Despite this, we have remained resolute in our effort to find ways of ensuring power supply to the good people of Akwa Ibom and the nation at large.

“To effectively achieve this, every citizen of Nigeria must in one way or another contribute to this fight against the vandalism of power infrastructures,” noted  Abdulaziz.

However, the Executive Director, Transmission Service Provider at TCN, Victor Adewumi, made more revelation of the nationwide power assets’ sabotage.

“It is happening almost everywhere in the country now; even in Delta state, we had to quickly mobilise to fix 10 towers in a row when we saw an act of vandalism. This is outright sabotage and it doesn’t happen in other climes,” he declared.

Worried by the development, Adewumi noted that the phenomenon throughout the country was setting back Nigeria from the path of electricity expansion.

“We appeal to the youths and to Nigerians to own these assets because it belongs to us. Each time we pull the government back and we turn around to blame the same government; it is so unfair to throw the whole nation into blackout,”he stated.

Adewumi who said vandalism causes retrogression in power infrastructure development added that the attack on power assets was not only callous but a setback for power consumers in the country.

“There is no way this country can move forward if each time we take a step forward and we take three steps backward. Everybody needs power and every generation plants service every part of Nigeria. You can see how callous people can be to deliberately remove tower members to bring this thing down,” he added.

Adewunmi’s submission about how vandalism of power infrastructure causes retrogression in the national electricity grid development may not be far from the truth as consumers are usually in a quagmire during such episodes.

As TCN re-energised the Ikot Ekpene to Odukpani transmission line in Akwa Ibom after reconstructing the vandalised tower after four weeks, Adewumi who assessed the completed work, appealed to Nigerians to work to safeguard power assets in their communities.

400MW LOST IN ONE INCIDENT

He stated that the restoration of the power line was a priority for the government, noting that power evacuation of at least 400MW from the Odukpani power plant near Calabar would create relief for the areas that experienced outage after the line was vandalised.

“As we speak, Odukpani NIPP has the capacity to bring over 400MW to the grid but they were shut out because there was no other way to connect to the national grid due to the vandalism,” he noted.

He appealed to the public, especially residents of Akwa Ibom and parts of Cross River state that the company was fast tracking the process and called for patience.

“The tower is back and we have done everything to restore and sustain it on the national grid. We appeal to people to also take ownership of power infrastructure that passes through their communities,” he noted.

NOT ALL GLOOM AND DOOM

While efforts are on to tackle incessant destruction of assets, the federal government has said that it has a deal to ramp up supply.

Nigeria currently operates a grid that has an average of 5,000MW power delivery capacity. To accelerate this and resolve the myriads of complaints about poor power supply, the Nigerian government entered a strategic deal with Germany to have its Siemens undertake end-to-end energy reform for Nigeria under the Presidential Power Initiative (PPI).

That programme, it said is ongoing with procurement of transmission and distribution equipment at an advanced stage and would kick in practically this September towards moving the grid from 5,000MW to 7,000MW.

By next year, it assured that it would take the grid to 10,000MW and by 2025, the programme would have lifted Nigeria’s grid to 25,000MW with its implementation being driven by the FGN Power Company.

To tackle the situation, some experts have insisted that the government, power operators, community residents and security agents should deepen synergy to intercept vandals before they execute their acts.

For instance, the Akwa Ibom State Commissioner for Power And Petroleum Development, John Etim, said the government would work with TCN on mass sensitisation of the public while making laws at the House of Assembly for stricter penalties against vandals. He also said the state had intensified security surveillance to curb vandals’ activities.

A power consultant, Mr Bulus Yaro,  stated that he was aware that some power firms occasionally engage the Nigerian Security and Civil Defence Corp (NSCDC) and vigilante groups to patrol lines. “These efforts are not enough, from time to time, community members including youths should be involved in the process.

“Then security agents should be made to arrest and prosecute dealers in metal scraps especially if they are found to be copper and aluminium conductors. That is when we will start being serious to tackle this sabotage, ”he said.

Speaking on a panel discussion during the week, the Executive Director, Independent System Operator, Maman Lawal, argued that although there had been some reduction in cases of grid collapses, it was unfortunate that the phenomenon was increasing this year.

Stressing that some “critical parameters are really beyond the control of the core industrial players,” he argued that there has to be an integrated approach to all the challenges. “Like I mentioned, it is anomalous, we are in a state of flux,” he said.

The General Manager, National Control Centre, Oshogbo, Balarabe Abdullahi, who spoke separately, said that the industry was dealing with a lot of constraints, including in the major within the system.

“And before we have the stability of the grid, definitely the supply and demand have to have to be at an equilibrium. So there are so many factors and those factors include gas constraints, water management,” he said.

He called for the collective protection of the gas supply facilities so that access by vandals will be difficult, while constant availability of the product will reduce incessant system collapses.

National Strategy for Competitiveness in Raw Materials: Nigeria to save N3.6trn – Onu