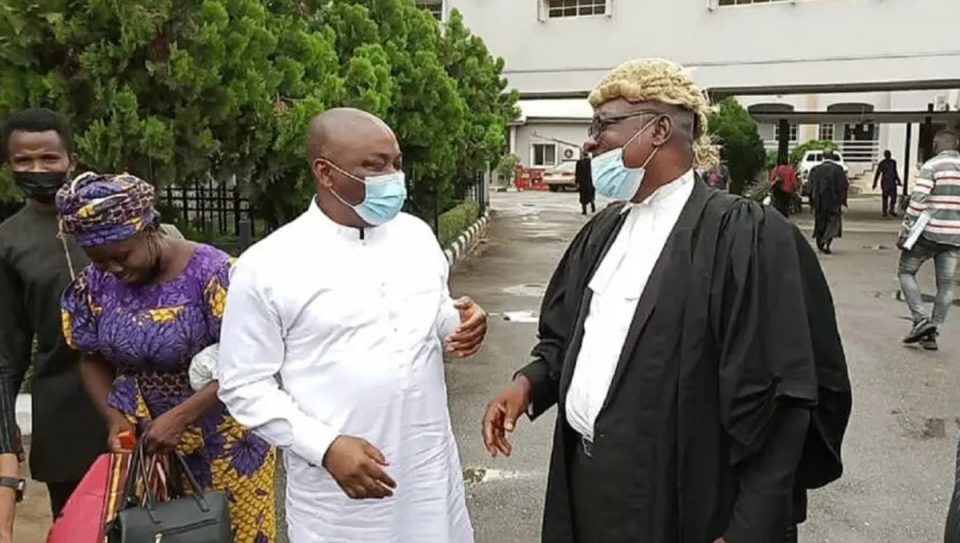 The Lagos Division of the Court of Appeal has sentenced Senator Peter Nwaoboshi (Delta North) to seven years imprisonment for money laundering.

The court also ordered that the senator’s two companies, Golden Touch Construction Project Ltd and Suiming Electrical Ltd, be wound up in line with the provisions of Section 22 of the Money Laundering Prohibition Act 2021.

The Economic and Financial Crimes Commission (EFCC) had arraigned the defendants over the acquisition of a property named Guinea House on Marine Road,  Apapa, Lagos, for N805 million.

The conviction and sentencing Friday were sequel to an appeal by the commission challenging the judgment of Justice Chukwujekwu Aneke of the Federal High Court which discharged and acquitted the defendants on two counts of fraud and money laundering.

The Appeal Court held that the trial judge erred in dismissing the charges against the respondents, noting that the prosecution had proved the ingredients of the offence and consequently found the defendants guilty as charged.