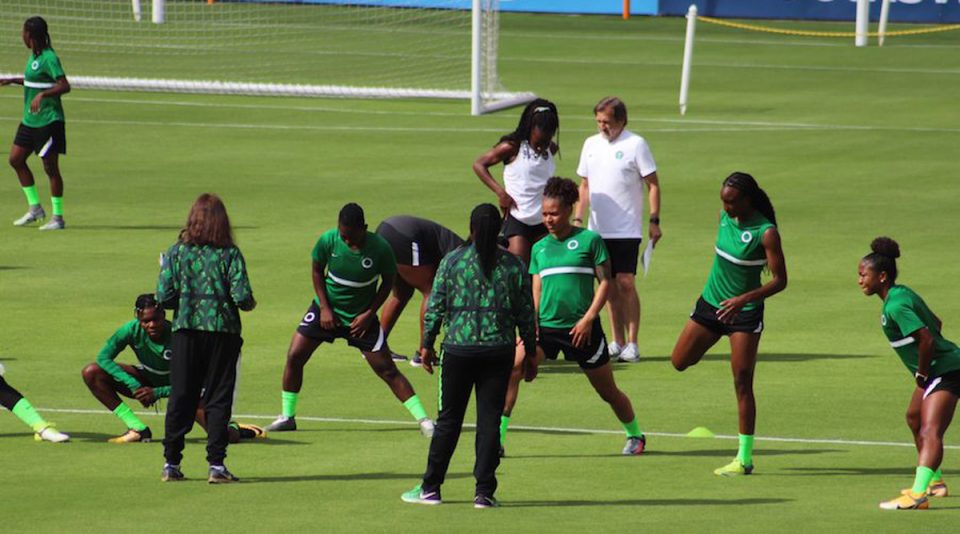 Nigeria’s senior women national team, Super Falcons, who are supposed to by preparing for the third place match at the ongoing Morocco 2022 Africa Women Cup of Nations, yesterday, refused to train as scheduled, demanding immediate payment of their allowances.

The players, who were reduced to nine players during their semifinal game against Morocco, which they eventually lost 4-5 on penalties, had vowed to ensure they left the competition with the bronze medal. But the refusal of the Nigeria Football Federation (NFF) to pay their appearance fees, according to sources, left them with no option than to press for their dues.

The players said the NFF had promised to pay their allowances at the ongoing competition, adding, however, that the Federation has not said anything with only one game remaining for them in Morocco.

This is not the first time the Super Falcons and the current NFF board would clash over unfulfilled promises.

After the Cameroun 2016 edition of the competition, the Falcons refused to surrender the trophy they won by beating the hosts because the NFF did not settle their allowances as agreed.

It took the efforts of Vice President, Yemi Osinbajo, for the girls to be paid. But the NFF reacted by sacking then coach, Florence Omagbemi, who they accused of instigating the girls to embark on the strike.

At the France 2019 World Cup, the girls refused to leave their rooms following the NFF’s failure to settle their allowances. The Federation reacted by stripping Desire Oparanozie of the captaincy, claiming she led the protest against the body.

Nigerian teams have frequently been affected by pay disputes, with coaches regularly going unpaid and players boycotting training during qualifiers or at tournaments over unpaid bonuses.

Nigeria is billed to meet Zambia in the bronze medal game at the Stade Mohamed V, Casablanca tomorrow.

Oluehi the hero as Nigeria win their 9th AWCON title