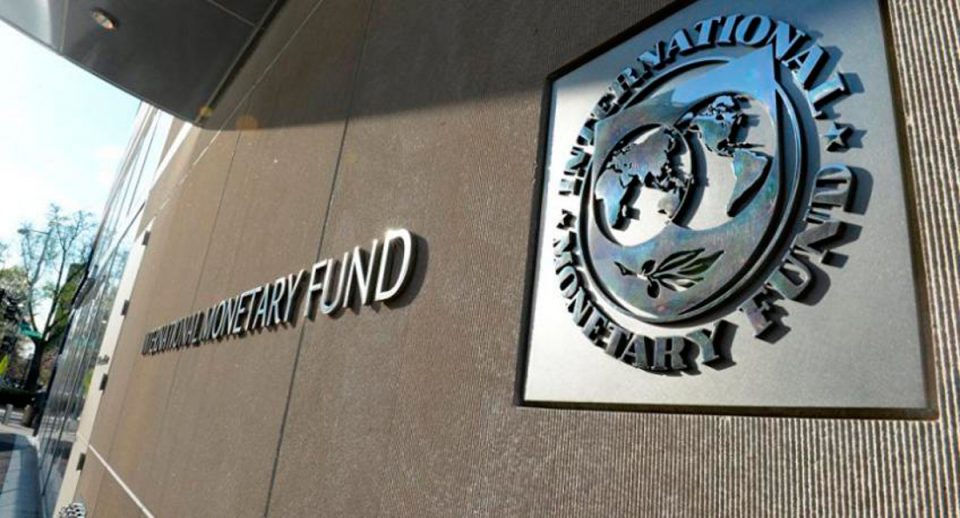 With the constant decline in oil production, the Nigerian government is challenged by very low revenues that have failed to keep pace with growing expenditures. This is driving the country from an oil-dependent nation to a debt-dependent nation. Nigeria’s debt position worsened in the first quarter of this year as the country’s debt stock rose by N2.04trn to hit N41.60tn from the N39.56tn recorded as of December 2021.

It is evident that the country is depending too much on debt, which, according to the World Bank, is becoming costly as debt service consumes a significant amount of the government’s revenue. In a recent The PUNCH report, it was disclosed that the cost of fuel subsidy was estimated to increase by 369.93 per cent from 2021 to 2023.

The International Monetary Fund had earlier warned that debt servicing might gulp 100 per cent of the Federal Government’s revenue by 2026 if the government failed to implement adequate measures to improve revenue generation. According to the IMF’s Resident Representative for Nigeria, Ari Aisen, based on a macro-fiscal stress test that was conducted on Nigeria, interest payments on debts might wipe up the country’s entire earnings in the next four years. Aisen said, “The biggest critical aspect for Nigeria is that we have done a macro-fiscal stress test, and what you observe is the interest payments as a share of revenue, and as you see us in terms of the baseline from the Federal Government of Nigeria, the revenue of almost 100 per cent is projected by 2026 to be taken by debt service. “So, the fiscal space or the amount of revenues that will be needed and this, without considering any shock, is that most of the revenues of the Federal Government are now, in fact, 89 per cent and it will continue if nothing is done to be taken by debt service.” Less than two months after Aisen’s warning, the finance minister disclosed that Nigeria’s debt service cost surpassed its revenue in the first four months of this year.

In September last year, the Minister of Information and Culture, Lai Mohammed, insisted that the Federal Government was borrowing to build world-class infrastructure and not for recurrent expenditure. However, in a document by the Director General of the Debt Management Office, Patience Oniha, the DMO stated that high debt levels would often lead to high debt services and affect investments in infrastructure. According to the DMO DG, “High debt levels lead to heavy debt service, which reduces resources available for investment in infrastructure and key sectors of the economy.”

With Nigeria’s debt on the rise and putting the country at fiscal risk, there is the need to explore alternative financing options. There are four key means to finance infrastructures without resorting to excessive borrowing, according to experts. The four ways include expanding the tax net for more revenue, printing more money, public-private partnerships, and attracting foreign direct investments.

Taxation essentially involves directly taking money from the pockets of citizens and putting it into the hands of the government. The government can deploy money from taxes to fund infrastructure. A development economist, Aliyu Ilias, advised the government to shun borrowing and seek better revenue sources such as widening its tax net and privatising its assets.

A former President of the National Accountants of Nigeria, Dr Sam Nzekwe, also said that taxation was a good means for the government to generate money for infrastructure. However, he stressed the need for a more thorough taxation system.

With the wide array of goods and services subject to Value Added Tax, if up to 80 per cent of due VAT is collected, the government can garner a significant amount of revenue. Therefore, there is a need for a system and process that automatically sweep every due VAT into the appropriate government account without any revenue leakage, experts say.

However, increasing taxes may have a detrimental impact on the economy and Nigerians. A political economist and former presidential candidate, Prof. Pat Utomi, warned against increasing taxes, which would negatively affect production and create a vicious business environment.

Early this year, the Abuja Chamber of Commerce and Industry had called the attention of the Federal Government to the issue of high taxation, stressing that it had crumbled many enterprises and worsened joblessness in the country.  The chamber advised the government to broaden the tax base and reduce the country’s tax rates in a statement issued in Abuja and signed by the ACCI President, Al-Mujtaba Abubakar.

It said, “Increased level of inflation, high taxes, and high-interest rates contribute to the increased cost of production. This has resulted in many businesses not breaking even, and many are closing shops.

“The situation is further complicated by insecurity challenges and the exchange rate instability. We recommend easing the harsh business environment by transforming regulatory agencies into facilitating bodies.

“In a drive to generate funds at all costs, businesses in Abuja are subjected to more than five levels of taxation. This needs to change so that SMEs can thrive and employ more workers to ease the increasing level of unemployment.”

With both borrowing and taxation, the government has to take money from some people to finance infrastructure. However, this other alternative allows the government, through the CBN, to simply print more money. The governor of CBN, Godwin Emefiele, said in April last year that printing money was a key mandate of the central bank, and the bank must always act to support the government during financial difficulties. In November last year, it was reported that the CBN spent the sum of N58.62bn to print 2.52bn Naira notes, valued at N1.06tn in 2020, according to the apex bank’s 2020 Currency Report posted on its website. In the report, the CBN indicated that the notes were printed in the country by the Nigerian Security Printing and Minting Plc. While this may be a good way to fund infrastructure, as can be seen in the United States of America, experts have warned that it may trigger inflation, which is currently on the rise in Nigeria.

For a PPP project, financing comes partly from the private sector but requires payments from the public sector and/or users over the project’s lifetime. The private partner participates in designing, completing, implementing, and funding the project, while the public partner focuses on defining and monitoring compliance with the objectives. Risks are distributed between the public and private partners through a process of negotiation.

A professor of Economics at the Olabisi Onabanjo University, Ago-Iwoye, Ogun State, Prof Sheriffdeen Tella, decried the worrisome debt level of the government, urging the government to consider other ways of generating revenue, including PPP.

He said, “Even at the level that we are now, it is worrisome, not to talk of planning to borrow more. It is unfortunate that the government is always thinking of borrowing, instead of thinking of other ways to generate revenue.

Foreign direct investment is a purchase of an interest in a company by a company or an investor located in a foreign country. It involves a business decision to acquire a substantial stake in a foreign business or to buy it outright in order to expand operations to a new region.

The World Bank has said that FDI is critical to economic growth since it contributes to increased productivity, innovation, and technology transfer. It says FDI supports the diversification of the economy and helps domestic firms export more. With a population of 200 million people, Nigeria is Africa’s largest economy. It is, therefore, a country with the significant potential for foreign direct investment and foreign investors. However, there have been challenges such as a weak macroeconomic environment, policy inconsistency, and the absence of a well-defined strategy for FDI as a component of economic growth strategy. FDI into Nigeria has declined markedly in the past several years.

On the reason for the decline, the Chief Executive Officer, Centre for the Promotion of Private Enterprise, Dr Muda Yusuf, said the investment prospects in the country had nosedived due to insecurity.

The Nigerian Economic Summit Group has said that  the Federal Government must find a sustainable solution to the issue of insecurity in the country in order to retain the interest of existing local and foreign investors and attract new ones.

This is one of the key recommendations by the group in its research titled, ‘Sectoral Development: Assessing the Conditions that drive Youth Employment in Key Sectors of the Nigerian economy’.

During a recent Monetary Policy Committee, the CBN Governor disclosed that an unconducive domestic investment climate was impacting capital inflows into the nation. He said, “The net FDI has been very low while there was a substantial reversal of FPI flows from the country in the fourth quarter of 2021. This poor trend is apparently due to the unconducive domestic investment climate which appears to be worsening.”

In light of this, there is a need to attract foreign investments into the country. To do this, the government needs to create a business-friendly, secure environment with minimal risks for investors, experts say.

It is evident that with steady revenue from reasonable taxation and money printing, as well as seamless public-private partnerships and constant FDI, the government can have world-class infrastructures without driving the country into a debt crisis.