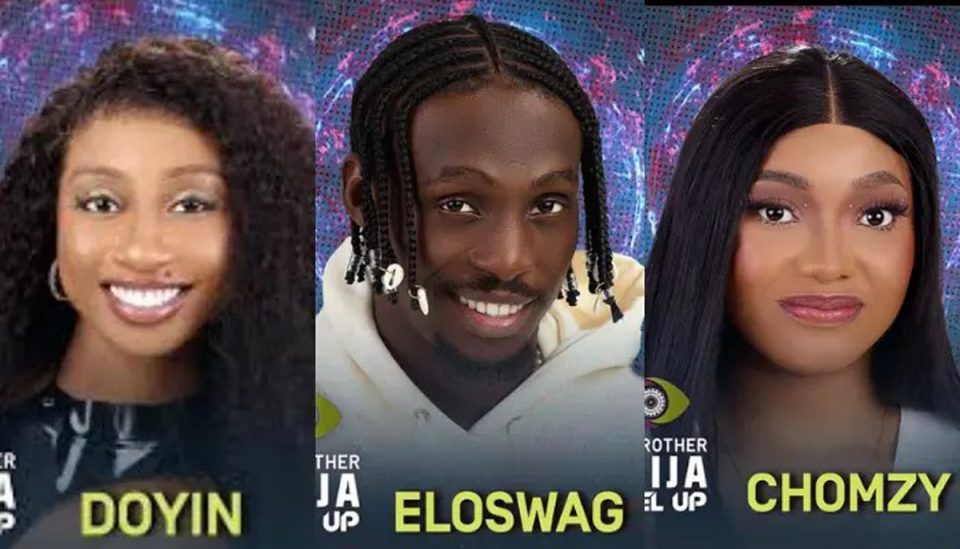 As the Big Brother Naija Season 7 gradually enters its closing weeks, a new twist has been brought to the show.

Host Ebuka on Sunday announced the creation of Level 3 house where evicted housemates will be until at least Sunday, September 18.

During Sunday eviction, Doyin, Eloswag and Chomzy got the axe from the show.

A statement on Big Brother Naija’s website read: “The House Guests are no longer in the running for the highly coveted Grand Prize but are eligible to earn winnings from Sponsored Tasks. Unbeknownst to them and the Housemates, they will occupy Level 3 until 18 September at the very least, partaking in normal House activities such as Diary Sessions, Tasks and Head of House Games. Nominations also remain the same, but no one in the House would know if the House Guests are Evicted or not.”

This means that Level 2 has now become Level 3 —a home for the evicted Housemates.

It was made known that the evicted housemates will no longer be referred to as such but as House Guests.

Ebuka also explained that the evicted housemates despite being in the Level 3 house are out of the running to win the N100million grand prize.