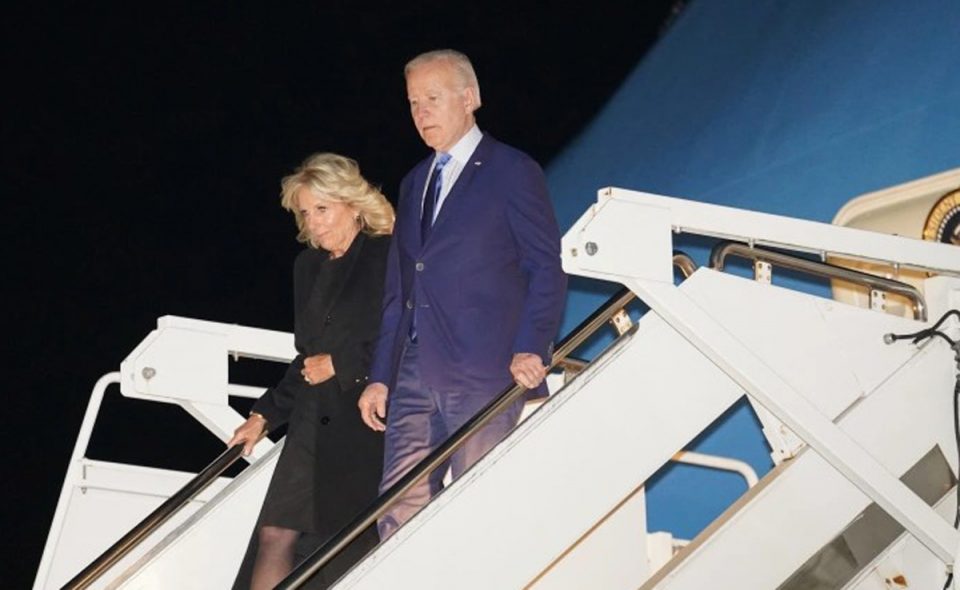 US President Joe Biden arrived in Britain late Saturday ahead of Queen Elizabeth II’s funeral, an AFP photographer on board Air Force One said.

He is expected to pay his respects at Queen Elizabeth’s coffin and meet the new King Charles III on Sunday ahead of Monday’s state funeral.

However, a planned meeting with Britain’s new Prime Minister Liz Truss has been cancelled.

Instead, they will hold a “full bilateral meeting” at the UN General Assembly on Wednesday, her Downing Street office said.

It did not provide further details on why the original meeting with Biden had been cancelled.

Ekweremadu is treated harshly, unwell, may not be granted bail, says UK lawyer

NLC to Keyamo: our position on petrol subsidy removal unchanged