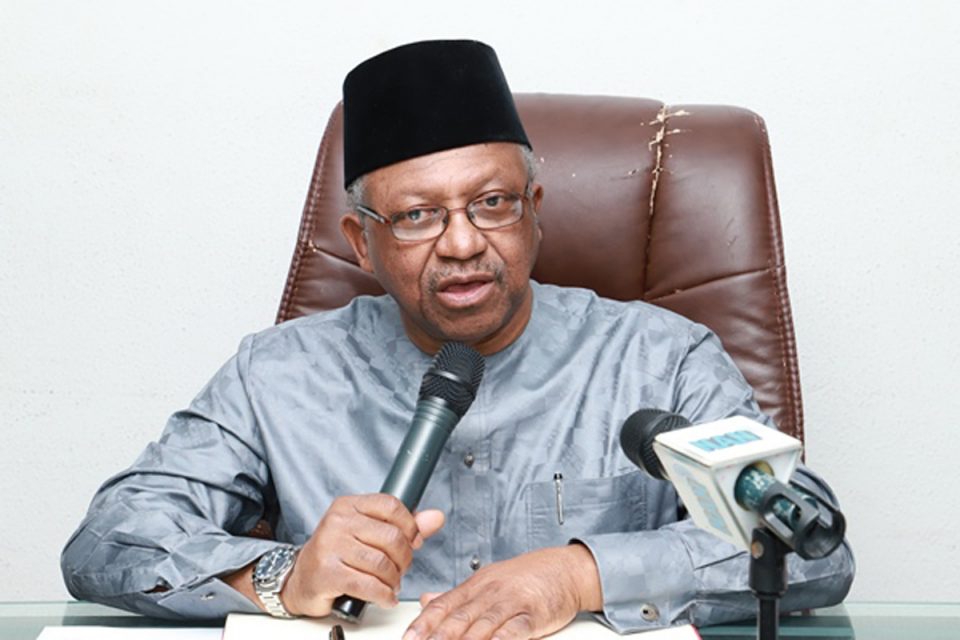 The Global Fund to Fight AIDS, Tuberculosis and Malaria has suspended procurement in the National Agency for the Control of AIDS following a discovery that bids for a contract worth $12m for the upgrade of warehouses in 13 states were allegedly tampered with by unidentified NACA officials.

Various audits by the international financing and partnership organisation had also raised red flags on the opaque procurement processes and financial discrepancies in NACA.

Already, a five-member team from the Fund is currently reviewing the agency’s procurement process.

The review, which is part of the Fund’s mission, started on September 4 and will end by September 30.

Our correspondent learnt on Saturday that the health programmes being managed by NACA under the Global Fund would now be taken over by the National Tuberculosis and Leprosy Control Programme.

Nigeria is the single biggest recipient of Global Fund grants, having been allocated over $1.5bn for the 2017-2019 and 2020- 2022 funding cycles. The Global Fund also allocated $294m to Nigeria to mitigate the impact of COVID-19.

Nigeria has the third highest number of HIV infections in the world as 1.7 million people are living with HIV/AIDS.

In March 2021, it launched three new grants to strengthen the fight against HIV, TB and malaria, and build resilient and sustainable systems for health in Nigeria.

Data obtained from the GF website on Saturday indicated that the $725,537,538 grant meant for the fight against HIV/AIDS and Malaria, and resilient and sustainable systems for health falls under NACA’s management.

It was gathered that the GF was displeased with the lack of transparency in the procurement processes in NACA.

An audit released in March had exposed how procurements related to COVID-19 worth $19.6m were awarded to unregistered businesses and contractors.

A 2016 audit report similarly identified $20m expenditure for which NACA was unable to provide supporting documentation.

The suspension of procurement might lead to the withdrawal of N401.2bn ($573,174,655.02) unspent grant if the issues were not speedily resolved.

A senior official said, “What brought up this issue is the contract for upgrading warehouses in 13 states to pharma-grade level. Global Fund is providing a large chunk of the funding. States are also expected to provide a part of the fund.

“A project management firm was responsible for the valuation of the contract, bill of quantity and the rest of that. They have done the first phase of technical evaluation and they were in the process of the second phase, which is the financial evaluation, when there was an allegation that the financial bids were tampered with. The bags containing the bids were said to have been cut open by unknown persons at NACA last month.

“Following protests by the contractors, they were forced to suspend the exercise and the procurement was stalled. Presently, only 21 per cent or so of the $927,842,014 grant approved for the 2021-2023 funding cycle has been spent.

“This means that the outstanding $732,995.191.06 may be recalled if the issue is not speedily resolved. This is a programme that is time-bound and if the fund is not used for the purposes, it will be recalled by the GF and the nation will lose the benefits that should have accrued to the people.”

To resolve the NACA procurement issues, our correspondent learnt that the national committee in charge of the grants called Country Coordinating Mechanism and the Global Fund team met and resolved that all NACA procurements should be handled by the National Tuberculosis and Leprosy Control Programme, which is also implementing the Global Fund programme on TB.

Reliable sources said the CCM members were, however, divided following a recommendation that the procurement should be overseen by the Special Assistant to the Health minister, Itohan Ehanire, who is the minister’s daughter.

It was gathered that the CCM is chaired by the Minister of Health, Dr Osagie Ehanire.

A source said, “The decision has divided the CCM members, some of whom see a conflict of interest in the whole thing.  Another anomaly is that the minister’s daughter, as the special assistant to her father, earns N3m every month paid by the Global Fund.

“She doesn’t attend any meeting, but only sits in her father’s office. Some of the 24 CCM members are uncomfortable with the current situation and how the CCM and Global Fund are handling the matter.”

The Executive Secretary, CCM, Mr Dozie Ezechukwu, confirmed that a decision had been taken to outsource the GF programmes being handled by NACA to the National Tuberculosis and Leprosy Control Programme.

He also confirmed that Itohan would oversee the programme, adding that this was to ensure efficiency and timely delivery of the benefits to Nigerians.

Asked if the decision of the CCM to appoint Itohan did not constitute a conflict of interest since her father is the chairman of the CCM, Ezechukwu dismissed such concerns, noting that the GF programmes were not all about contract awards.

Defending the decision, the public health expert said, “The goal is to save lives.  I understand the argument about the conflict of interest, but it is not the truth. Grants are not about procurement.

“In fact, while the grant was at NACA before this issue came up; at the CCM level, it was decided that the executive secretary (Ezechukwu) and special assistant to the minister should support NACA to see how we address those issues and move forward.

“The objective is oversight, not supervision. While it is also important when there are bottlenecks; you know how the government works; maybe a file is sitting somewhere for too long. The point is if that is happening, the minister wants it to be brought to his attention immediately.

“If you want to bring it to his attention formally, it may take another  week for the route the memo has to go, but he (minister) wants an informal route, even if it’s through phone calls or text message. The goal is to ensure that we don’t experience delays.”

Another CMM Executive Secretary, Mr Ibrahim Tajudeen, contended that the argument should be about delivering the health benefits of the grant to the nation and not necessarily about the personalities managing the procurement.

He stated, “If it is about conflict of interest, should she have been appointed as the SA to the minister? What were we looking at before now (when she was being appointed)? Are you aware that the minister’s daughter as SA to the minister is getting salary from the grant?

“The roles and responsibility of that position or officer include providing oversight between the minister’s role  and the grant implementation, and to facilitate resolving of any bottlenecks that are capable of hindering the progress and benefits that accrue to the Nigerian people.”

Tajudeen said NACA had been informed that Ezechukwu and Itohan would provide oversight of its programmes, noting that the nation should be more concerned about the consequences of not providing the benefits of the grant to the beneficiaries.

“Do we have to wait till now to raise this observation that there is conflict of interest?” he queried.

Tajudeen said the review was an indication that the GF lacked confidence in NACA.

But the NACA Director-General, Dr Gambo Aliyu, said he was not aware that the GF programmes had been taken away from his agency, adding that there was no formal communication to that effect.

He said, “There is a recommendation that we discuss issues with other SRCs to look at how some other people could help us do procurement. Legally by the law, we are not allowed to do such things without assessing the individuals we are working with and without assessing who we are giving money to do work for us.

“So, there is no such decision yet; we are discussing and we are looking at ways to strengthen our internal control mechanism to make sure that our absorption moves as fast as it could.”

Asked about the outsourcing of the GF procurement to the National Tuberculosis and Leprosy Control Programme, the DG stated, “I’m not aware of that; maybe there is communication that should come to me. But at the moment, I’m not aware.”

On the alleged tampering of the financial bids, Aliyu claimed no procurement fraud had been committed under his administration, citing a report by GF that reportedly absolved him of any wrong-doing.

When asked about the propriety of appointing the minister’s daughter to oversee the NACA contract process, the spokesperson for the Health ministry, Ahmadu Chindaya, simply said, “What do I say? You should address your questions to the minister. Come to the ministry and talk to the minister.”

Ehanire could not be reached for comment as he was said to have travelled to New York for the September 19-21 Global Fund’s Seventh Replenishment Conference, where the organisation plans to raise $18bn “to save 20 million lives, prevent more than 450 million infections, and reinforce systems for health and pandemic preparedness.”

Govt has no option than to pay N30,000 minimum wage, says Ajaero