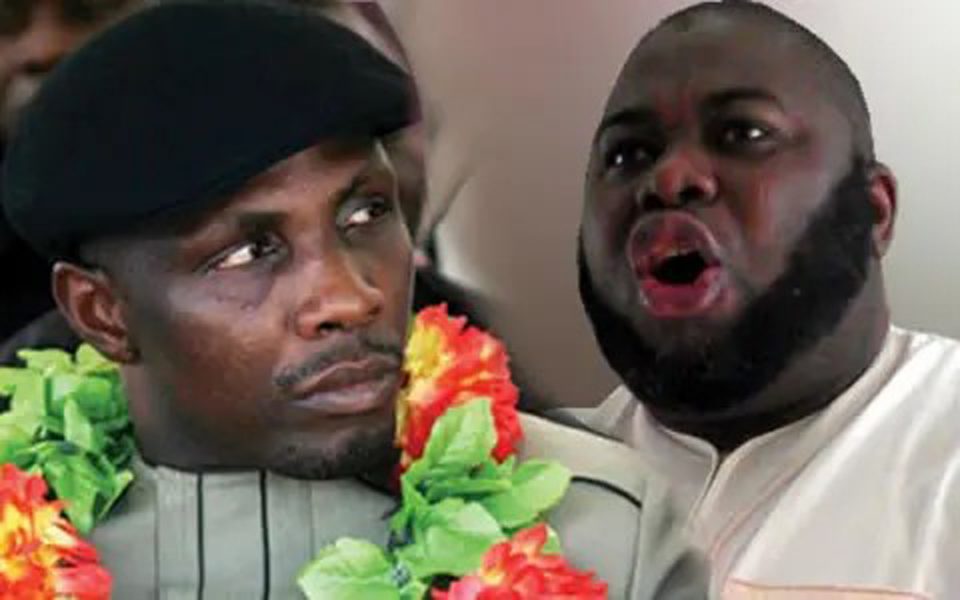 The trending over-blown controversy on the Federal Government’s pipeline surveillance and security contracts to some contractors in the Niger Delta, including Government Thomas Ekpemupolo (alias Tompolo), Alhaji Asari Dokubo and a yet- to-be identified Ishekiri top shot is uncalled for, to say the least.

The controversy, a storm in a cup of tea, should not arise at all, given the state of decay, neglect, impoverishment, the Niger Delta environment and its people have continued to suffer in the hands of an uncaring Nigerian State. If the truth must be told, the palliatives, in form of interventionist agencies, to shore up development in the region have proved to be mere cosmetics. They give to the region by the right hand and take back a very better part by the left hand. These agencies are superintended from the federal authorities, notably the presidency and our delegated authorities.

And this neglect, this nonchalance to the developmental needs of the Niger Delta has gone unchecked for close to 70 years. That is the plain truth. The hand of history cannot be twisted.

Why the launch of a bitter dia-tribe between our illustrious freedom fighters against themselves because of peanuts dangled at them to share; for which they are going to put in more work than necessary to protect pipelines for our oppressors? Why this unnecessary altercation over what rightly belongs to the Niger Delta as a region, which has continued to richly spoon-feed the so-called Federation and made the environments of the majority groups and the federal capital city sparklingly white and clean in terms of socio-economic and infrastructural development architecture?

Can these our dear sons see the time-honoured divide and rule tactics being played against them and the region? Can’t they see beyond their nose, the penchant of the oppressor in creating at every turn, the antics of breaking their ranks? All these, cleverly orchestrated to continue to fritter away our petroleum resources to satisfy their lavish lifestyles and also to satisfy the developmental needs of Abuja, Lagos, Kaduna, Ibadan, Abeokuta and other such places other than Niger Delta, where the petro-dollar proceeds from their crude oil are exploited!

Let the Tompolos, the Asari Dokubos, the freedom fighters of the region and their able followers sheath the sword. This is not time to speak in discordant notes. It is not time to play into the hands of our enemies because of crumbs from the task-master’s attractive dining table decorated and furnished with assorted dishes; unfortunately prepared from the proceeds of our rich petroleum resources.

The question of territorial control should not arise here. The Niger Delta environment, North, South, East or West, should be seen as our heritage; so these contracts should be executed to the region’s collective advantage, working in synergy and appropriating the profits arising from the proceeds of the projects accountably. Fortunately, there is a lead in the direction of an all-inclusive execution of the project and accountable dispensation of funds from Tompolo when he addressed a congregation of traditional rulers, critical stakeholders and the press in Gbaramatu a few weeks ago. And I want to believe that the rest other four contractors are in line with Tompolo’s programme of action for the execution and dispensation of funds for pipeline surveillance and security contracts in the Niger Delta.

It is time, therefore, for our sons to think through these devices of hatred, rancour, divisiveness thrown at them as bait and form a formidable common front to frontally and decisively bring to naught these sharp arrows shot at them and by implication, the people of the Niger Delta. What to do? Form a synergy on the implementation of the pipeline surveillance security contract allocated to the five contractors in the region. Let them work together seamlessly to deliver the projects allotted to each of them to meet its intended purpose.

It is now known that the pipeline protection contracts awarded to five companies, all put together is a little over N200 billion per year. This, to my mind, is a paltry sum in comparative terms, going by the huge petroleum production profits to the central government and even what trickles down to the states, local governments and parastatals of government.

Apart from the Ishekiri top shot whose yearly contract value is said to be a little over N100 billion, the rest, from impeccable sources, revealed that the other contracts are pegged at little less than N50 billion yearly.

The reasonable thing to do, therefore, is to work as a team to make use of the slim profits from their efforts, while the region, its leadership and critical stakeholders go back to the drawing board to effectively map out strategies for advancing Niger Delta’s clamour for the rights and privileges of their petroleum resources; that is, making a clear case against the ownership by the Federal Government of petroleum in the Niger Delta.

Asari Dokubo is a dogged fighter who has paid his price for the political and economic emancipation and advancement of the Niger Delta. I have known him since the 1980s when he was yet a toddler in this fight through the auspices of the then IYC and MOSIEND in the days of the indefatigable Ogoriba and the then Ijaw National Congress, INC, under the able and inspiring leadership of Chief Joshua Fumudoh.

Tompolo is also an erudite freedom fighter, totally committed to the cause of his people in the Niger Delta. His exploits in these areas are well known and glowingly acknowledged, both nationally and internationally. I have had cause to meet with him recently again at Gbaramatu, his home base, after a long while and from the interaction he had with the distinguished congregation, it still remains a formidable force to be reckoned with in Niger Delta.

Together, and with others drawn from the ethnic groups in the Niger Delta, these contracts can be seamlessly and effectively executed for the needed peace and security in the region, and for uninterrupted production of crude oil, through which illegal bunkering can be drastically minimised in the Niger Delta.

It is my considered opinion, therefore, that the five contractors should come together and synergise in the execution of these contracts for their collective benefits. Instead of the present in-fighting which would only take the region off-course in their continued efforts at fighting for self-determination, resource control and environmental justice.