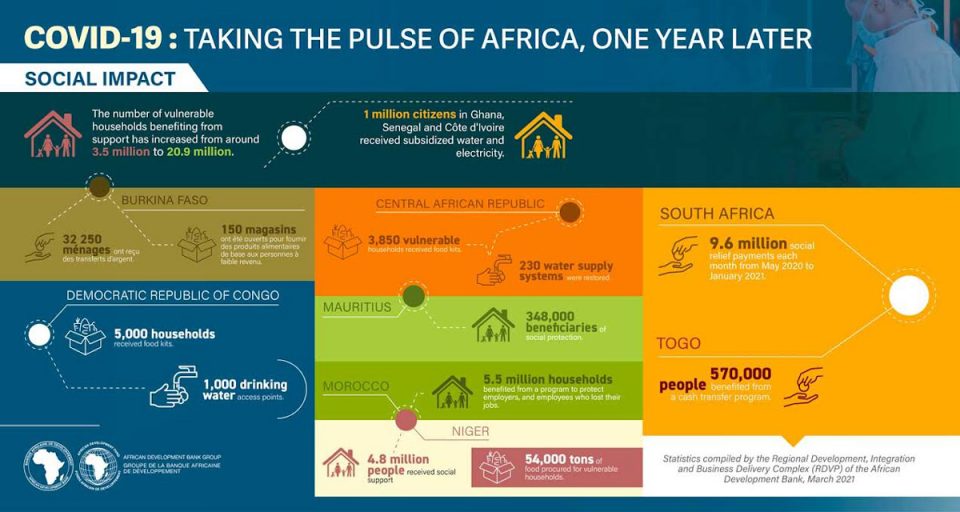 To fast track economic development and prosperity of Africa, economists and public policy experts are calling for increased sustainable investment. The advice formed the crux of the discourse at the Africa Investment Forum, in Abidjan recently. Ugo Aliogo who attended the event reports

The future of the African economy is one that would be driven by huge investments, not aid from the West. The era of aid from the West is fast becoming a mirage. Therefore African governments should increasingly canvass for investments across all sectors of the economy rather than going cap in hand to the West to beg for aid.

On a positive note, statistics show that Africa has shown resilient recovery from the COVID-19 pandemic. Foreign direct investments in Africa declined from $47 billion in 2019 to $40 billion in 2020 because of COVID-19. The continent recovered in 2021, as Foreign Direct Investments (FDI) rose to $83 billion, doubling the flows in 2020. By 2050, Africa will account for over one quarter of the world’s population. The continent has the largest sources of renewable energy in the world. She has 65 percent of the uncultivated arable land left to feed the world. The future of electric cars in the world depends on Africa because it has the largest sources of cobalt in the world, with massive sources of lithium in Zimbabwe, Namibia, Ghana, Mali, and Democratic Republic of Congo.

President of the African Development Bank Group, (AfDB) Dr. Akinwunmi Adesina, had said at a virtual Africa Investment Forum held in March this year that the bank secured $15.6 billion in investment interest for the construction of the Lagos-Abidjan Highway.

He also stated that the highway, which carries 75 per cent of trade in the West Africa region, would help unleash greater growth, trade, and investment across the region.

Speaking at the forum, he stated that the forum was known for delivering amazing investments for Africa, adding that in four years since its commencement in 2018, it has helped to mobilize $110 billion in investment interests to Africa.

He further explained that the $600 million securitized finance to support the cocoa board of Ghana, has helped Ghana to grow its cocoa production by one million metric tons, with infrastructure for warehousing and cocoa processing.

According to him, “The African Continental Free Trade Area is the largest free-trade zone in the world connecting economies worth $3.3 trillion. So, Africa cannot be ignored.

“If you are not investing in Africa, think again! Africa is the investment frontier in the world – today and in the future. Invest in Africa today, benefit from its great future.

“The landmark $24 billion Liquefied Natural Gas Project of Mozambique which was structured and closed at the Africa Investment Forum, is the largest ever foreign direct investment in Africa. It will turn Mozambique into the third-largest exporter of natural gas in the world and add $66 billion to its economy.

“In the next 72 hours, we will have curated several investment ready projects for you as investors. These range from renewable energy hydropower, gas infrastructure, railways, roads, and water transport. They include agriculture, health, mining, fertilizer manufacturing, port infrastructure, and urban green transport. They include sports, urban housing, and private equity feeder funds.”

The AFDB President stated that there is need for more transparency, accountability and efficiency in the management of public loan infrastructure financing in Africa, stating that the bank does not encourage countries using their natural resources to back up infrastructure loans.

He also stated that all public infrastructure financing should be competitive, while pricing should be done in such a way that it gives value for money to those countries, adding that there must be transparency and efficiency in the use of public resources for infrastructure.

Adesina expressed concern that rising public debts due to unsustainable public infrastructure financing plans would mortgage the future of those countries.

According to him, public financial efficiency and financing are important, adding that the focus should not be on financial commitments deployed into infrastructure, but the efficiency of the expenditure.

The AFDB president further explained that the bank and its partners have embarked on three major areas of priority which he said would promote the economic transformation of the continent. These are Agriculture, Electric car manufacturing and Renewable energy.

Adesina disclosed that in the area of agriculture, the bank would work collectively with its partners to support the various Special Agro-industrial Processing Zones [SAPZs] across Africa, adding that they are doing a lot in that regards.

According to him, “Everywhere we are, we want to turn around agriculture into a wealth sector. We will change the face of rural agriculture and we have committed ourselves to that. We will put our technical resources together to make electric cars in Africa a reality. On the issue of renewable energy, the bank and its partners would be making $20 billion dollars investments to generate to 10,000 megawatts of solar power across 11 countries that would provide electricity for 250 million people in Africa. Presently, we have already started that. We will manufacture our own solar panels in Africa and this is a different way of working together.”

In his remarks, the President and Chairman of Board of Directors, African Export-Import Bank, (Afrexim), Professor Benedict Oramah, said the recurrent global shocks, currently unleashed by the lingering effects of the Covid-19 pandemic, the ongoing Ukraine crisis and the intensification of geo-political tensions are reshaping the world in a way not previously imagined.

He also stated that although shocks have adverse ramifications for African economies, they can also serve as a springboard and present enormous opportunities for Africa to rethink, reimagine and re-write their stories in a positive manner that would endure.

Oramah, who spoke on the theme: ‘Trade and Investment – How can Africa be More Competitive in a Global Context’ said at the height of the pandemic downturn in 2020, the continent’s average  Gross Domestic Product (GDP) contracted by only 1.6 percent against world average of 3.3 percent, with several of its economies recording positive growth.

He further explained that notwithstanding the observed resilience and robustness of its economies, it is sad to note that over 56 percent of African countries rated by at least one of the major global rating agencies, were downgraded, compared to 9.2 percent in Europe and 28 percent in Asia.

The Afrexim bank president remarked that the effect of the inexplicable mass downgrade was to precipitate far-reaching economic crises as African bond prices crashed and made it difficult for most, if not all, to access the international debt capital markets, pointing out that most ended up at the doors of International Monetary Fund (IMF), with their heads bowed and unsure of how to manage mass anger at home.

Continuing, he added: “It appears that Africa is once again on the path to the dark days of the lost decade of the 1980s, only that this time, it appears to be a victim of excessive trust on what it neither understands or controls. As we work at providing an authentic narrative of the continent, trade and investment are important elements of Africa’s growth story. Despite Africa’s trade reaching about US$1 trillion from low levels of less than USD300 billion in the 1990s, the continent continues to account for less than 3% of global trade. The low level of Africa’s trade relative to the world, is to a large extent attributed to the colonial legacy – where most African colonies were set up to produce raw materials to feed industries in the metropolis.

“The challenge with Africa’s trade is far from being just competitive. It gives me the opportunity to argue that competitiveness in the global context is a contrived notion intended to deceive those the world intends to leave behind. It is when we understand that this is the case, that we Africans can double our efforts to take our destiny in our own hands, through the effective implementation of the African Continental Free Trade Agreement (AfCFTA). It is only then that we will realise that it will be foolhardy for us to sit on our plans and expect some benefactor to emerge and help us make the AfCFTA work.”

Speaking, President Muhammadu Buhari outlined plans to reposition Nigeria’s sports industry as a business and tap into the opportunities in the sector.

He said the sports industry has an expansive value chain that is capable of creating employment opportunities, transforming the economy and accelerating the economic prosperity of the country.

He also noted that the administration is committed to taking sports from being a recreational activity to a business driven-industry,  while assuring investors that the government is putting in place necessary measures to fix the infrastructural challenges that the economy is experiencing.

Buhari who was represented by Minister of Finance, Budget and National Planning, Mrs. Zainab Ahmed, said the Nigeria agenda 2050 is government’s long-term plan, adding that part of the goals is turning sports into a business.

He noted that the targets that the administration has set for the sports ministry is within the medium term plan 2021 to 2025, “so within up to 2025, we must have been able to push sports into the business arena.”

The president expressed confidence that the Nigeria Startup industry is doing very well, noting that there are five unicorns already in the country, therefore the digital city would give opportunity for growth and development to investors and entrepreneurs in that value chain.

According to him, “This morning there was a plenary session on sports business. The Nigerian government in its agenda 2050 plan had defined and planned for sports to become a business and the Minister of Sports, Mr. Sunday Dare had last week launched as sports business policy.