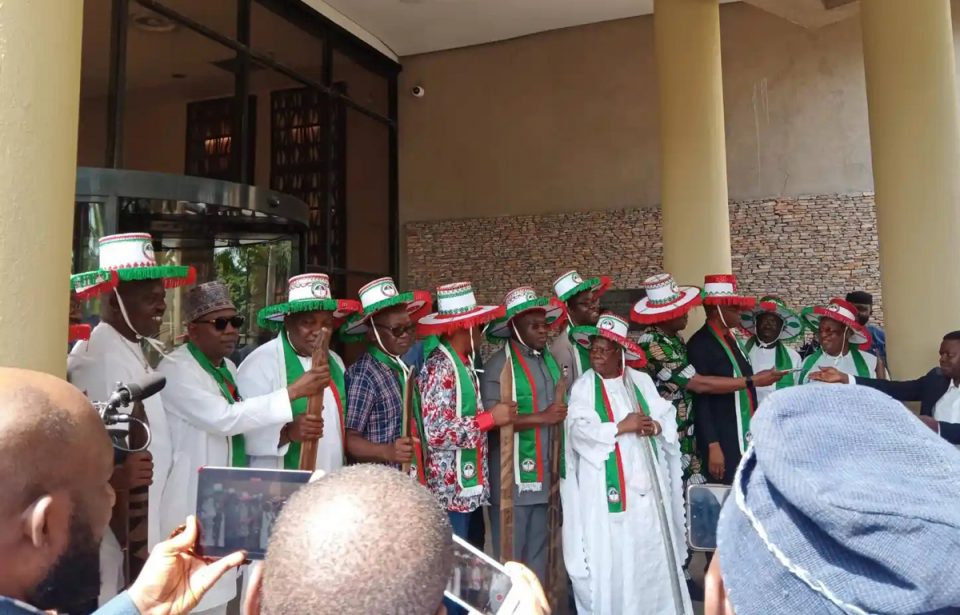 Some aggrieved members of the Peoples Democratic Party (PDP), led by a group of five governors of the party (G-5), were yesterday embarrassed in Lagos, as their gathering was interrupted by PDP faithful in the state, who sang songs in support of the party’s presidential candidate and former vice president, Atiku Abubakar.

Nonetheless, the dissenters, who rebranded themselves as Integrity Group, reiterated their readiness for reconciliation with PDP and Atiku, whose emergence as presidential candidate and subsequent choice of running mate had formed the crux of their grievance.

The state PDP members exposed the group’s alleged plan to undermine the presidential aspiration of the party’s candidate and insisted that Atiku was their choice candidate for 2023.

One of the PDP members at the meeting, Kunle Folorunsho, who narrated what happened in a video clip that went viral, said the meeting, which was at the instance of Chief Olabode George, commenced with the former deputy national chairman of the PDP revealing a plot to undermine his party.

Folorunsho said George had told the meeting that they would only vote for Senate and House of Representatives candidates of the party and would have nothing to do with the presidential and governorship elections. He said it was at this point he raised an objection that the party had a presidential candidate in the person of Atiku and that he was the one they would vote for.

Folorunsho said hardly had he finished expressing his thoughts than supporters of George, sporting special Tee-shirts, descended on him and tore his clothes, but he was rescued by others rooting for Atiku, who fought back.

As the governors, also called Integrity Group, and the others made to leave in their vehicles, according to Folorunsho, the crowd outside the venue of the meeting held at George’s office on Lugard Avenue, Ikoyi, started chanting “Atiku…Atiku…Atiku”, a clear message to George and co that Lagos might be impenetrable for their anti-party activities.

The G-5 and other aggrieved PDP leaders had met for over three hours, pondering their options.

Former governor of Plateau State, Jonah Jang, who spoke for the group, said, “We are still standing with the decision in our last meeting in Port Harcourt, where we declared that we are still open to reconciliation.”

The group is demanding that National Chairman of PDP, Dr Iyorchia Ayu, should step down and be replaced by a southerner for balance of power in the party, since the presidential candidate, Atiku, is a northerner. They have also decided to stay off the PDP presidential campaign until their demands were met.

Anyone trading with Iran will not trade with U.S. – Trump