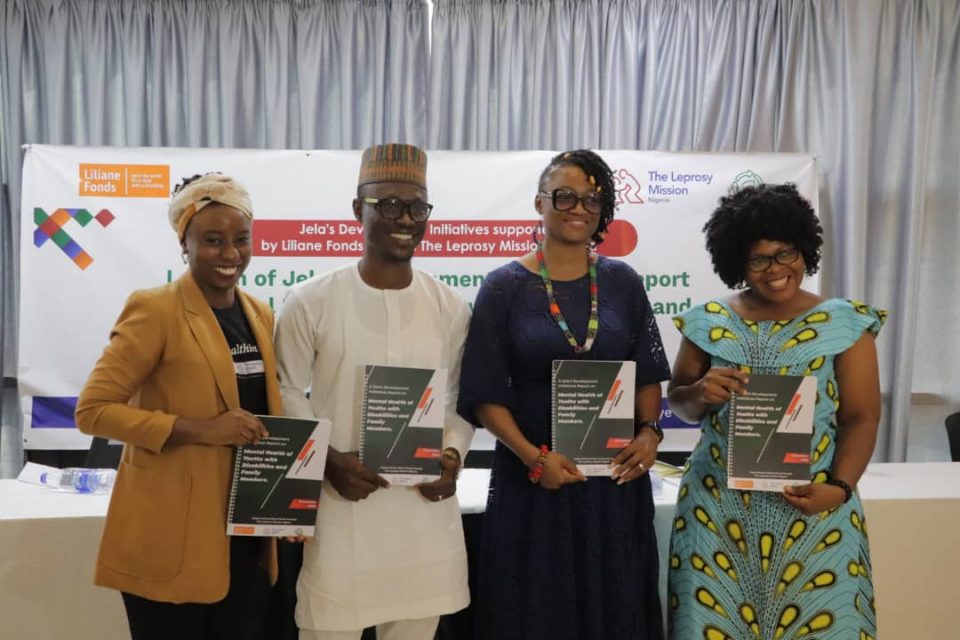 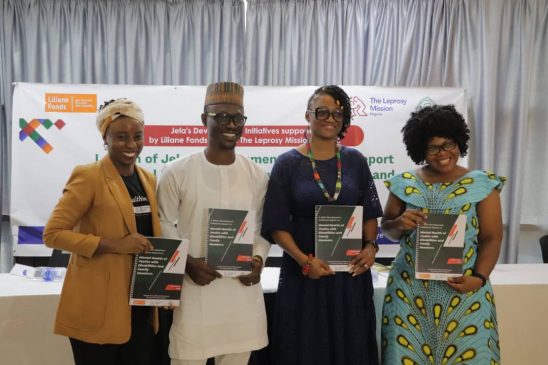 A Non-Profit Organisation, Jela’s Development Initiatives, (JDI) has released a comprehensive report on the mental health of youths with disabilities and their family members in the country.

The Founder of JDI, Angela Ochu-Baiye, made this known in a statement issued in Lagos on Friday.

Ochu-Baiye noted that the report was informed to further draw attention to the issues faced by persons with disabilities and their family members, especially as it pertains to how social exclusion.

The founder added that others social exclusion were abuse, harassment and other challenges may lead to depression and anxiety amongst them.

She said: “The report was launched today (today), after thorough research and robust interface with a cross-section of youths with disabilities.

“This is particularly those with albinism, dwarfism, the visually impaired, the hearing impaired, sickle cell warriors and those affected by leprosy.

“Through 20 group therapy sessions in the FCT and Lagos, the organisation reached 264 youths with disabilities and 81 family members, making a total of 345 beneficiaries and study sample.

“The report was informed by the need to further draw attention to the issues faced by persons with disabilities and their family members.

” This is especially as it pertains to how social exclusion, abuse, harassment and other challenges may lead to depression and anxiety amongst them.”

Ochu-Baiye said the main purpose of this report was to create awareness for the findings from the concluded project, raise issues youths with disabilities (YWDs) grapple with.

She added that it was to also strengthen the inclusion of YWDs and provide directed messages to key stakeholders that would form a resourceful reference for building a more inclusive society.”

The founder said the main among the recommendations contained in the report was an urgent need for a holistic implementation of the Discrimination Against Persons with Disability (Prohibition) Act 2018.

Ochu-Baiye said this was to ensure inclusion for persons with disabilities through building structure, employment, education and much more.

According to her, for sickle cell warriors, JDI has also called for the rollout of a special package from the National Health Insurance Scheme to support the financial strain of the condition on families.

Underscoring the need for inclusion for the hearing impaired, she called on the Federal Ministry of Education to introduce sign language in senior secondary schools’ curriculum.

Ochu-Baiye urged the Actors Guild of Nigeria and other entertainment associations to actively engage with nonprofit organisations to draw lessons on respectful representions of persons with disabilities, particularly those with dwarfism to curb stereotypes.

She further advised on the need for the Federal Ministry of Health, National Commission for Persons with Disabilities and other organisations working on mental health to design and implement mental health sensitization.

The founder included disability inclusion campaigns through mainstream media to influence the public’s understanding of the subject matter.

She also urged them to work closely with religious and traditional leaders and community engagement workers to support advocacy in dispelling myths about disability.

The BusinessesIntelligence(TBI Africa) reports that JDI is a non-profit registered in Nigeria in 2019, to provide opportunities for any individual-irrespective of beliefs, gender or socio-economic background- to access potable water as well as sanitation and hygiene facilities.

The organisation also executes campaigns on voluntary blood donation and mental health while providing platforms for youth empowerment through volunteering.