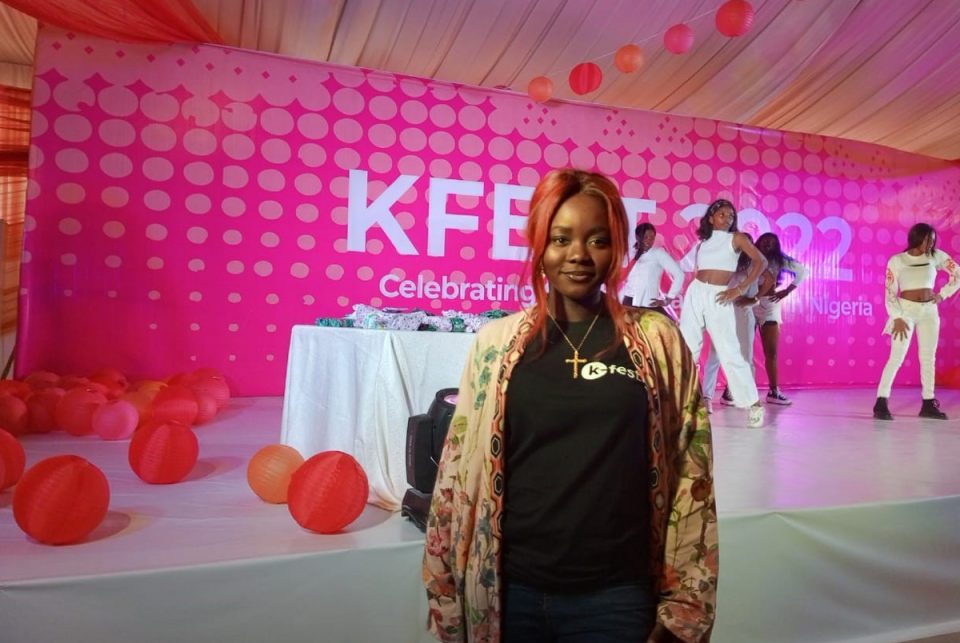 Tosin Doherty,  co-founder of Korean Festival (KFEST) on Sunday called on government across levels to focus on opening school children’s minds to other people’s cultures for national and international integration and unity.

Doherty, also a Dancer and daughter of a former Lagos People’s Democratic Party’s (PDP) Chairman, Adedeji Doherty, made the call at the maiden edition of KFEST in Lagos tagged “Celebrating South Korean Culture in Nigeria”.

She said that the world had become a global community and the only way to enhance cohesion was to open children’s mind to tradition and customs of other people early enough.

One thing that human beings have and shared in common is they laugh, dream, listen to music and community family, and if Nigerians can further expose children to these, the society will be better for it,” she said.

According to Doherty, investing in cultural promotion like music, dance and others remained a creative and nice way to get people to open up, be more creative and find productive things to do with themselves.

I will say that government need to finance cultures across tribes, even in education, we must open children’s minds to other cultures, we need to prepare them for the wider society to be total children.

With the internet, you cannot say you are only exposed to what you have in your home, the internet alone opens the door of the world to everything.

I think government should invest more, it is the easiest way to get across to other people,” he said.

She noted that her exploration into Korean Cultural Festival and celebration of it was another way to showcase her talents about foreign cultures for deeper international integration.

The artiste said that with huge investment in cultural promotion, many of the challenges facing the nation could be addressed.

If young people are focusing on dancing, music, cultures, they will not have time to do things that are not beneficial to the society, an idle mind is a devil’s workshop.

When you don’t have something doing, there is a likelihood of you being used to do something bad.

It is an easier way  to get people engaged and also to educate them about other cultures and tell them that the world in becoming, a global community.

No one country is separate from everybody’s else. When heard what happened in Ukraine and Russia and others, there is a ripples effect on everybody.

So, I think opening our minds to other cultures, we are also more aware of how our life is being affected by everybody else in the society,” she said.

On her reason to organise young Nigerians to celebrate Korean Festival, Doherty said that a lot of people watch Korean movies, listen to Korean music while many desired to go for study in such clime.

It gives Nigerians a more Korean perspective without spending money to travel, it brings Nigerians closer to Korea to foster international unity.

For Nigerians, before you travel because a lot of people here want to go and study in Korea, they won’t be there not knowing anything about Korea and not understand their culture, behaviour.

They must know what is deemed to be respectful and be acceptable there, so, aside from having fun, this is also educating, when we do go out or interact with these people, you are more aware of them,” she said.

Doherty, noted that Nigeria was not doing badly in cultural development with  couples of Nigerian artistes winning international awards and gaining recognitions.

She however called for more conceited efforts and investment in cultural preservation and promotion, saying a lot of young Nigerians were now interested in foreign music and movies including Korea.

Doherty said though there were appreciation in what Nigerian artistes were pushing out to the world, more needed to be done to be more visible at the global level.

International people now see value in Nigeria and what we are doing now, we need to put more money behind it to get better,” she said.

Doherty, who noted that the celebration of K FEST would be annually, said that the group was looking for more sponsors.

Why efficient tax administration is key, by DMO boss

Nigerians reeling under the yoke of fuel scarcity

Nigeria accounts for 24,000 missing people, over half of Africa’s total cases, says ICRC