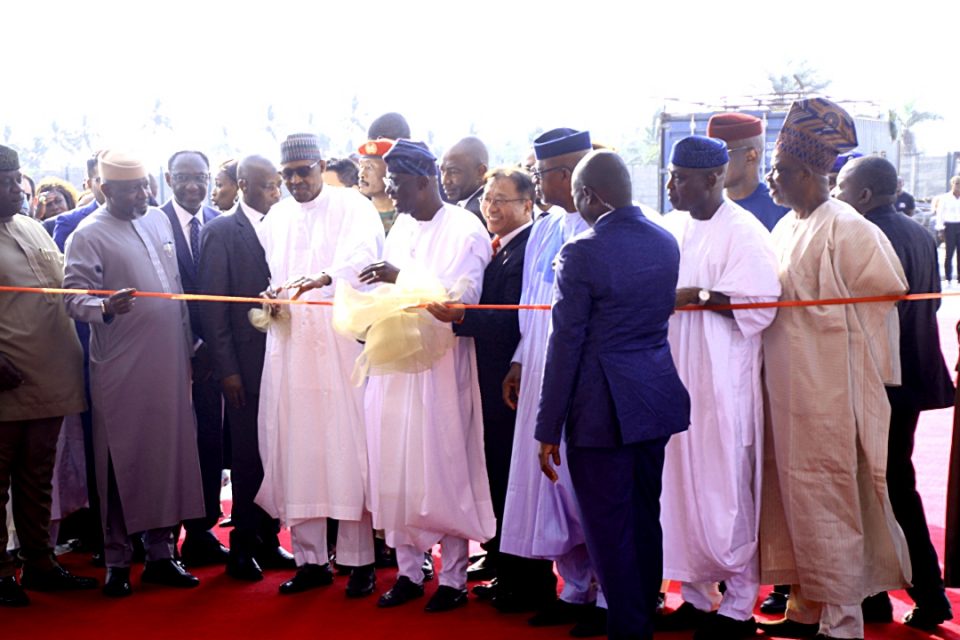 Buhari inaugurated the seaport in company of the Lagos State Governor, Babajide Sanwo-Olu and other prominent government functionaries.

He will equally commission other projects built by the Lagos state governor, Babajide Sanwo-Olu.

Buhari arrived at the Murtala Muhammad Airport, Lagos, at 3:33pm. On arrival at the project site, Sanwo-Olu and other dignitaries conducted him round the port’s 1.5km long main.

The seaport, which spans over 600 metres, is enough for a vessel of up to 16,000 standard containers (TEU). The approach channel is 11 km long.

The Lekki Deep Seaport made history last year as it received the first-ever vessel (Zhen Hua 28) to berth at the port.

The port has three terminals: the container terminal, the liquid terminal, and the dry bulk terminal.

According to the developers of the port, the container terminal has an initial draft of 14 metres, with the potential for further dredging to 16.5 metres. The terminal is able to handle 2.5 million 20-foot standard containers per year.

The Lekki deep seaport is the first port in Nigeria with ship-to-shore (STS) cranes. It has three of these container gantry cranes; they belong to the “Super-post-Panamax” group – this means that they can reach and unload the rearmost row of containers even if the container ship is wider than the Panama Canal (49m or 160ft maximum boat beam).

The STS cranes have a fixed rail at the quayside. They can lift 65 tons in twin-lift mode, 50 tons in single-lift mode or 85 tons under a hook.

The port’s computerised system will allow container identification and clearance from the office, and human interaction will be minimal in the physical operations

When phase two is completed, the deep sea port will have three liquid berths. The liquid cargo terminal will handle vessels up to 45,000 DWT (dead weight tonnage) and can expand to reach a capacity of 160,000 DWT.

Liquids such as petroleum products will be handled at a tank farm near the port. The docking area is equipped with loading arms. It is also connected by pipelines along the breakwater.

The bulk terminal with an available quay length of 300m can accommodate a Panamax class vessel (75,000 DWT).