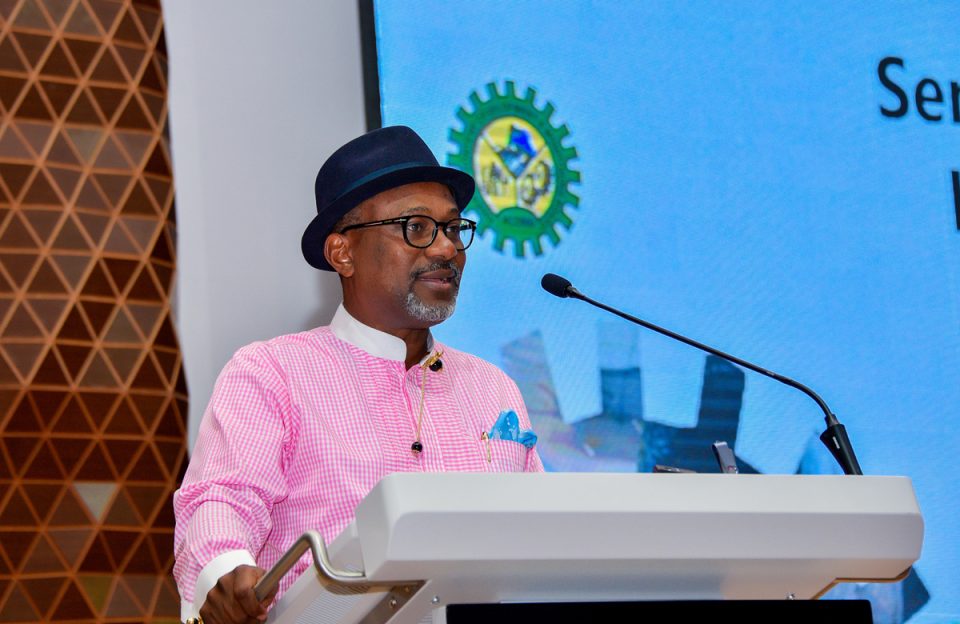 The Executive Secretary of the Nigerian Content Development and Monitoring Board (NCDMB), Engr. Simbi Kesiye Wabote has been selected as the recipient of the Leadership Local Content Champion of the Year Award by the Board of Editors of the Leadership Group Limited.

The award will be conferred on the Executive Secretary at the 14th edition of the Leadership Conference and Awards scheduled for Tuesday, January 31, 2023, in Abuja. The event is expected to be chaired by Vice President Yemi Osinbajo, and the guest speaker is the immediate past Kenyan President, Mr. Uhuru Kenyatta.

Presenting the nomination at the Board’s liaison office in Abuja, the Senior Vice Chairman and Editor-in-Chief of Leadership Group Limited, Mr. Azubuike Ishiekwene, explained that the Executive Secretary of NCDMB was selected for the award for championing the development of local content across Nigeria and the African continent and building local capacities in the oil and gas industry.

Other accomplishments referenced by the Leadership team lead included raising the level of Nigerian Content performance in the Nigerian oil and gas industry from 26 per cent in 2016 to 52 per cent in 2022. He added that under Engr. Wabote’s watch “the NCDMB developed a 10-year strategic roadmap with the key target of achieving 70 per cent Nigerian Content in the oil and gas industry, creating 300,000 direct and indirect jobs and establishing hubs in-country for manufacturing of equipment, components and accessories required by the oil and gas and its linkage sectors.”

Explaining the rationale for organising the Leadership Conference and Awards, Ishiekwene explained that in addition to the media’s responsibility of holding the government and public office holders to account, the media industry was also obligated to promote and encourage excellent performance by deserving public servants and business leaders. He added that such recognition is intended to present such personalities as models for society to emulate.

In his remarks, the Executive Secretary thanked the Leadership Group for recognizing the Board’s achievements and impact on Local Content sphere, the oil and gas industry, and the national economy. He added that the Board’s accomplishments were the outcome of the staff’s dedicated efforts, driven by the direction and motivation that is provided by the leadership. He noted that NCDMB is providing examples for other agencies of the Federal Government in performance and efficient application and utilization of resources.

He added that the Board’s efforts have been recognised nationally and internationally, the latest being the conferment of the Distinguished Capacity Development Award conferred on the Executive Secretary by President Muhammadu Buhari (GCFR) in October 2022 and the recognition accorded to NCDMB as the best among all Ministries, Departments and Agencies in the Executive Order (EO1) performance ranking for Ease of Doing Business from January to June 2022.

Wabote explained that the NCDMB’s only source of funding is the one per cent deduction from contracts executed in the upstream sector of the oil and gas industry. He stressed that the agency applies the funds effectively and judiciously in delivering on its mandates and achievements, including supporting Nigerian oil and gas business through the Nigerian Content Intervention Fund (NCI Fund). He noted that the NCI Fund is the only funding scheme dedicated to the oil and gas industry and further described it as the most performing fund scheme in the country, with a 98 per cent repayment rate.