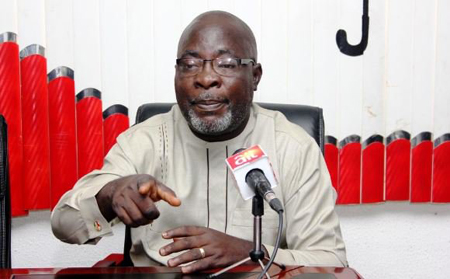 The Peoples Democratic Party (PDP) says its leadership and elected federal legislators are yet to take official position on the leadership of the 9th National Assembly.

The party said  it was yet to decide who to support for the position of presiding officers of both the Senate and the House of Representatives.

The PDP National Publicity Secretary, Mr Kola Ologbondiyan, disclosed this in a statement on Sunday in Abuja.

Ologbondiyan said that the party’s position was predicated on reports in a section of the media suggesting that PDP members-elect in the House of Representatives had settled for a particular aspirant.

He said that the PDP was still consulting with its members-elect.

Ologbondiyan said that no official position had been taken on the issue, “particularly as the positions of presiding officers are not exclusive preserve of the ruling party or any other party for that matter, but a constitutional right of every elected lawmaker in their respective chambers.

“Moreover, the PDP has an array of elected lawmakers, in both chambers, who are eminently qualified and equally popular among their colleagues, across the divide, to hold office as presiding officers of both chambers of the NASS  in line with Section 50 of the 1999 Constitution (as amended).

“What is important to Nigerians is the emergence of a purposeful leadership that will ensure accountability and good governance in the polity”.

Ologbondiyan said that PDP as a party, was committed to the wellbeing of the nation.

He urged Nigerians to discountenance such reports suggesting that the  lawmakers had settled for a particular aspirant for any presiding office in the NASS.==NAN