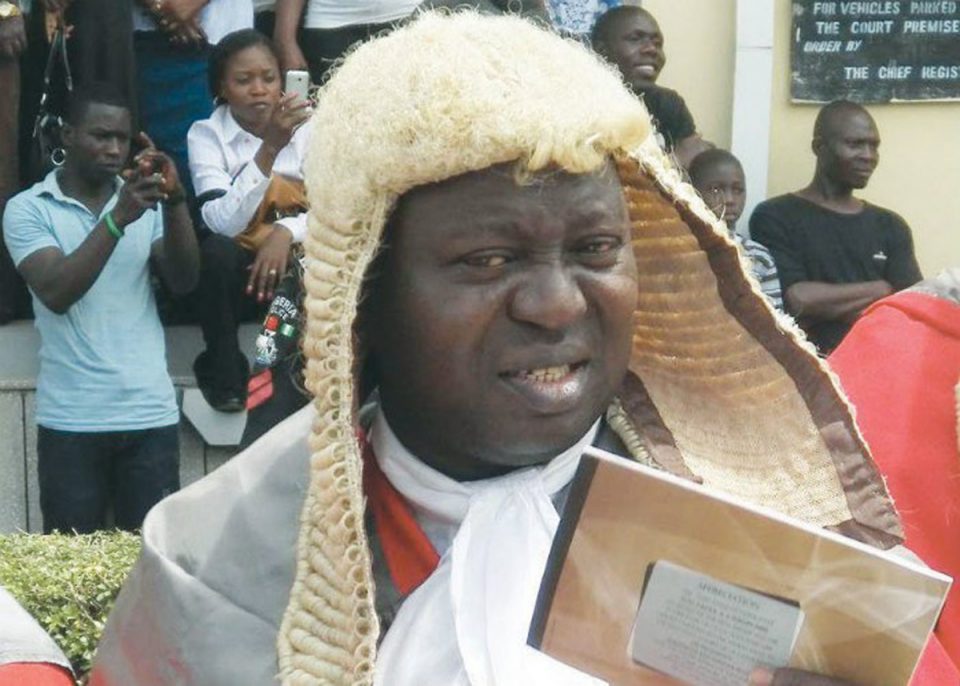 Some lawyers in Lagos on Saturday urged the new acting Chief Judge (CJ) Justice Kazeem Alogba, to improve on some of the reforms in the justice sector to enhance quick dispensation of justice.

Gov. Babajide Sanwo-Olu of Lagos State had, on June 14, sworn in Alogba as the new acting CJ of the state.

Mr Daniel Idibia, a lawyer, said in Lagos that the acting CJ should review upwards the amount of money which the small claims courts could adjudicate on, in debt recovery  cases.

“While the current small claims idea is a welcome development, the amount of N3 million which is the limit under small claims should be reviewed upward to N5 million for quick dispensation of debt recovery,” he said.

Idibia, also urged the acting CJ to improve the quality of training of  couurt registrars in administrative and secretarial duties.

He said the compulsory N5,000 which lawyers and their litigants pay to the court archives should be reviewed, saying that ” when files are mistakenly sent to the archives by the court, the mistakes should not be visited on the litigants.”

Also, Mr Chris Ayiyi, another lawyer, urged the acting CJ to continue with the good works of the immediate past CJ. “I will want him to review the length of time  that landlords and tenants’ cases  last in court.

“Such cases stay in court longer than necessary, thereby causing some forms of injustice to either the landlord or the tenant depending on the case,” he said.

Ayiyi also urged the acting CJ to look into how he could decongest prisons in the state by creating more mobile courts to tackle some offences like traffic and hawking.

“If an offender pleads not quilty, such person should be given very lenient bail condition, probably self recognisance and the case adjourned for hearing.

“Many a time, offenders plead guilty and pay fine because they cannot afford certain bail conditions, making it impossible to test our traffic laws. Our traffic laws need to be tested in the court,” Ayiyi said.

Another lawyer, Mr Chibuikem Opara, urged the acting CJ to improve the situations of some court rooms and make them conducive for all.

“There is the need to implement the new rules of court, also some existing laws in the state should be amended” Opara said.

Foundation empowers over 100 people in Ikorodu