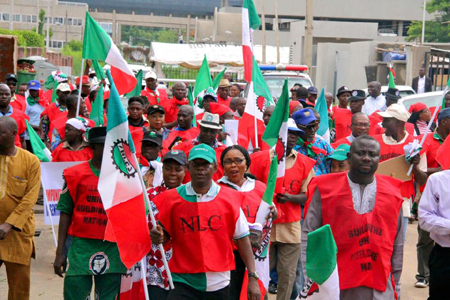 Two unions in financial institutions on Wednesday advised the Central Bank of Nigeria (CBN) to carry out the planned recapitalisation in a manner that would not force the banks to go out of business.

Mrs Oyinkansola Olasanoye, the ASSBIFI President, told the News Agency of Nigeria (NAN) in Lagos that the recapitalisation plan was good but should be in the interest of workers.

Olasanoye said that the plan must consider the implications on job losses, unemployment and insecurity in the event that the banks are not able to meet up with the new capital base the CBN will release.

NAN recalls that the CBN Governor, Godwin Emefiele, had during the unveiling of his economic agenda for the next five years in Abuja, said that the value of the naira to the dollar had weakened the capital bank.

“Government should think about unemployment rate, insecurity and the effect on masses if it wants to recapitalise,” the ASSBIFI president said.

The union leader said that a worker in Nigeria has over four dependants and once the worker was sacked, the dependants also bore the consequences.

She said it was regrettable that the CBN has not sanctioned any bank for failing to review the collective bargaining agreement to improve workers condition of service.

“Our collective bargaining agreement is overdue. The Apex bank has a performance chart but it has not sanctioned any bank for failure to renegotiate with the union on the agreement,” she said.

Anthony Abakpa, the NUBIFIE President, also said that the planned exercise was good but that government should ensure that workers interest is considered during any deliberation.

“The union does not want any Bank to be liquidated as a result of recapitalisation. We are concerned about the right of workers and job security.

“There is no problem if the exercise will help the economy, no problem, but if it will further impoverish the workers it will not be accepted,” Abakpa said.

He said that when the committee of CBN governors meet to discuss modalities and approved framework that would guide implementation policy, it should ensure that workers are protected.

The recapitalisation resulted in the emergence of 24 Deposit Money Banks following the merger and acquisition of some that could not raise the required capital.

Clearing ship wrecks from the waterways