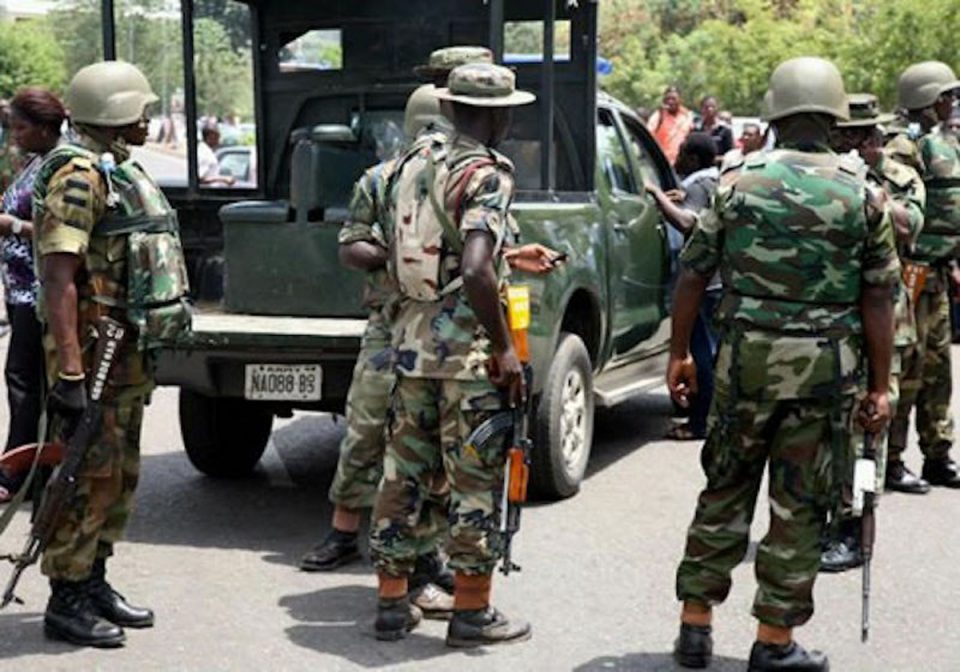 The Nigerian Army on Friday reiterated its commitment to end Boko Haram insurgency, restore peace and stability to the North-East.

Maj-Gen. Olusegun Adeniyi, the incoming Theatre Commander, Operation Lafiya Dole, stated this at the burial of five fallen heroes, at the Nigerian Army Cemetery, Maimalari Cantonment, Maiduguri.
Adeniyi said that the military would not rest until it ensured total defeat of the insurgency and restoration of peace to the war tone region.
He described the fallen heroes as “gallant, courageous and brave soldiers”, who sacrificed their lives in the defence of the country.
“On behalf of the Chief of Army Staff (COAS), Lt. Gen. Tukur Buratai, I wish to commiserate with the families of the fallen heroes.
“What happened is sad, but I want their families to know that they did not die in vain; they die for Nigeria, they die for their fatherland.
“You can be proud; they were good citizens, brave, honourable good men. They did not beg or run away from the enemy, they fought gallantly to the end.
“Nigerian Army is proud of them and I want you to know that one of your love ones paid the supreme price for nation building. We thank God for their lives and we celebrate them.
“I promised you; we will not sleep, rest or give Boko Haram insurgents any respite, we will return normalcy to the North-East,” Adeniyi said.
He added that the army had put in place effective welfare scheme to take care of the families and children of the fallen heroes.
He advised the Next of Kin (NoK) of the deceased soldiers to contact him or Commanders of the Sector 2 and 29 Brigade, under which the slain soldiers served, if they experience difficulties or misunderstanding regarding their welfare.
Adeniyi listed the fallen heroes to include Col. Kenneth Elemele, Lance Corporals Ajijola Sunday, Oguntuase Ayo, Dimos Danial and Private Akinola Ayoola.
The commander prayed for the repose of their souls and the families’ fortitude to bear the loss.
The fallen heroes were laid to rest in accordance with the Christian religious rites and military etiquette.
Each of the families of the fallen heroes was presented with the National Flag at the end of the exercise.
The event was attended by Maj.-Gen. Bulama Biu, the General Officer Commanding (GOC) 7 Division, and other military officers in the theatre of operation.

Meningitis: Over 26m children at risk in Nigeria – Agency