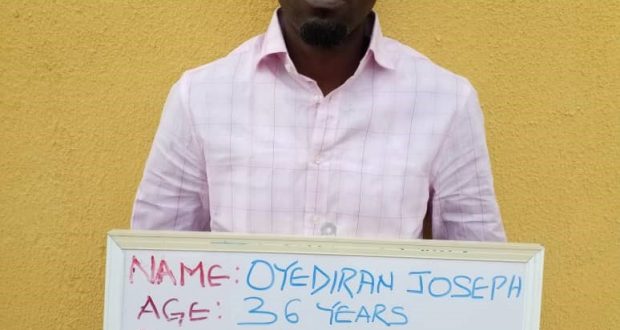 The Federal Bureau of Investigation recently busted a cybercrime network in the United States that involves 77 Nigerians. This is mortifying as it casts an image slur on the country and her law-abiding citizens.  Some of the suspects are hibernating in their host nation; some are living large in Nigeria, while others are in their hideouts across the world. These devious characters should be fished out wherever they might be and subjected to due process of the law.

According to the details of the cybercrime, about $3 billion is involved, documented in 145 pages with which a US federal grand jury has raised 252 charges against the suspects. The state of California is among the safe havens for these felons. Through fraudulent business emails, romance scams and other facades, they defrauded their victims of millions of dollars and aided by a complex network, took the funds out of the US.  The FBI said, “The impersonation attacks have cost consumers and businesses more than $3 billion since 2015.”

President Muhammadu Buhari, while in Japan for the seventh Tokyo International Conference on African Development, strongly condemned the act. As a minority group, he rightly noted that “they do not represent the values of our country.” Earlier, the Nigerian Embassy in Washington said Nigeria “condemns such criminal acts in all ramifications.”  It emphasised that Nigerians were generally hardworking and law-abiding.

Amid this forlornness, the arrest of 28 of these suspects by the Economic and Financial Crimes Commission in Nigeria, in a collaborative effort with the FBI, is salutary. Out of this number, 14 of them have been convicted here; nine are undergoing trial, while five of the cases are being investigated. A total of $314,000 and N373 million stashed in their bank accounts have been recovered. But the commission should work harder with similar agencies to nab all of them hiding within. They should extradite them to the US based on the Mutual Legal Assistance protocol existing between both countries, given our compromised justice delivery system.

However, no matter the efforts to mitigate the negative impact of this wire fraud, the bitter truth is that the cybercrime saga is a growing ugly local trend shifted to the international arena. For too long, the get-rich-quick syndrome or unexplained wealth has sadly become a national sub-culture. The contagion is spear-headed by public officials who brazenly loot the treasury. But there is no similar official audacious endeavour to get them to cough up their illegally acquired wealth.

For 20 years, for instance, reports of the Auditor-General of the Federation, submitted annually to the National Assembly for action, with mind-boggling details of abuse of public finance, have been swept under the carpet. With the unemployment rate rocketing, misguided youths now resort to criminality or life on the fast lane as an escapist route. But hard times cannot justify the culture of duplicity as a means of earning a living.

Although, the Federal Government, before now, had recognised this as an existential challenge, exemplified in the Cybercrimes (Prohibition, Prevention etc) Act 2015, it has been like any other piece of legislation in the country, with the lack of expected rigour in enforcement. The police, who have a critical role to play in crime detection and investigation, seem to have reduced themselves to countervailing agents. Synergy is required among the security agencies to tackle this menace.

Rather than such collaboration working, some police personnel find it convenient to label the youth as Yahoo-Yahoo boys (cybercriminals) when found with laptops and good cellphones or driving good-looking cars without any incriminating evidence; just driven by extortion. A drive to rid the society of cybercrime should be intelligence-driven and well coordinated. Reports say that from 2018 to date, the EFCC, prior to the collaborative efforts with the FBI, had launched a sustained operation on perpetrators of various computer-related frauds, which resulted in over 200 arrests and 130 convictions.

The cybercrime  law provides an array of sanctions, ranging from seven years’ imprisonment or N5 million fine, or both, for any person convicted of an “Electronic cards-related fraud.” Besides, the convict shall be further liable to the payment in monetary terms the value of loss sustained by the victims. The use of fraudulent device or attached e-mails and websites, identity theft and impersonation, among other provisions are covered in the law.

Most striking is the fact that some frauds do not succeed without the connivance of banks. This is why the EFCC and the Central Bank of Nigeria should pay more attention to the sundry violations of Nigeria’s Anti-Money Laundering Act by bank officials. This will be a good starting point. Diplomatic efforts and governance at home need to be ramped up to pass a strong message to criminally-minded elements that the long arm of the law will always catch up with them: either as wire fraudsters or drug traffickers, whether at home or abroad. Taming this tide of ill-gotten wealth requires the adoption of the unexplained wealth law, now operational in the United Kingdom and other countries with zero-tolerance for fraud.

Instructively, the US should not use this fraud incident to stereotype all Nigerians. Doing so will be superfluous and unfair. Whether in the US, Europe or elsewhere, Nigerians in the academia, medicine, entrepreneurship and other professions are doing the country proud, adding value to the economies and governance of their host nations to boot.

Non-remittance of pensions by 21 states – Punch

That brief shutdown of ports – Tribune