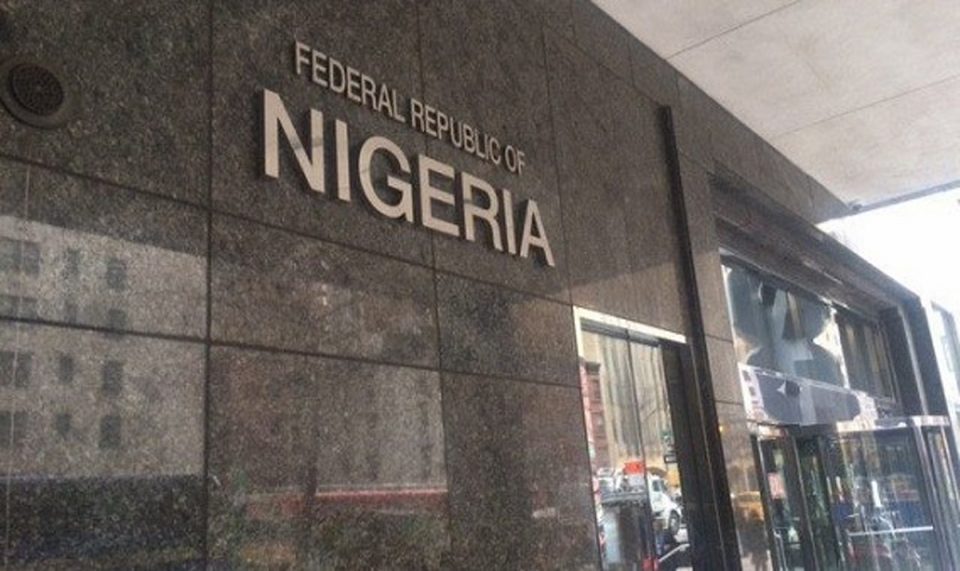 By Goddy Ike
There is doubt that Nigeria is currently experiencing its midlife crisis, but a recent study by the Institute for Security Studies, says that Nigeria is the only power in Africa with the potential to be globally significant, but it does not have a coherent foreign policy and its massive security and governance issues are detracting from this potential.

GENERALLY, it is a known fact that countries like people can experience midlife crisis. Perhaps, Nigeria is having its share of the crisis now. Already, some Nigerians are gripped by the fear that the country is in moral and physical decline, while some others do not bother any more.

The country has been plunged into a battle with the murderous sect called Boko Haram for nearly a decade or more and it is still raging. The country was able to exit from recession not long ago and it is struggling to manage its huge debt burden in the midst of widespread corruption.

Today, Nigerians are not safe at home and abroad. Previously, it was the occasional deportation of a few Nigerians from some European countries for immigration offences, while hundreds of Nigerian returnees are welcomed weekly or monthly from Libya by Nigerian immigration officials. And this week, 187 Nigerians were flown home by Air Peace after weeks of xenophobic attacks by some South Africans on Nigerians and other Africans in that country.

Except for the recent election at the United Nations of Prof. Tijjani Muhammad-Bande of Nigeria as the President of the upcoming 74th session of the UN General Assembly, to succeed María Fernanda Espinosa, whose term ends in September 2019, Nigeria has taken the back seat in most big international appointments and hosting of conferences, At the recently concluded African Investments forum in Japan, Nigerians were disappointed that Nigeria could not attract any key investments like the car assembly plants that went to neighbouring Ghana and other African countries.

Prior to this present crisis, the oil-rich West African country had been the toast of the comity of nations. Nigeria had been described as Africa’s largest democracy, largest economy in Africa, contributing the most troops for peacekeeping missions in Africa and the key broker for peace agreements in West Africa. Nigeria was also hosting important continental conferences and sporting events as well as elected to represent Africa at major international discussions.

In addition, Nigeria played crucial roles in the liberation of South Africa and the quelling of the political crisis/wars in Liberia, Sierra Leona and The Gambia,

However, the myriad of challenges being faced by Nigeria today must have been responsible for the exodus of its professionals and some non-skilled labour to the US, Europe, Asia and some African countries. But some efforts are being made to check the trend and rescue the country from drifting into obscurity.

Unfortunately, the worsening security situation in the country, dearth of basic infrastructure, high unemployment rate have tended to eclipse any appreciable reforms and programmes embarked upon and accomplished by the government and its agencies.

Aside from battling Boko Haram insurgents in the North East of the country, Nigeria is leading the joint task force made of troops from Chad, Niger, Cameroon to battle the insurgents around the Lake Chad zone. Nigeria has also been at the forefront in the campaign to recharge the Lake Chad and save the population, whose livelihood depends on that lake for their source of water and agriculture.

In the maritime sector, Nigeria contributed immensely to check the activities of pirates in the once dreaded Gulf of Guinea. It has also through the Nigerian Maritime Administration and Safety Agency, NIMASA, working to encourage Foreign Direct Investment, FDI, into the sector.

The Director General of NIMASA, Dakuku Peterside, told the West African Shipping Summit, a side event at the ongoing London International Shipping Week, that Nigeria would set up an International Maritime Arbitration Centre in Lagos to facilitate the timely resolution of disputes within the Gulf of Guinea area and significantly reduce the current trend where maritime players in the region head to London, Dubai or Singapore for arbitration on maritime issues.

“In the next five years, vessels built outside Nigeria will not be allowed to participate in Cabotage trade. So you are all invited to come and invest in the shipbuilding and ship repair industry in Nigeria,” he said.

Dakuku also disclosed that the Nigerian Ship registry is being reformed to make it more attractive by having provisions for both national and international players.

In the same vein, the Chief of Naval Staff, Vice Admiral Ibok Ette-Ibas, told the guests that the Suppression of Piracy and other Maritime Offences Act recently signed into law by President Muhammadu Buhari would surely curtail the activities of criminals on Nigerian waters.

Represented at the event by the Chief of Policy and Plans of the Nigerian Navy, Rear Admiral Begroy Enyinna Ibe-Enwo, the navy boss said: “The anti-piracy bill signed by President Buhari will surely curtail the excesses of syndicates who profit from sponsoring criminalities in the Gulf of Guinea.”

Collaborating these assertions, the CEO of the African Risk Compliance Limited, Micheal Wingtage, said that he was conversant with the Nigerian maritime domain and that the challenge of information management concerning security in the Gulf of Guinea was real.

Wingtage said: “Not all of Nigerian waters are unsafe. The challenges are there but in most cases it’s exaggerated, thus, creating a myth of insecurity. So much has been done by Nigerian government and the international community needs to appreciate this.”

This development has increased activities at the Warri ports. The Nigerian Ports Authority, NPA, reported recently that no fewer than 200 vessels now berth in the Warri ports in Delta State. According to the management of the NPA, the Warri port is being dredged to accommodate bigger vessels. If the dredging project is completed, it will reduce the congestion at the Lagos ports.

And despite the delay in signing into law the Nigerian petroleum industry bills, there are impressive activities going on in the oil and gas industry with new oil discoveries and the giant strides being recorded by the Nigeria Liquefied Natural Gas Ltd.

With oil discoveries in many African countries, the attention is gradually being shifted away from Nigeria to rival players like Angola and small players like Ghana which offer more peaceful and attractive environment for businesses to thrive,

But in spite of these unfavourable indices against Nigeria, a recent study says that if Nigeria plays its cards right, it could become Africa’s only global superpower. “It already has the continent’s biggest economy, a huge military budget and a fair record of regional engagement. By 2040 it will also be the fourth largest country in the world after India, China and the United States,” a new research by the Institute for Security Studies, ISS, said.

The report shows that out of Africa’s “Big Five” powerful countries – Nigeria, South Africa, Egypt, Algeria and Ethiopia – Nigeria is “the African country with by far the greatest capabilities” to play a global role.

According to the ISS, the choice of the Big Five is based on the demographic, economic and military size of these countries, as well as their historical role as regional leaders.

South Africa is the only African member of Brics (Brazil, Russia, India, China, South Africa) and the G20, but it is not expected to grow in power and influence internationally and in Africa.

Dr Jakkie Cilliers, executive director of the ISS and one of the co-authors of the report, says South Africans sometimes have the misguided impression that the country is a big military power and plays a major role in peacekeeping in Africa.

Spending on defence has, however, been drastically reduced, as shown in the recent defence review. It contributes fewer peacekeepers to United Nations missions than Ethiopia, Egypt and Nigeria.

“Nigeria is the only power with the potential to be globally significant but it does not have a coherent foreign policy and its massive security and governance issues are detracting from this potential,” he says.

Seamless implementation of the new minimum wage – The Sun

The Trump Administration Just Did Something Unambiguously Good For Obamacare