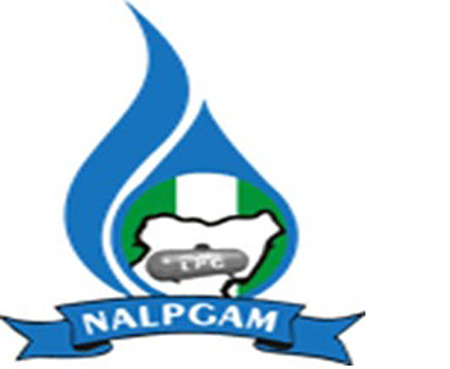 Ogieva-Okunbor who called on the Federal Government to urgently address the indiscriminate deployment of LPGs, otherwise known as cooking gas, to filling stations and retail outlets without addressing the risks involved.

He urged all relevant government agencies particularly the Department of Petroleum Resources (DPR) to curb the menace, while urging those marketers involve in such act to adhere strictly to DPR’s directives.

The president said that the agency (DPR) has pronounced to effects dismantling of all the illegal skids cited in stations across the nation.

He said that both LPG and fuel were highly inflammable which needed to be on separate entities, adding that LPG cylinders were potentially and highly hazardous.

He said that the association’s resolution expressed worry over the increasing number of filling stations engaged in selling of gas within the stations not minding the hazardous implications.

Ogieva-Okunbor said that the proliferation of fuel and gas-filling stations across the country had raised safety concerns, considering the less than satisfactory compliance with minimum environmental safety requirements for the operations of those facilities.

He said that there is nowhere in the DPR guidelines and regulations that stipulated operating gas plant within fuel stations.

According to him, some filling station owners are in the habit of installing ad-on gas machine later in their fuel stations, but which was not in the original building plans at the on-set.

“Most stations have neglected the rules and regulation, they are now locating gas plant in most stations across that states.

“Today, we see some have cited plants close to eateries’ kitchen within their stations and this is dangerous while they are discharging gas and selling fuel.

“We, the association, cannot open our eyes and watch for something drastic to happen before we raise alarm,” he said.

Ogieva-Okunbor, however, called on both the Federal and State Governments to live up to their responsibilities by checkmating the fuel stations.

“The earlier government and officials act fast, the better for Nigerians.

“I also use this opportunity to thank the governments of Ogun and Ekiti for stopping such act and sanitising the industry in their respective states.

“The states do not allow gas plant in filling station, I also urge other states to follow suit in banning gas in fuel stations.

“Plant operators must be conversant with all safety needs of LPG plant operations.

The president of cooking gas marketers said that most stations were trying to bastardise government’s free hands to promote and deepen cooking gas utilisation.

“Though our association canvasses LPG penetration, we cannot continue to keep quiet while lives and property are endangered via this practice where LPG, petrol and diesel, which are highly inflammable, are traded side by side.

“If gas escapes and gets to any naked fire, the destruction, no doubt, is going to be so huge,” he said at a briefing in Lagos.

According to Ogieva-Okunbor, most of the petrol stations that have LPG skid plants do not have the approval of the Department of Petroleum Resources.

He said, “These gas skids were not in the initial design of the stations. There are rules and regulations guiding the siting of such facilities. This is a serious security risk. If a fire incident happens as a result of an explosion, the fire can travel very far from the petrol station, and a whole street can be razed as a result of this.

“As a matter of urgency, the DPR should commence dismantling of such gas plants in petrol stations. Most stations have neglected the rules and regulations; they are now locating gas plants in most stations across the states.

“Today, we see some have sited gas skids close to eateries within their stations and this is dangerous while they are discharging gas and selling fuel.

“We, the association, cannot open our eyes and watch something drastic to happen before we raise the alarm. The earlier government and its officials act fast, the better for Nigerians.”

In his words: “We also want the federal government to create the enabling environment for players in the industry to deepen the utilisation of LPG. We are also appealing to the government in terms of the representation that have been made on behalf of the industry has not been inclusive.

“The industry has not been well represented when issues are being discussed with the government. There are several facets of the value chain and we are requesting that in subsequent dialogues and discussions, every facet must be represented.”

According to him, the Nigerian LPG market is growing exponentially and increasingly being embraced by Nigerians, as such, the number of household that have embraced LPG has increased compared to the past five years.

He however commended the federal government for the removal of Value Added Tax (VAT) on domestic LPG in Nigeria, saying that this would further encourage local manufacturers in the LPG industry while also deepening LPG utilisation and commercialisation in the country.

The National Deputy President, NALPGAM, Olatunbosun Oladapo, said DPR has given a deadline to all skid owners to relocate their skids from the filling stations by end of the year, maintaining that the move was laudable to safeguard lives and property.

“We are significant stakeholders in this business and we cannot be left out. Our interest must be adequately represented. Nobody feels the pain like we do, we are the ones wearing the shoe.

“We have invested huge resources into the business and we know what we do to get gas to end users. Portfolio investors should not be the ones representing us to make decisions about the way to improve the usage of gas in Nigeria,” he added.

He said the removal of Value Added Tax (VAT) on cooking gas by the Federal Government will deepen market penetration, boost the country’s economy and protect the environment.

He noted that the removal of VAT on the gas supply to marketers  by government would attract more investors and reduce importation of gas into the country.

“This removal of VAT on Liquefied Petroleum Gas (LPG), popularly known as cooking gas, has crashed the price of cooking gas by about 30 per cent in the market.

He said that the target can increase to about five million metric tonnes by 2025 if stakehokders in the sector adhere to standards.

“If achieved, Nigeria will join the league of nations with high level of LPG consumption,” he said.

He also stressed the need for the reduction of import duty on LPG equipment so as to encourage more investors to come in and deepen LPG consumption in the country.

He, however, expressed concern over growing indiscriminate establishment of gas plants in filling stations, which he said pose a great danger to the citizenry and the economy.

He  said that the association is not against establishments of such plants but insisted that they must operate with the same Standard Operating Procedure (SOP) applicable to standard gas plants as laid down by DPR.

He noted that the right procedure for petrol filling stations to dispense cooking gas was for them to retail already filled gas cylinders.

He added that the DPR had given a directive for the removal of gas plants in filling stations by December 2020.

A members of the governing council, Mr John Yakubu, said there is no technology to prevent leaking of gas at the point of disengagement during filling of gas into cylinders.

“We are appealing to those deploying the skids either by their filling stations to adhere strictly to standard operating procedure as laid down by DPR. We should not because of profit set the nation on fire.

“There is no place in the world where LPG is sold together with petrol in the world. This is our position,” he stressed.

Total, proud of its contributions to Nigeria- Country Chair