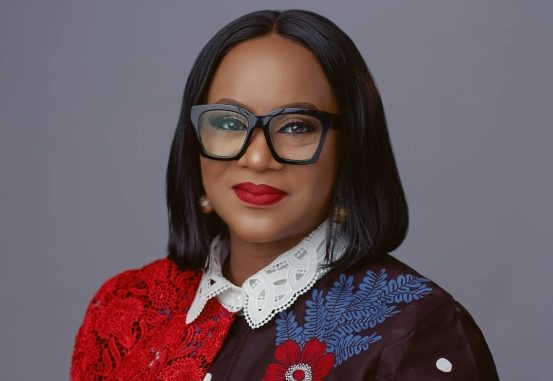 Mrs Audrey Joe-Ezigbo is the President of Nigerian Gas Association (NGA) and the Co-founder and Executive Director of Falcon Corporation, an indigenous oil and gas company. In this interview with TBI Africa team on how natural gas has fared in Nigeria’s 59 years of independence, she stated there is big difference from where we were as country. Gas is increasingly taking its pride of place even though we (as a country) have lost billions of dollars to delay in utilisation of this resource and to flaring over the years.

1. [email protected], how do you assess the gas industry?
The gas industry in Nigeria has come into its own. There was a time when gas was not recognized for its own merit as a critical resource for industrial development but was rather seen as a nuisance byproduct of crude oil. Today, under the ambit of a dedicated National Gas Policy as was passed in June 2017, Gas is recognized fully as an independent fiscal resource and industry in its own right. Granted, it took us too long to come to this point and we have lost billions of dollars equivalent directly to Gas flaring in the process, as well as other billions of dollars lost indirectly through the industrialization and contribution to gross domestic product that could have otherwise happened if the flared gas was channeled into productive use over the years. We are here now, so it is important we also remain forward looking. I always say that rather than focusing on the things that didn’t work, being mindful of the lessons inherent therein, the greater imperative is for us to intentionally ramp us the pace and scale of gas development programmes and projects that will move our industry forward in a more strategic and focused manner. Today we are also at the point where we see more of a focus on domestic in-country opportunities for Gas development and utilization, as distinct from where we were decades back where besides flaring the only other focused use for gas was as an export revenue earning resource. I believe it is clear now that the industry and nation recognize Gas as the key to unlocking our economic potentials and overcoming a great many of the challenges that we currently face.

2. In your own views, how do you assess the prospects and challenges of the industry?
The Gas industry is one that has a lot of challenges, no doubt. As the Nigerian Gas Association, we have been speaking for years as to what some of these challenges are, from issues around sanctity of contracts, to the imperative to attract investments into the sector so as to deal with the gross infrastructural deficit that is affecting the ability of Gas to be moved into productive activity across the nation, to the humungous illiquidity issues that are impacting on existing investments in the gas industry and particularly as a fallout of the power sector illiquidity issues, to the need for enhanced security. We have advocated extensively on the need for a reduction of government’s interventions in the sector and particularly with reference to pricing on tariffs and the need to allow for a Willing Buyer-Willing Seller market-led framework to evolve. We have advocated continuously for the passage of the PIB to enable clarity as to the fiscal framework underpinning gas industry investments, and so much more. It is unfortunate that many of these same sets of challenges continued to buffet the industry.
That said, the Gas industry is again one that has significant prospects, and I repeat that they’re prospects that have the potential to transform the landscape of economic development in Nigeria. It is a well proven fact that there is a correlation between the amount of Natural Gas that is used and consumed in-country and the level of economic development of any nation. Indeed, it is said that every $1 of gas that is consumed in-country contributes an extra $3 to GDP. Opportunities abound for us for us to ramp up the pace of industrialization in this country by building infrastructure to take Gas across the country for use in power generation, as fuel and or feedstock in various gas-based industries such as methanol plants, fertilizer plants and the like. These kinds of industries, the GBI’s allow us to create value addition and earn export revenues. These kinds of industries also create thousands of jobs that can then absorb a significant chunk of our teeming mass of unemployed youths, something that we need to be thinking through as a nation if we are to avoid what is clearly an impending social implosion. There are opportunities for investment in pipelines, pipe Mills, in various midstream transportation, processing and storage facilities, in the transportation sector, and so on. The huge infrastructure dearth which we face, at the same time then also constitutes a huge investment opportunity. The question is how attractive is the industry at this time and what kinds of signals are we sending to existing and potential investors in the sector? A lot of work needs to be done, that is for sure.

3. What do you think are the requirements to move the Gas industry forward?
Let me take off my response from the last administration, even while recognizing some level of work also went on in the more recent administrations before them. In the last administration we saw the articulation of the 7 big wins, the petroleum sector reform, with an emphasis relating to our industry specifically, that is Big Win 3, the Gas Revolution. Between Big Win 3 and the ERGP, we saw clear articulation of government’s intention to use gas as an enabler for industrialization, to achieve flares out, power sufficiency and energy security, etc. That said, what is clear is that if we are to move the industry forward, many things need to happen. The government does not have the resources to deliver on the infrastructure investments required. Only private sector can do this. we need government to step out of its traditional price regulation mentality and allow for market-led pricing and competition. The industry cannot thrive if we don’t allow for sanctity of contracts. There must be discipline in this regard. We have to address the power sector liquidity and structure issues. We have to deal with the significant losses gas companies face as a result of their transacting in dollars at the NAFEX and being paid in Naira at the CBN rate. We need for government to stop making sectoral interventions without robust stakeholder consultation and rigorous analysis of how those interventions will impact on the rest of the value chain. And it is critical for the Petroleum Industry Bill is passed so that we are clear as to what the fiscal regimes underpin investments in the gas sector. These are just some of the things we need to deal with to make sure that by the next anniversary of Nigeria’s independence, we will have a better story to tell.