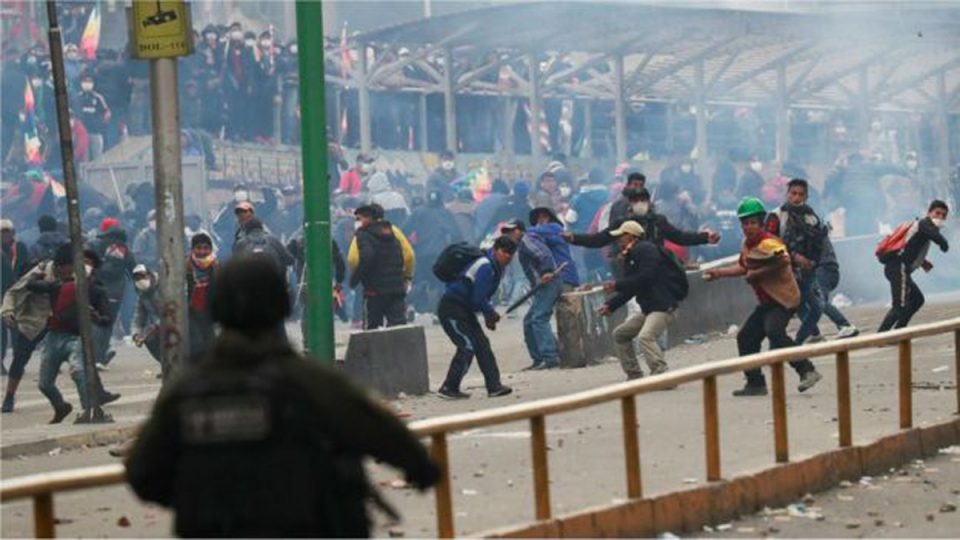 Bolivia’s major central cities, which includes the capital of La Paz, have been hit with fuel shortages due to the ongoing anti-government protests, the country’s new Hydrocarbons Minister Víctor Hugo Zamora said.

The protest are coming after the resignation of former President Evo Morales and opposition senator Jeanine Anez assuming the post.

On Thursday, protesters blocked roads throughout Bolivia’s second largest city of El Alto, which neighbors the capital of La Paz and includes a crucial road to the country’s major Senkata petrol plant that supplies surrounding cities and provinces.

“There are conflicts in critical areas in (central) Chapare (province) and El Alto, which are impeding the normal supply (of petrol),” Zamora said during his first address to the press since being sworn into office by the new government on Thursday.

Gas stations, where fuel distribution has been capped at 14 litres (3.7 gallons) per vehicle, are experiencing long lines, a Sputnik correspondent found.

The incident is currently being investigated by authorities.

Bolivia’s YPFB state-owned oil company said that it has prioritised households over enterprises to receive gas among the shortages.

Following Morales’ resignation, Bolivia has been gripped with protests.

People have been rallying against Anez’s assumption of power because despite her being next in line of succession after the resignation of several top-level officials above her, the parliamentary quorum was not reached for her election.

Protesters have blocked roads and clashed with security officers throughout Bolivia, with media reporting earlier in the day that at least five people have been killed in the confrontations.

NECA raises concerns over CBN’s directive to banks on lending

One killed in protests against fuel rationing in Iran

Concerns over COVID-19 status of 35 Senators

Lagos accounting for 70% of credit in Nigeria unacceptable – Moghalu