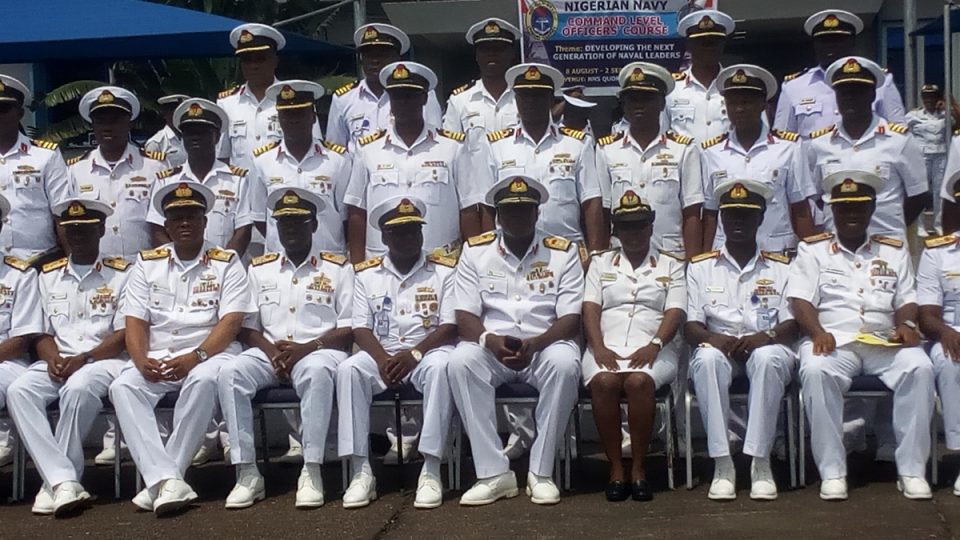 The Nigerian Navy have decorated 19 newly promoted officers of the Western Naval Command (WNC) and the Naval Training Command (NAVTRAC) in Lagos.

“I want to encourage the newly promoted senior officers that this is a call to higher responsibility based on the trust and confidence that the Nigerian Navy and indeed the nation has put on you.

“You should not take it for granted, you were the few promoted among the many and let me also state that those that didn’t benefit from the promotion this year, it is not that you didn’t qualify.

“As you know the officers call is a pyramid and that pyramid has to be maintained and therefore I pray and believe that if you do not lose hope, next year is just around the corner.

“You will be duly remembered,” he aid.

He urged them to exercise effective oversight in their new position.

Some of the newly promoted officers to the rank of Commodore in WNC are Gideon Kachim, Danjuma Ndanusa, Haruna Zego and Paul Efe-Oghene.

Those promoted to the rank of Captain are Olusegun Awofe, Kelechi Ogbonna, Adamu Mohammed and Abdullahi Mohammed.

Those in the Commander cadre are: Yayah Sado, Mohammed Lawal, Abubakar Maigado and Atari Affi.

Also speaking during the ceremony, Enoch, FOC NAVTRAC, urged the newly promoted seven officers in his command to remain diligent.

“Please, remember that every privilege has a concurrent responsibility.

“You do show diligence and make sure that your elevation to this higher rank and responsibility contributes the very best to move the NAVTRAC.

“And indeed the Nigeria Navy forward in ensuring national security and protecting the maritime border of our nation,” he said.

The FOC NAVTRAC enjoined spouses of the newly promoted officers on continued support, saying that the Command could not afford to do less in training personnel.

The event was attended by families of the promoted officers and other dignitaries.

NECA raises concerns over CBN’s directive to banks on lending