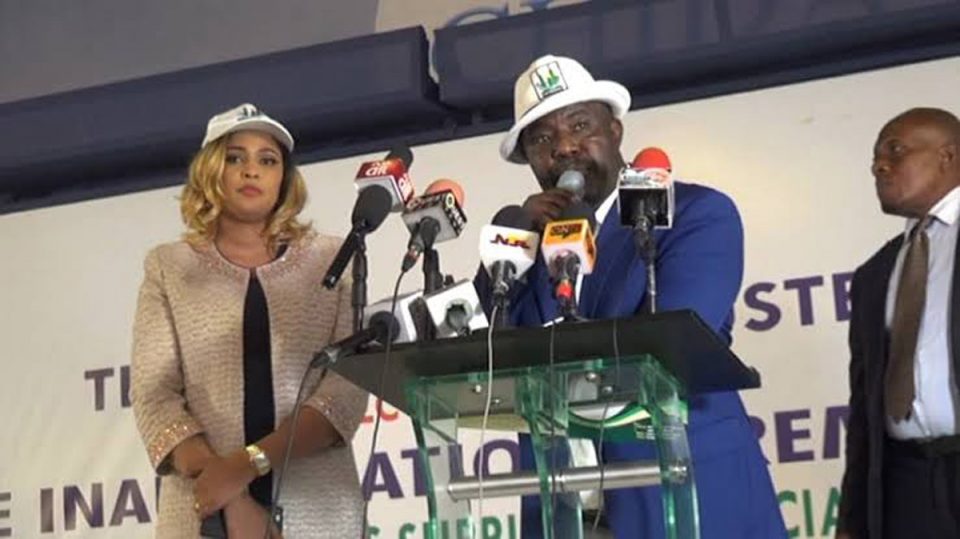 The Natural Oil and Gas Suppliers Association of Nigeria (NOGASA) has called for compliance with the global ethics and best practices as a way of sanitising the oil and gas sector.

Its National President, Mr Benneth Korie, made the call at the inauguration of the Kwara chapter of association’s executive in Ilorin.

Korie, represented by the General Secretary, Mr Tunde David, said there was need to protect and safe-guide the oil sector from adulteration, vandalism and other forms of abuse.

According to him, it is with the collective responsibility of stakeholders that challenges confronting the oil and gas sector can be effectively tackled.

“Our objective, as an association, is to cater for and protect the businesses and business interest of petroleum supplies in the states.

“In pursuant to this objective, we intend to ensure and encourage our members and other stakeholders to adopt best global ethics and practices in going about their businesses.

“NOGASA frowns at and kicks against the act of vandalism of pipelines of petroleum products across the country.

“NOGASA frowns at shady and unpatriotic antics and practices in the business of petroleum products supply.

“We are to protect and improve the business, and that is why it is also our objective to reach out to and work collaboratively with other stakeholders to discourage these vices.

“This, we are optimistic will bring about the desired sanity in the oil industry, especially in the area of petroleum products supply, more importantly the conduct of people involved in the process,” he said.

Also, Dr Fatuyi Philips, the South-West Zonal Chairman, said he was satisfied with the level of collaboration among the stakeholders in the oil and industry.

Philips listed shortage of products as one of the major challenges being faced by members of the association.

He expressed optimism that inauguration of the association’s executive in Kwara would ensure availability of the product to drive industrialisation in the state.

“It is our hope that this new development will increase domestic and industrial power supply, raise living standards and support sustainable economic growth.

“This is in addition to directly improving internally generated revenue in the state.

“Imagine for a moment, the quantity of cash and food crops wasted every year for lack of processing and packaging industries.

“Investors shy away from establishing these industries because of the cost of running operations, especially power,” Philips said.

He said peace and unity in the state would attract investors to the state, adding that no meaningful development could be achieved in an atmosphere of rancour and acrimony.

Philips advised the newly inaugurated executive members to imbibe diligence, transparency, honesty and accountability in the discharge of their assignments.

In his remarks, Gov. Abdulrahman Abdulrazaq of Kwara, called for a collective responsibility among stakeholders in oil and gas industry to sanitise the sector.

Abdulrazaq, represented by Mr Abiodun Akinfowa, a Director in the State Ministry of Commerce, Industry and Cooperative, said inauguration of the executive would bring its services closer to the people.

“This inauguration will no doubt provide an effective representative platform for legitimate oil and gas supplier in Kwara.

“I want to appeal to your association to synergise with stakeholders in the oil and gas industry to put an end to vandalism of oil pipelines in Nigeria,” he said.

He was represented by Babatunde Oshajare, Head of Unit Anti-Vandal, Kwara State Command of the NSCDC.

“We are determined more than ever before to stop vandalism of petroleumpipelines.

”The command will leave no stone unturned in tackling the menace head-on as way of bringing the desired sanity to the sector,” he said.

Oba Ibikunle Adekanye, the Alaran of Arandun, said the association was an integral part of the nation’s growth, progress and development.

Adekanye pledged the support of traditional institution in ensuring and actualising the association’s vision and objectives.

In his message, Oba Abdulraheem Adeoti, the Olomu of Omu-Aran, appealed to the association to ensure that more products service centres were located in the rural and urban centres.

“There is no harm in spreading your tentacles to rural and urban setting, and we are very optimistic that such development will assist a lot in transforming the communities,” the monarch said.

Nigeria restrategises to achieve self-sufficiency in sugar by 2023 — Official

COVID-19: FG directs all civil servants to resume, get vaccinated

Economic recovery from COVID-19 impact will be slow – IMF