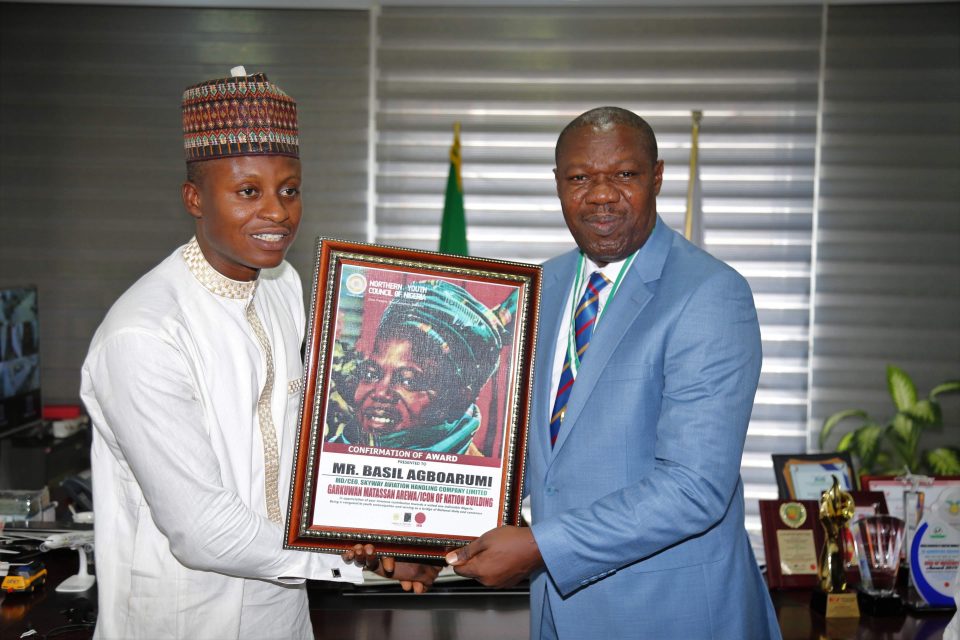 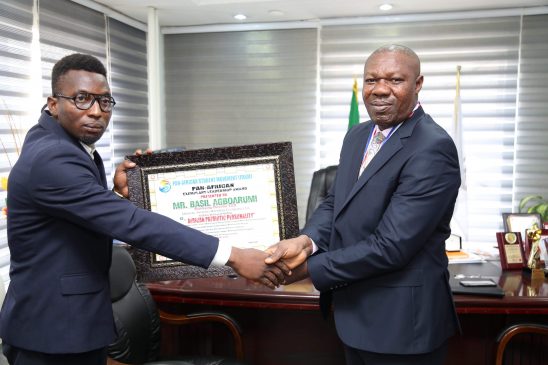 Mrs Vanessa Uansohia, Manager, Corporate Communications of the company said in a statement in Lagos on Wednesday.

Uansohia said that an African Distinguished Leadership Prize for excellence award was also presented to the Managing Director at SAHCO headquarters in Lagos.

She said the award was conferred on him based on his immense contributions to the aviation sector and the nation at large.

The award was for excellence for ‘individuals whose lives exemplify the ideal of living for the benefit of others and dedicate themselves to practice that promotes African moral values, strong family life, corporation, international harmony, renew of the Pan African Ideology, a responsible public media and establishment of a culture of peace transcending race, national and religious barriers.’
PASM is a democratic student platform that does not discriminate on the basis of religion, gender, ethnic or sectional items. PASM is involved in contributing to topical national issues, capacity building, and campaigns about the various vices that affects youths and is also active in honoring exemplary individuals and corporate bodies who have contributed to national development.
At the event, the leader of the team, Mr.Kobehi Kossa, who is from Cote d’Ivoire said that the occasion was to ‘confer honor on a man of substance, intellectual juggernaut, a man with a magnificent experience’ he also described Basil Agboarumi as a patriotic Nigerian, benevolent personality and a promoter of true federalism.
Similarly, Mr. Basil Agboarumi has been awarded Garakuwan Matassan Arewa/ICON of Nation Building by the Northern Youth Council of Nigeria, (NYCN). The award was conferred on him based on his immense contributions to the aviation sector and the nation at large.
According to NYCN, led by the President, Dr. Isa Abubakar, Mr. Basil Agboarumi has been a unifying factor in Nigeria based on his antecedent as a man who spent most of his youthful years in Northern Nigeria, contributed immensely to the growth of the region and even wrote a book while he was there. “Our research about his personality signifies he is a person of noble character, a man of integrity, a straightforward individual whose life is not a predicament to the society rather, a blessing.” The group who further described Basil as a “Walking encyclopedia, trail blazer, pacesetter and compassionate leader” in the aviation sector stressed that he is one Nigerian who is so deserving of being honored because history will not forgive them if they fail to honor him.
While reeling out their objectives, the Vice President of NYCN, Barrister AbduMalik said the essence of NYCN include Advocacy against drug abuse, thuggery, vandalism, prostitution and other social vices within our society. They stressed that the council achieve their objectives through advocacy for entrepreneurship, quality education, preaching good governance, promotion of peaceful coexistence between Muslims and Christians, Peace Building and donations to Internally Displaced Persons (IDP).
In his response, the Managing Director/CEO who was overwhelmed by the Northern Youth Council of Nigeria encomium said he was joyful and happy that the council found him worthy of the award. He said the objective that drives the NYCN is a good one. He advocated that whatever God gives to us, we must make the best use of it stating that what the organization stands for, drives his life. He promised to support the organization in whatever way he can so as to ensure they continue to do their best to ensure we have a better society.
Since his resumption of office as the MD/CEO in 2018, Basil Agboarumi was able to successfully transit SAHCO from a privately owned company to a Public Liability Company. This feat has been one that the Bureau of Public Enterprise (BPE) has been very proud of. 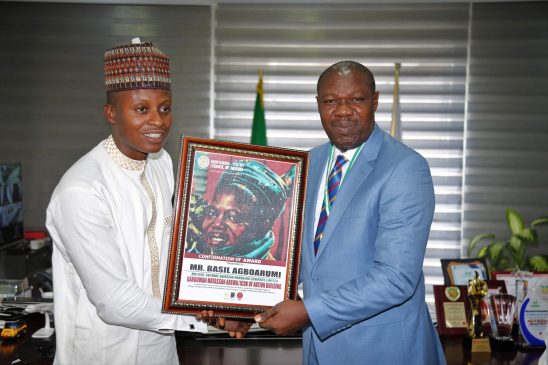 During the oversight visit of the House of Representatives to SAHCO, Honourable Kolade Victor who represents Eseodo/Ilaje Federal Constituency, led the team that comprised of Hon. Timilehin Adelegbe, Hon.Ojerinde Olumide, Hon.Musa Umar Garo, Hon. Abonta Nkem, Hon. Sani Miraf, Hon.Benjamin Ben Maondu said that SAHCO needs to be understudied such that Government agencies that are no more viable can be sold off to private hands that can be successful like SAHCO.
Furthermore, a modern export warehouse was constructed to accommodate the growing demand for export that is being pioneered through the Federal Government’s policies of encouraging agro produce export, this is in addition to the expansion of the main export warehouse.
Also, recently, SAHCO also purchased modern tow tractors, conveyor belts, pallets, passenger steps among other Aviation Ground Handling Equipment to aid the company’s operations. Under his leadership, Agboarumi encouraged the Engineering & Maintenance department of SAHCO to produce aviation Ground Handling Equipment from locally sourced materials like Fuel bowser, Toilet bowser etc. His tenure has created an enabling environment for staff thereby giving room for team work.
Basil Agboarumi is a member of the Institute of Directors (IoD Nigeria), a Fellow of the Nigerian Institute of Public Relations (FNIPR), an Associate Member of the Advertising Practitioners Council of Nigeria (arpa), and an Aluminous of the Pan-Atlantic University.
Skyway Aviation Handling Company PLC is an aviation ground handling company that is involved in Passenger Handling, Ramp Handling, Cargo and Warehousing, VIP Lounge Services and Crew services.