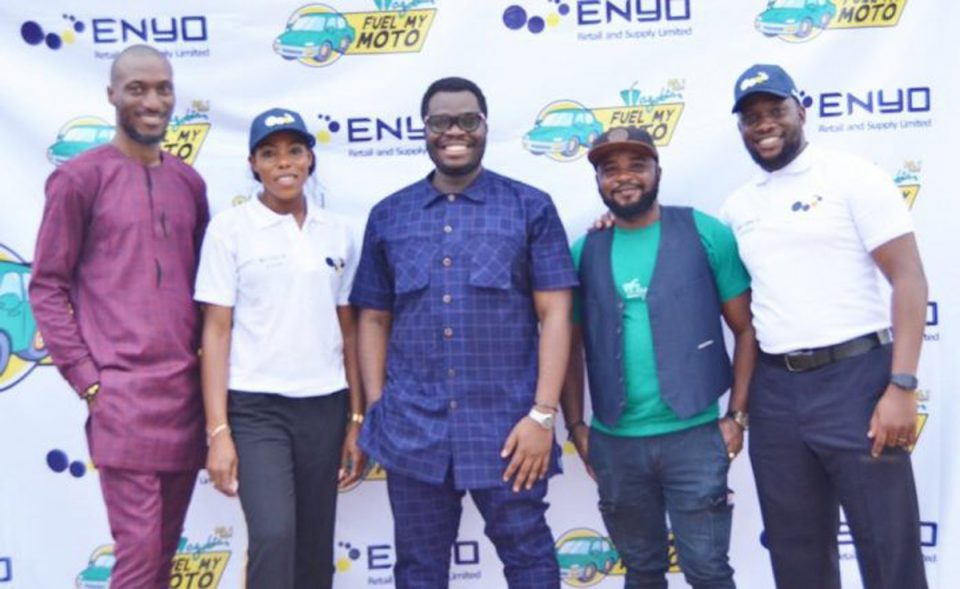 Around the world, more than three billion people, nearly half the world’s population, cook their food using solid fuels like firewood and charcoal on open fires or traditional stoves.

This produces a lot of smoke, creating indoor air pollution, which, according to the World Health Organization (WHO), kills millions of people annually.
This type of pollution is of particular concern in developing nations like Nigeria, where women and their young children, who typically stay close to their mothers while they are cooking, bear the brunt of the health problems caused by indoor pollution. Though, air pollution occurs both indoors and outdoors, Nigerians often pay attention only to outdoor air pollution, underestimating the severity of the impact of indoor air pollution. Due to this, these sources of energy (firewood and charcoal) have therefore been highlighted as a barrier to economic progress and a major source of illness.
It is in recognition of the dangers of indoor air pollution, that leading downstream Company, Enyo Retail and Supply have prompted a revolution in energy use that is already underway.

Part of this involves a massive shift from cooking with wood and other forms of biomass to cooking with liquefied petroleum gas (LPG).

LiquefiedP Gas (LPG) is a cleaner source of cooking energy. It has the potential to change the landscape of household energy utilization in developing countries.

It has substantial potential benefit for health, and even in climate protection. It also plays an important role in reducing household air pollution.

According to Sales and Marketing Lead, Enyo Retail and Supply, Habiba Abubakar, as players in the LPG space, they are proud to be leading the charge as the leading suppliers of gas in Nigeria.

“The question is how can cooking gas or LPG change our way of living? Simple! Cooking has been around forever and will always be part of everyone’s everyday life. This is not a speculative market and because it is a part of everyone’s life, it is a very large target market.

LPG will take this routine task and revolutionize the way in which we all do it,” says Habiba.
Also commenting, Chief Executive Officer, Enyo Retail and Supply, Abayomi Awobokun stated that although clean cooking energy transitions are extremely challenging to achieve, they offer enormous potential health, environmental, and societal benefits; hence all Nigerians need to key into it.

“LPG was first introduced in Nigeria in the 1990s. For many years, it was considered to be the rich man’s fuel, due to its limited availability and lack of distribution facilities. However, Enyo’s SL-Gas has emerged as a reliable kitchen fuel in the country as its availability has increased significantly and we have built up distribution channels that make it accessable to a much wider population and at an affordable cost,” explains Awobokun.
Research shows that aggressive actions on the fight against indoor air pollution is ongoing in various countries including India, China, Pakistan and Bangladesh.

These countries used to lead as the most polluted regions, with over 1.5 million air-polluted related cases.

Proper sensitization by both the government and LPG providers on the use of LPG and the actual adoption of it has contributed to the reduction of indoor air pollution in these areas.
Nigeria needs to be become aggressive in this area as well, adopting measures that will promote clean energy.

Thankfully, the provision of small sized LPG stoves like 3KG and 6KG by companies like Enyo Retail and Supply (SL-Gas) make LPG more affordable for the average man. Sensitization campaigns by Enyo Retail is a step in the right direction and more efforts like this are required if Nigeria is to become fully aware of the dangers of indoor pollution and act to reduce the menace. There would be greater benefits for all if a national policy is in place to accelerate the adoption of LPG and to address the challenges of supply, regulation, distribution and affordability of this clean cooking energy.

No plans to delist Forte Oil from stock market – Official

The hills and valleys before the new NCDMB Governing Council

None Of Our Employee Has Been Infected By COVID-19, Says Chevron