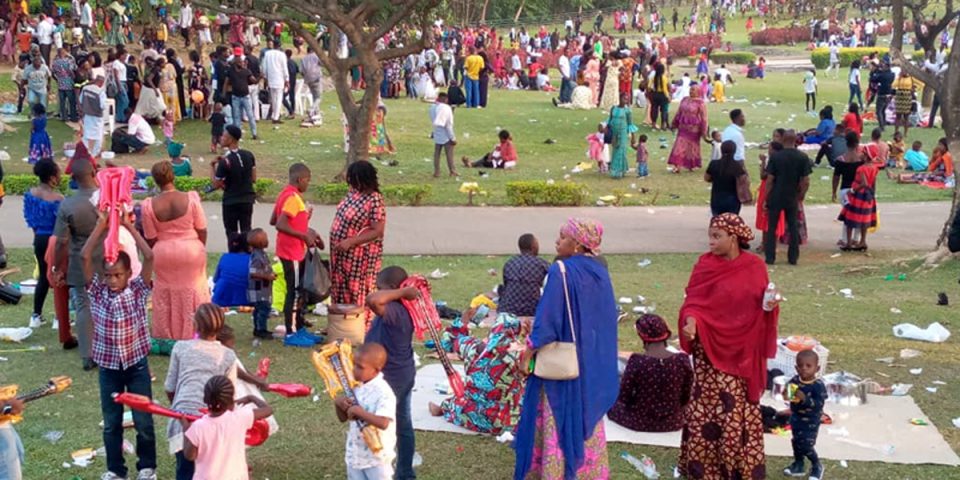 Fun seekers at various fun spots in Ibadan metropolis, including Agodi Gardens and Palms Mall, Ring Road, on Wednesday, urged the Federal Government to do its best to up the ante of governance and improve the economy in 2020.

They made the appeal to our correspondent, who visited the centres.

Mrs Anna Igbakpa, a civil servant in the state, urged the government to create more jobs for the youth and improve the health sector in particular.

She said that government should also concentrate more on improving the education sector as well as workers’ welfare.

Igbakpa, who brought her children to have fun at Palms mall, thanked God for the grace to witness another year.

Mrs Mary Adebayo, also a parent and business woman, appealed to leaders to fulfil the promises made to the citizens during electioneering.

“We need improvement in social amenities, road construction, power supply and security. When there is adequate security in the country, there will surely be peace.

Similarly, Mr Femi Kushimo,  a father and business man, urged  government to invest more in agriculture by providing basic farm facilities and implements for the farmers.

Kushimo urged the government to open the country’s borders, saying this would help reduce the cost of his business materials.

“The prices of engineering equipment, especially the imported ones, we sell have really increased since the closure of the border.

“We commend the Federal Government on its efforts to curb corruption, while appealing that they should do more work to improve the economy in all aspects in 2020 in order to better our lots, ” he said.

Also, Mr Tunde Mohammed, a youth and member of staff of Ibadan Electricity Distribution Company (IBEDC), urged the government to concentrate more on road construction, especially that of Ibadan to Lagos and Niger to Kwara.

“We really commend the Federal Government for improved security in the country and the efforts to curb corruption as well as restructure the economy.

“Our youths should not be waiting for white collar jobs; they can engage in farming, which has different value chains and is capable of making them employers of labour,” he said.

The fun seekers, including parents, children, youths and suckling babies, were sighted at the centres eating, drinking and catching fun.

Other fun spots such as Bubbleplus, RinGii and Paris Kitchen, were not left out, as people filled up the places to celebrate the New Year.

Write more, thats all I have to say. Literally, it seems as though you relied on the video to make your point. You clearly know what youre talking about, why throw away your intelligence on just posting videos to your site when you could be giving us something enlightening to read?

Thank you for the good writeup. It in fact was a amusement account it. Look advanced to more added agreeable from you! By the way, how can we communicate?

Thanks for the purpose of offering these sort of superb articles.

Thanks, this site is extremely practical.

Really had to mention Now i’m delighted I stumbled in your site.

I think this is one of the most significant information for me. And i am glad reading your article. But want to remark on some general things, The web site style is wonderful, the articles is really excellent : D. Good job, cheers