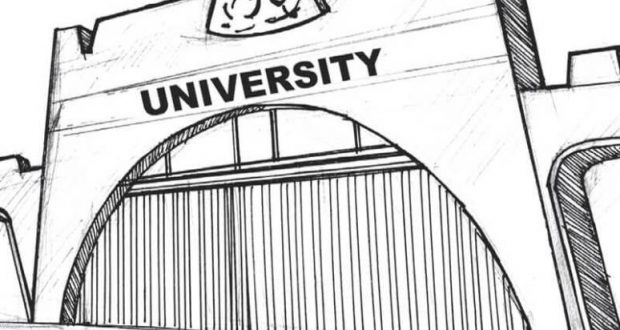 Ridding the university system of fake professors – The Sun

The revelation that there are about 100 fake professors in some of the nation’s universities does not speak well of the recruitment and promotion process in the affected universities. The National Universities Commission (NUC) reportedly discovered this through its online portal where professors were mandated to upload their details.  According to the Executive Secretary of the NUC, Prof. Abubakar Rasheed, the commission has published the details of the fake professors on its website. It has also sent the names of the fake professors to the various universities for verification.
Beyond this, the NUC should make public the names of the fake professors and their affiliated universities in the same way it has published the names of illegal universities in the country. Nigerians deserve to know them and where they teach. Such information should be in public domain. It is sad that there is quackery in almost every profession in Nigeria.
Apart from quack doctors and lawyers, we have quack engineers, quack medicine vendors and fake journalists. There are quack nurses, midwives and fake prophets. We also have unqualified teachers and builders. The list is not exhaustive.
It is worrisome that the nation’s universities should harbour about 100 fake professors. The figure, which might be below the actual number, is still quite alarming. We bemoan fakery in any aspect of our national life. We decry the existence of 100 fake professors in our universities.
The idea of having such a number of unfit university teachers in our system is not only nauseating but also astonishing. Also, the inability of the universities to fish them out is even more astonishing. Having fake professors in our varsities borders on moral depravity and epitomizes the growing crass materialism in the country as well as lack of values.

Since the NUC has the list of the fake professors, the right thing to do now is to ensure that they are apprehended and prosecuted. If they are found guilty, they should be given condign punishment. The NUC and the universities must fish out fake professors or any fake lecturer in the system. No doubt, having fake professors will definitely lower the quality of university education.
We may also have fake teachers in our polytechnics and colleges of education. There may be some fake teachers in our primary and secondary schools. Those in charge of these schools should find out if fake teachers exist in them. However, there are indeed some pertinent questions to ask. What kind of knowledge would fake professors give to their students? How did the system allow the existence of fake professors despite stringent promotion guidelines in the universities?
The rules guiding promotion in the university include, among others, the publication of certain number of papers in reputable journals in Nigeria and abroad as well as spending some years in a rank. It takes a specified number of years before a university teacher moves up in a rank. Every lecturer is assessed annually through the Annual Performance Evaluation Report, which covers his or her teaching and research activities.
The universities should come up with a more rigorous vetting of prospective employee’s degrees before being employed as a university teacher. The promotion process should be made more transparent and free from error. Those who may have aided and abetted the recruitment and promotion of unfit varsity teachers should also be fished out and punished adequately. It is one of the best ways to sanitise the system.
Therefore, we urge the university authorities to really ensure that the time is up for pretenders and charlatans in the system as recently promised by the Committee of Vice Chancellors of Nigerian universities. University teachers and other stakeholders are enjoined to assist the universities to track down all fake teachers in the nation’s university system.
There should be no room for fake professors in our universities. Above all, let there be concerted effort by all the stakeholders to rid our universities of academic misfits and impostors.