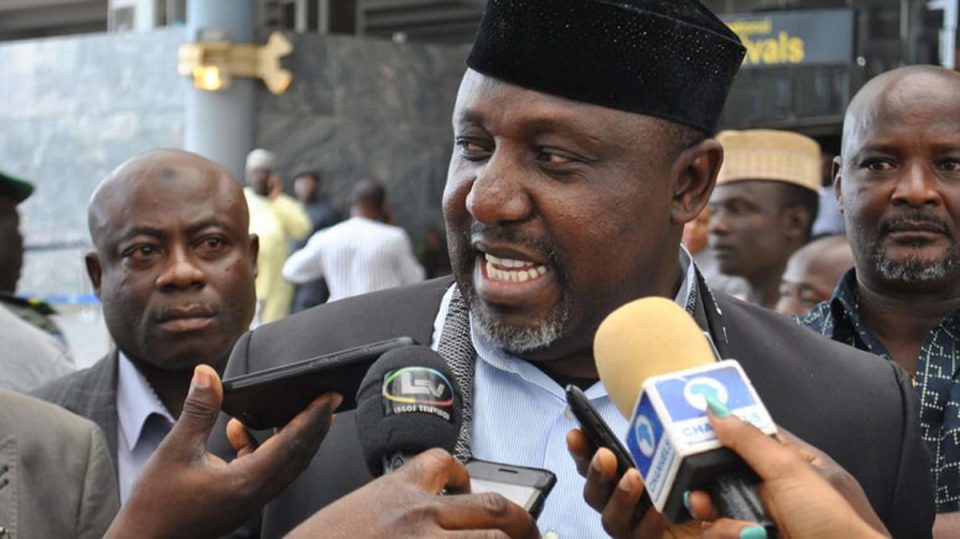 Former Imo Gov. Rochas Okorocha has felicitated Sen. Hope Uzodinma of the All Progressives Congress (APC) over the Supreme Court rulling declaring him the winner of the 2019 governorship election in Imo.

But some stakeholders in the Peoples Democratic Party (PDP) in the state described the judgment as ”a rape of democracy”.

The  Supreme Court nullified election of Emeka Ihedioha of the PDP as the governor of the state and declared Uzodinma winner of the governorship election held in Imo.

However, Okorocha, who is representing Imo West Senatorial zone at the National Assembly, said he would support Uzodinma’s government to succeed in Imo.

Okorocha, who disclosed this through a statement issued  by his media aide, Mr Sam Onwuemeodo, said the judgment represented the choice of Imo people.

“I want to congratulate Hope Uzodinma for his victory at the Supreme Court and we will all work together to ensuring that his government succeeds.

“This is an indication of a new hope in Imo, everybody must remain calm and watch Uzodinma unfolds what he has for Imo,” Okorocha said.

In another development, some PDP members in Imo have described the Supreme Court judgment as ”a rape of democracy”.

Speaking shortly after the news of the judgment, a PDP woman leader and a retired civil servant, Mrs Dora Nnawuchi, said the judgment did not only rape democracy, but a way of causing crises in Imo.

Great write-up, I¦m normal visitor of one¦s blog, maintain up the nice operate, and It’s going to be a regular visitor for a long time.