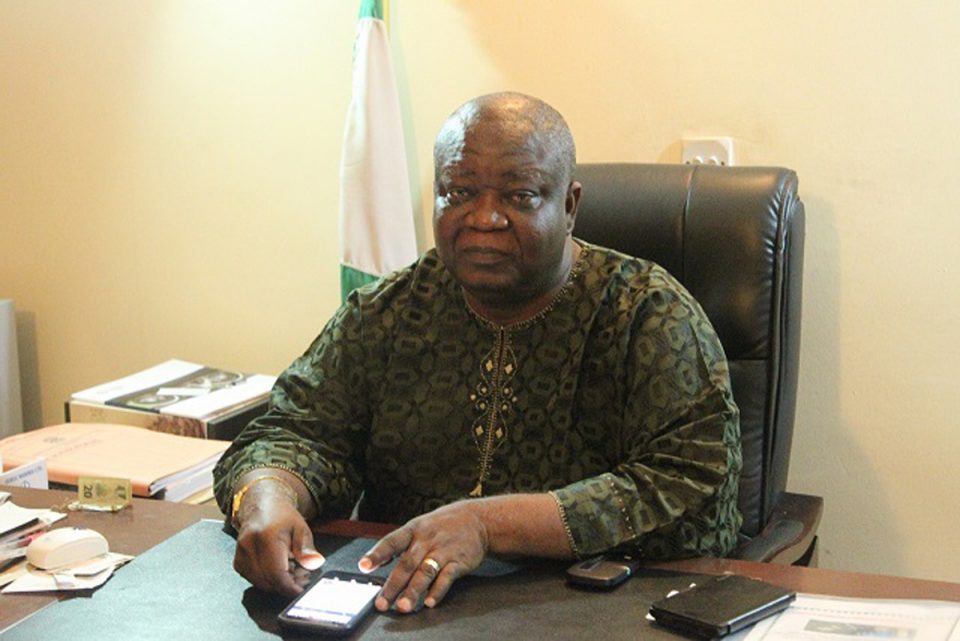 Mr Fidet Okhiria, the Managing Director of Nigerian Railway Corporation (NRC), has commended the Nigeria Police Force on its efforts to reduce vandalism and theft of property belonging to the organisation.

Okhiria made the commendation after the Minister of Transport, Mr Rotimi Amaechi inspected the Lagos axis of the ongoing Lagos-Ibadan standard guage rail line on Friday by.

The NRC boss said that the activities of hoodlums had continued to hamper the operations of the corporation and the ongoing construction of the Lagos-Ibadan rail line.

“For the last two weeks we have had some respite, and I think the police have also lived up to their responsibility by ensuring that they pick those that are involved and charge them to court immediately,’’ Okhiria said.

On the anti-theft device, Okhiria said those were parts of the additional works given to the contractor, China Civil Engineering and Construction Corporation (CCECC) and that the device was going to be put in place.

“When the work started we had to talk to them (CCECC) to find the best way to limit vandalism and they are working on them,’’ he added.

On the delay of the coaches for all rail corridors, Okhiria attributed the berthing of coaches to issues surrounding shipments and ports.

“When we had a meeting with Nigerian Ports Authority (NPA) and the minister of transport spoke to them , they came up with a drastic solution to ensure they get the material for construction and they have been able to get that.

“So, I think within the next one week the ship carrying the railway items will berth and we will off load,’’ Okhiria said.

Speaking on some additional works delaying the Lagos-Ibadan rail project, the managing director said that the redesigning of the railway stations, overpasses and bypasses were some of the reasons.

“These were not the type of stations that were in the initial contract but we encouraged them to continue on the new design.

“The bypass and under pass were also not part of the initial contract, they were to be physical level crossing.

“But when the minister came he said we must obey the law and government policy that have been put in place that there must not be direct crossing, but overpass or underpass on rail and road crossing.

“They had to redesign, some of them have just been approved and they had to acquire more space because when you do the bridge you do not expect it to fall within the rail corridor.

“It is going to be extended outside the rail corridor,’’ Okhiria said.

On the April deadline for the project, the managing director said that as a realist and as a practical person, he still hoped the target could be met with more manpower.

The Minister of Transportation, Mr Rotimi Amaechi, says there is remarkable improvement on the pace of work on the Lagos-Ibadan standard gauge railway line.

Amaechi made the assertion  while interacting with journalists in Lagos on Friday after an inspection  of the ongoing work on the Lagos axis of the Lagos-Ibadan rail line.

He spoke at the Ebute-Metta Office of the China Civil Engineering Construction Corporation (CCECC), the contractors handling the project.

The minister, who had earlier frowned at the contractors on Monday, said that he had observed improvement in construction of stations and mobilisation of more staff to the sites.

“We agreed that we will come to site and see what they have done, so we came and I think there is remarkable progress from the day we came till today.

“Just like I asked the journalists, if we saw the number of staff we saw today on site today, we would not have complained.

“Going from here to the sea port, you will see remarkable improvement, meaning that something was wrong before their chairman came.

“I am going now to have another meeting with him and we will have a total conversation on how to move forward,’’ the minister said.

On Apapa axis, he said the contractor had promised that there would be remarkable improvement from next week.

The minister said that the Federal Government would not allow laying of tracks before construction of stations when the Ibadan-Kano Standard Guage Rail line whenever the construction commenced.

He added that the laying of tracks and construction of stations must run concurrently to avoid the kind of delay experienced in the Lagos-Ibadan rail line.

On what the contractors should do differently on the Ibadan-Kano project, Amaechi said that adequate manpower and prompt delivery of equipment were very critical issues the contractors must look into for speedy delivery.

“If they do that, we should expect that in three years time, they should deliver on the project,” he said.

On the deadline for the project, Amaechi, who declined affirming April delivery deadline, said that the government was still hopeful.

The minister, who said that he didn’t want to be talking about the deadline again, however, said that additional works contributed to the delay of the project.

The minister, who was inspecting the project for the second time in the week, commenced the inspection at Ebute-Matta Station at 9:00 am, later moved to Apapa Port axis in a train ride on the narrow gauge line.

Amaechi, who had earlier assured Nigerians that the entire project would be delivered by April, expressed doubt that the stations would be ready as planned during the Monday inspection.

U.S. Embassy awards over $523,000 in Grants to Nigerian Civic Groups