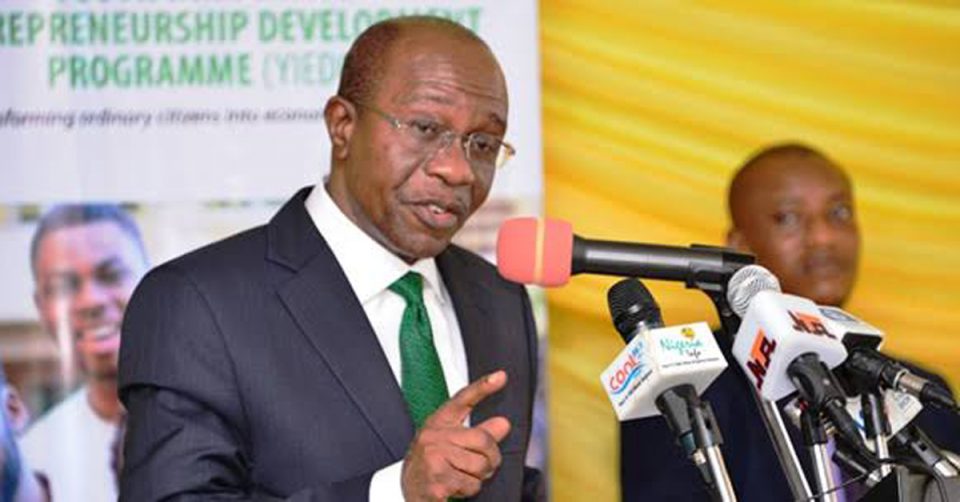 The CBN Governor, Mr Godwin Emefiele disclosed this while briefing newsmen on the outcome of Monetary Policy Committee (MPC) meeting held in Abuja on Friday.

Emefiele said that the gross credit in the industry grew by two trillion naira between May and December 2019.

He noted that the credit was channeled primarily to the employment-stimulating sectors such as agriculture and manufacturing, in addition to increased lending to the retail and Small and Medium Enterprise (SME) segments.

The CBN governor said this is expected to boost domestic output growth in the short to medium term.

He stated that the Committee further encouraged the Management of the bank to be more vigorous in its drive to improve access to credit through its pursuit of the Loan-to-deposit ratio policy as doing this would help, not only in creating job opportunities.

He added that it would also help in boosting output growth and in moderating prices.

“To retain the gains from credit expansion and current industry focus on lending, the Committee advised the bank to sustain its Lending to Deposit Ratio (LDR) Policy and in addition continue to deploy its Differentiated Cash Reserve Requirements (DCRR) policy which directs new funding for greenfield projects and expansion to critical sectors of the economy” he said.

Meanwhile, the governor said MPC noted the improvement in the financial soundness indicators, growth in assets of the banking system and the gradual switch in the composition of Deposit Money Banks (DMB) assets from investments in government securities to growth in credit portfolio.

“It, however, noted that lending rates at the retail segment of the market had remained fairly sticky downwards as deposit rates had declined substantially. It also noted that in some cases, DMBs were not encouraging term deposits in their portfolios and therefore, emphasised the Bank’s commitment towards the implementation of the LDR policy.

“On fiscal operations, the Committee applauded the Government for the recent signing of the 2020 Finance Bill which opens a new vista of opportunities in public financial management.

“The MPC, however, cautioned that public debt was rising faster than both domestic and external revenue, noting the need to tread cautiously in interpreting the debt to GDP ratio.

“The Committee also noted the rising burden of debt services and urged the Fiscal Authorities to strongly consider building buffers by not sharing all the proceeds from the Federation Account at the monthly Federation Accounts Allocation Committee (FAAC) meetings to avert a macroeconomic downturn, in the event of an oil price shock” he explained.

We didn’t direct decommissioning of metres by DisCos – NERC

Naira stable at N360.5 to dollar at parallel market