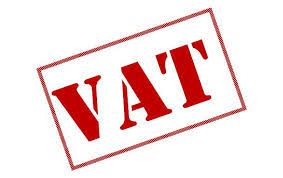 As the new Finance Law takes off – Vanguard

The implementation of the new Finance Law 2020 has started with the Value-Added Tax increase set to kick-off next month.

The Federal Government had ignored suggestions by informed analysts to reconsider some of its provisions. We now address the necessary palliative measures that should be taken to reduce its negative impacts on the people.

The lead provision of the law is the 50 per cent jerk up in VAT to 7.5 percent. The Federal Government had stated that the law was specially designed to support the implementation of the 2020 Federal Budget. This means the government just wanted more money to spend despite other provisions of the law that tended to address some fiscal systems inefficiencies.

But we would want the government to rebalance its thinking on the implementation of the new law in such a way as to provide fiscal counter-balance to the observed negativities of the law.

For instance, the VAT increase will impact adversely on businesses from the cost pressures perspective. Margins would be affected, depending on the extent to which additional costs could be passed to consumers. The worry is that we are operating in a high cost environment.

We recommend that government should specifically apply the revenue accruals from the new VAT regime to economic infrastructure and services such as roads, electricity and communications which have traditionally carried the largest chunk of the cost components in companies’ statements of account.

We also have to worry about the provision on minimum tax. It is inappropriate to compel loss-making firms to pay tax, no matter how little. This amounts to erosion of capital.

We recommend that this provision should be adjusted to deferred tax, which can be collected when the companies affected start making profit.

It will result to higher inflation, interest rate hike, and decline in demand for goods and services irrespective of who produced them.

It will hurt workers – if take-home pay remains constant. This will further impoverish the personal income of consumers, especially the poor. It will affect market operations, mostly the formal sector.

An increase will discourage consumption (people will tend to buy fewer items to save cost). This will hurt businesses and affect employees.

Since the revenue windfall from this law will also accrue to states and local governments, we call for the inclusive implementation of the national minimum wage law by all tiers of government.

We also ask the government to prevail on the private sector to enhance wages at the backdrop of the inevitable spike in cost of living.