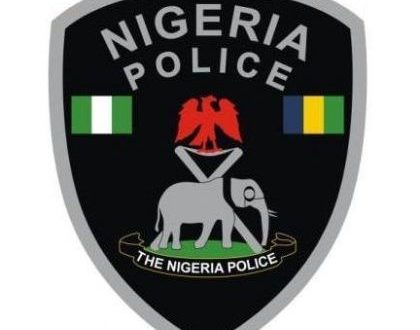 The babel of voices on community policing from federal officials peaked recently with confusing details on the proposed crime-fighting personnel to drive the scheme. From the plan to recruit “about 50 community police officers” per local government area to their kitting and involvement of traditional rulers in recruitment, a picture emerges of a knee-jerk reaction by a regime bent on squelching popular agitation for regional and state policing. A supposed “community policing” system orchestrated and controlled by the Federal Government is, however, a contradiction in terms and will only deepen the centralised policing architecture that has failed so woefully.

The present gyrations of the police brass and the Federal Government are pathetic. In the face of the horrific insecurity in the country, they are also ominous. Rather than move with the times, a narrow elite class is obdurately bent on preserving the single centralised policing system, pushing back against regional initiatives and the inevitability of state policing. Critics see a nexus between the birthing of the South-West security initiative, Amotekun, and the sudden rush for community-policing acrobatics as a federal pushback.

Without mincing words, the government is responding to calls to decentralise policing with recourse to even more centralisation! It is simply further entrenching the central security command system. When the evidence is compelling that the current practice where state police commissioners, officers and the rank and file are posted out of their states of origin to unfamiliar terrain has failed the test of time, an Inspector-General of Police in Abuja with officers he imposed on the states should not attempt to further micro manage security at the community level. States are better placed in a federation to oversee community policing initiatives.

The government version has no future. First, the IG, Mohammed Adamu, last month directed state police commissioners to commence the recruitment of special constables, asking them to “liaise with traditional rulers and community leaders” to screen volunteers. The 1999 Constitution establishes state governors as the chief security officers of the states; it also provides for democratically elected local government councils to administer the LGs. The attempt to circumvent elected state and LG officials and empower unelected, hereditary personages is anachronistic. Traditional rulers report to the LGs. As a result, it is absurd to confer such responsibility on unelected and unaccountable authorities. A distant authority cannot bypass LGs to control community leaders.

The prevailing culture of sharing and wrong application of federal character also plays out in the plan to recruit about 50 volunteer community police officers in each of the 774 LGAs of the country. States, LGAs and geo-political zones differ greatly in size, population, terrain, security challenges and hence, have different community policing needs. This perverse application of quota system reflects just how deep centralisation has taken root.

Even more ominous is the word that the CPOs would be kitted in police uniform but would not be paid, being volunteers! Though the force spokesman later clarified that they would be paid “stipends,” the police plan compounds, instead of solving problems. Based on past and current experience, giving a uniform to persons controlled from Abuja encourages impunity, extortion and brutality. Though volunteer constables were tried in the past, the reality today is very different, both in terms of the challenges and availability of employed persons for part-time constabulary work.

The President, Major General Muhammadu Buhari (retd.), and his security chiefs should stop toying with the lives and security of Nigerians. The centralised policing system has failed disastrously. One newspaper tallied the number of persons murdered in January this year alone at 320, victims of terrorists and bandits. Herdsmen and accompanying gunmen have extended the killing fields from the North and the Middle Belt to the Southern states with wanton murder, kidnapping, rape and robbery in their repertoire. With one of the world’s highest kidnapping-for-ransom rates, bandits have rendered the country’s major highways unsafe for travel, driving many to tortuous train journeys. Now bandits brazenly attack passengers as they arrive or depart train stations. The figure of 685 persons kidnapped in the first three months of 2019 given by the IG is believed to be much higher, while bandits, aping Boko Haram in the North-East, are in control of some LGAs in the North-West, admits Katsina State Governor, Aminu Masari.

Delay in effectively decentralising has tipped the country closer to the precipice. Community policing should be left to the states under a full state policing system. In the United States, from where Nigeria borrowed the presidential system, there are federal law enforcement agencies but no national uniformed police force. Of its 17,985 law enforcement departments, only 11 per cent work for the federal government, almost 10 per cent for state governments while about 80 per cent are employed by local authorities. Policing is vested in the 26 cantons of Switzerland, with the federal police limited to national security and specialised high crimes enforcement.

It is absurd for the Federal Government to get involved in the recruitment, command and control of community policing personnel. As in the US, central government’s contribution to community policing is limited to funding research, grants and technical assistance to local police units.

The government should stop the diversionary manoeuvres, provide support to regional security initiatives and urgently lead efforts to amend the constitution to dismantle the central policing system in favour of state policing.

Buhari’s lawlessness: Our stand- The Punch

That presidential initiative to reduce poverty – The Guardian