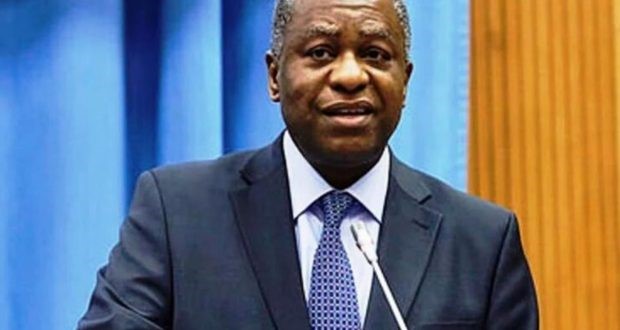 The Minister of Foreign Affairs, Geoffrey Onyeama in his meeting with the diplomatic corps last week identified nine priority areas that would guide Nigeria’s foreign policy in the next four years.

According to the Minister, these are an expansion of the first term priorities which were security, fight against corruption and job creation.

In the address the Minister stated that the thrust of pursuing these priorities will be guided by a ‘’Nigeria first policy’’ which is understood to mean that our foreign interactions will be based primarily on securing Nigeria’s interests above other interests. We note that, Nigeria in trying to project itself as the ‘’big brother’’ often tend to pursue an altruistic course in foreign relations especially in Africa which is sometimes unnecessary and ultimately yields very little in return. We have seen situations where countries that have been beneficiaries of our largesse and open hand gestures and assistance turn round to not only refuse to reciprocate when we require their help but actually work against our interests in conjunction with others. The worst of it all are cases where Nigerians in some African countries are singularly subjected to xenophobic attacks for no other cogent reasons that they are just Nigerians.

We had expected that Mr Onyeama would use the occasion as a major foreign policy event to convey to the diplomatic corps that henceforth Nigeria’s foreign relations along the priority areas he outlined will be underpinned by how much these countries and multilateral agencies reciprocate and incorporate Nigeria’s interests. This is especially as the Minister himself has had to wade in vigorously in the past four years in some of the incidents involving the unfair and unacceptable treatment of Nigerians and Nigerian interests in some of the countries whose representatives were present at the briefing.

We note that the priority areas he enunciated where more of domestic issues than foreign ones. There should have been specific areas of foreign policy which Nigeria will require that countries with which it shares relations with will reflect our stated interests. These areas include economic assistance, the fight against terrorism and insurgency in Nigeria and West Africa, our quest to be Africa’s permanent representative at the United Nations and other such areas that are germane to our national development.

It is no gainsaying that Nigeria faces existential challenges in all areas of endeavour. According to reports and statistics we have a growing population that in a few decades will make our country the third largest in the world after China and India. We are faced with enormous environmental challenges which affect our livelihoods. We are faced with the increasing tough global economic conditions which lead to poverty and attendant social issues. And we are faced with growing insecurity around and within the country which stretches our resources in tackling them.

In meeting these challenges, Nigeria certainly cannot go it alone. Like all countries in an interdependent world, we will require the assistance and goodwill of other countries. But we must also bear in mind that while seeking these necessary assistance, we should primarily be guided by the need to safeguard our security and self-worth. This is particularly important because we are a diverse, complex country with potentially fragile fault lines. We must accordingly strive to ensure that while necessarily seeking to provide for our people and thus enhancing social inclusion and integration, we do not open our country to be taken advantage of by the predatory intentions of powerful countries in the International system. That is where a foreign policy of ‘’Nigeria first’’ is timely, necessary and justifiable.

As the new Finance Law takes off – Vanguard

The banks and the depositors – Thisday

The highways of insecurity – Thisday