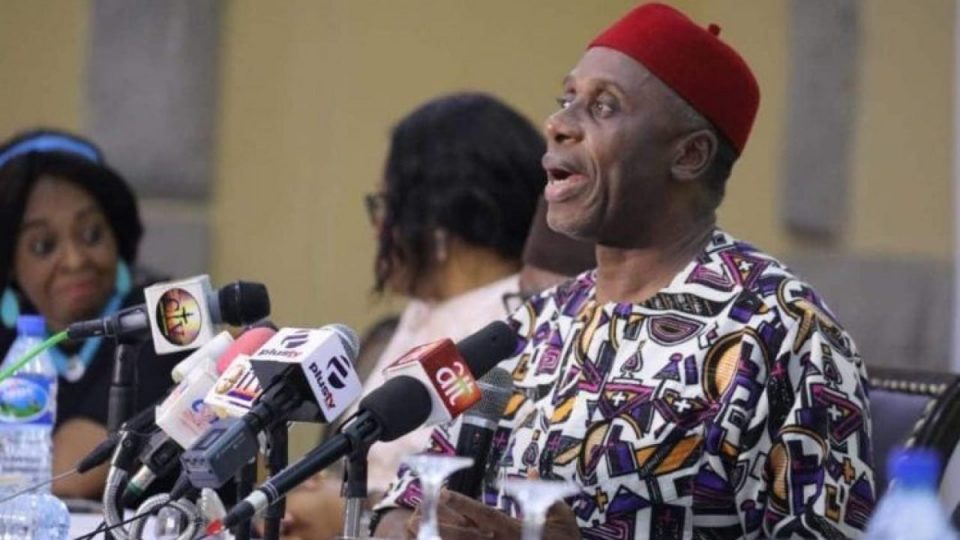 The Minister of Transportation, Rotimi Amaechi, has stated that women should be given more empowerment opportunities by the Federal Government as they are good managers of resources.

Amaechi spoke on Tuesday during the empowerment of 5,000 women and youths in Port Harcourt by the National Directorate of Employment and the Office of the Minister of State for Labour and Employment.

He said, “Five thousand persons will be given loans without interest; between N100,000 and N5m.”

The minister expressed gratitude to the President, Major General Muhammadu Buhari (retd.), for the initiative of empowering Rivers people with business loans and vocational skills acquisition.

“We are grateful to the Minister of State for Labour, the DG, NDE and the President. They have told me how much they are bringing into Rivers State – N750m.

“Then there are 30 persons who will be trained per local government area by the NDE and they will be attached to artisans to work with, and the Federal Government will be paying you directly at the end of the month,” Amaechi said.

The Minister of State for Labour and Employment, Festus Keyamo, SAN, said the greatest employment was self-employment.

LPG retailers to get data base

Effects of Greek bailout will extend beyond August – Merkel

Discussants call for recognition of Palm Wine as national symbol