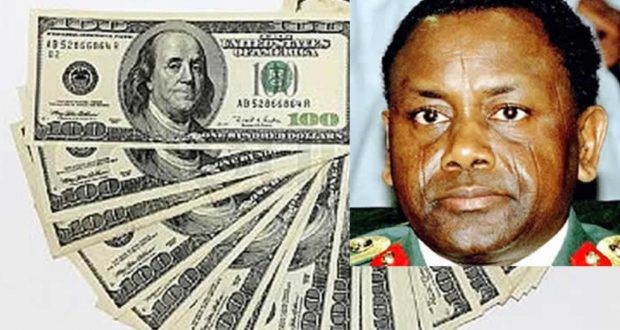 The United States of America, last week, sounded a warning to Nigeria on the judicious use of the recovered loot of the late Head of State, Gen. Sani Abacha. The warning came at the signing of an agreement between Nigeria, the U.S. and the Island of Jersey, for the repatriation of $318,460,320,000 looted and stashed away by Abacha.

The warning came after Nigeria indicated that it would use the recovered loot to fund three major projects, namely, the Lagos-Ibadan Expressway, Abuja-Kano Expressway and the Second Niger Bridge.

The projects will be done through the Nigeria Sovereign Investment Authority (NSIA).

According to the spokesperson of the U.S. State Department, Morgan Ortagus, “the funds will be used by the Nigerian Sovereign Investment Authority for three infrastructure projects in strategic economic zones across Nigeria. To ensure that the funds are used responsibly and for the good of the nation, the agreement includes mechanisms for monitoring the implementation of these projects as well as external oversight and it requires Nigeria to repay any funds lost as a result of any new corruption or fraud to the account established to hold the returned assets.”

Disturbed by the threat of repayment, Malami argued that such was not possible under President Muhammadu Buhari, insisting that the present government in Nigeria has a record of transparency and accountability in the utilization of recovered assets through diligent implementation of projects agreed upon.

Malami also recalled that Nigeria honoured its agreement with Switzerland and the World Bank with particular reference to the disbursement of the $322 million repatriated from Switzerland in 2018 under a World Bank monitored social investment programme targeted at poor households.

He said: “The assets will support and assist in expediting the construction of three major infrastructure projects across Nigeria: the Lagos-Ibadan Expressway, Abuja-Kano Road and the Second Niger Bridge. These projects are being executed under the supervision of NSIA as a public private partnership that will boost economic growth and help alleviate poverty….”

The advice by the U.S. must have stemmed from what the American government has seen with the noise about recovered loot since 1999 when democracy returned to the country.

Since the days of President Olusegun Obasanjo, through the late Umaru Yar’Adua, former President Goodluck Jonathan, the recovery of monies stolen by previous regimes and administrations have been a major point of boasting by successive governments. A major point of reference is the Abacha loot scattered all over the world. But Nigerians are still divided on the effective application of the recovered funds to the advantage of the country. Rather, stories of re-looting of the recovered funds and misapplication into some vanity and phoney projects have been the major issues.

Thus, while so much noise is made about the return of looted funds from abroad, little is heard of the concrete use of the monies for the benefit of Nigerians.

From the James Ibori loot to Dipreye Alamieyeseighe, to those recovered locally from the likes of former police chief, Tafa Balogun, among others, Nigerians cannot clearly say what the monies were used for.

We are aware that the last $322 million recovered from Switzerland from Abacha was said to have been used by the Federal Government in paying beneficiaries of its social investment programmes. Till date, nobody knows for sure how much of the money was received by the said people. While it is possible for Nigerians to trust government and take its words for the usage, it is not easy for the outside world to believe our stories.

That is why the warning of the U.S. is something to be taken seriously. Nigeria cannot afford to be seen to be recovering the monies through the assistance of other governments and countries, only to squander same on frivolities or not very clear projects. It is indeed about transparency, accountability and honesty.

We are of the view that the Federal Government would do well by channelling the recently recovered money into the projects it has outlined to dedicate the funds to. At least, they are visible projects, which could be measured by their progress.

There is no doubt that the three projects are very important and, if well handled, would make meaningful impacts on the lives of Nigerians. That is why we urge President Buhari, Malami and others involved in the process to ensure that the money is used strictly for the purposes attached to it. If not, government risks having a worse name than Abacha, who “saved” the money unintentionally for Nigeria.

Pension or perish – The Nation

Dealing with the cancer epidemic – Thisday

The Latest Hot E-Commerce Idea in China: The Bargain Bin