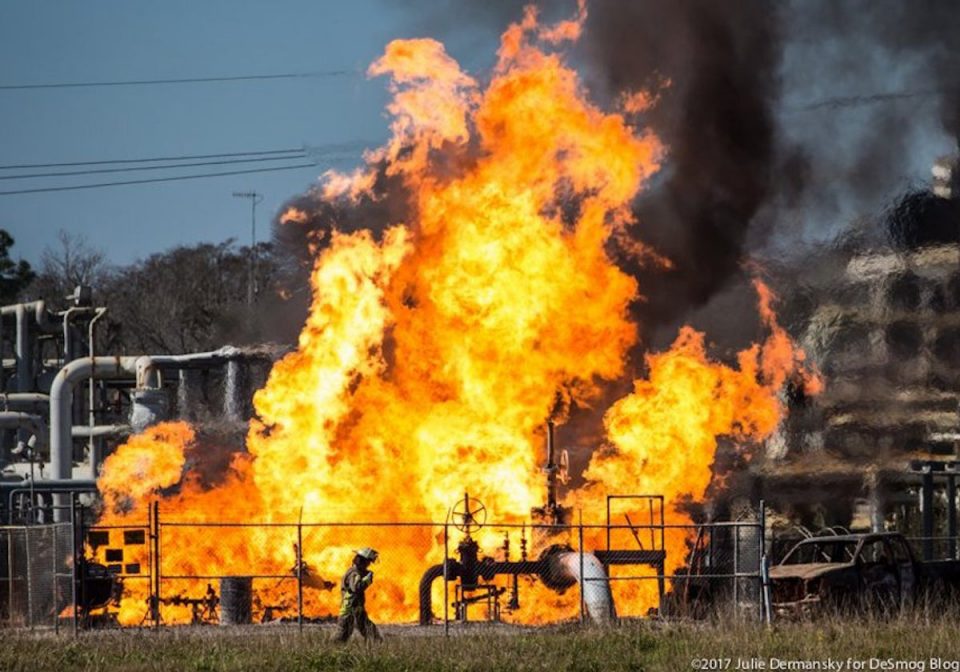 Scores of people have been injured following an explosion in Abule Ado, Amuwo Odofin Local Government Area of Lagos State, on Sunday.

The explosion threw residents of the area into a state of panic, TBI Africa reports.

It was learnt that the impact of the explosion destroyed some buildings.

As of the time of filing this report, the suspected cause of the explosion, the casualty figure and the number of buildings affected could not be ascertained.

A resident, Aliu Jimoh, said two fire service trucks had arrived the scene of the explosion but the fire was yet to be put out, adding that scores of people had been injured.

He said, “There is a problem in Abule Ado right now, a pipeline has exploded and many buildings have collapsed, including a school. We don’t know if people are in the building or not.”

More so, Ibrahim Farinloye, Acting Coordinator, Lagos Territorial Office, NEMA confirmed to TBI Africa that about 15 bodies recovered in the inferno including a whole family of four who were heading to church before they were  cut in the explosion. While a mother and husband with their two sons were also trapped in the explosion.

Farinloye, added that a number of school  children of Bethren Girls College and their Principal died who were in morning mass died while many were rescued alive