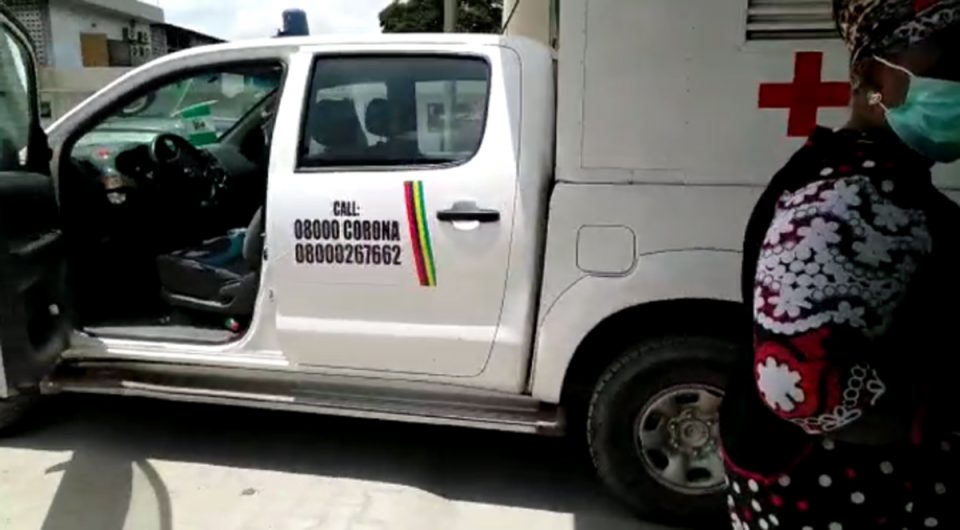 A 55-year-old man who was admitted to the Lagos University Teaching Hospital, Idi-Araba, has died in the facility.

A reliable source at the tertiary hospital said the man died of COVID-19 complications.

The source said the hospital discovered that the patient had COVID-19 after he tested positive to the virus when a Polymerase Chain Reaction (PCR) test was done on his blood posthumously.

“Fingerprint antibody test was done on him, confirming his COVID-19 infection,” our source said.

According to our source, the man, a 55-year-old hypertensive and diabetic patient had presented to LUTH’s emergency unit on Thursday night with “malaise, tremors, and fever.”

He was also diagnosed with acute chronic kidney disease and sepsis, our source said.

The source, a caregiver, said the man did not disclose his travel history and had died “a few hours” after his admission to the Federal Government-owned facility.

“The man did not give his travel history or the fact that he had contact with someone who had travelled overseas.

“When asked, he told the doctors that he had no history of coughs, sore throat, joint pains or diarrhoea,” our source added.

The caregiver said when the patient arrived at LUTH on Thursday night, he was sent to the “spillover unit” because the hospital had run out of bed spaces.

However, when he developed complications, a junior doctor (Reg) at the Accident & Emergency Unit reviewed his case and notified the Senior Registrar of his suspicion.

“After the Senior Registrar reviewed his case and confronted him with their findings, the man revealed the true story about his travels and his fear that he might have contracted COVID-19 and died shortly afterwards.

“He confessed that he had been coughing and that he had returned from Holland two weeks ago, where he had gone for follow-up treatment after a renal transplant he also had there.

Emergency workers being prepared before evacuating the body of the patient

When PUNCH HealthWise put a call across to the Lagos State Emergency Helpline for COVID-19, a staff at the centre said a similar call had also been placed by someone earlier regarding the incident.

“I got a call in respect of this from somebody in LUTH and we are yet to confirm that.

“We are only at the call centre to receive calls and don’t know what is going on out there,” the officer, who identified himself as Tolani, said.

Asked if it was a LUTH staff that called the helpline, Tolani said he didn’t know the persons’ identity. “I just got a random call,” he said.

He, however, told our correspondent to call back at an unstated time.

Meanwhile, a text message to confirm the development was sent separately to the Chief Medical Director of LUTH, Prof. Chris Bode; and the Lagos State Commissioner for Health, Prof. Akin Abayomi.

The message read, “Good evening sir. Trust your day was good. My name is Tessy Igomu, a journalist with The PUNCH Newspapers. I learnt that a COVID-19 patient with travel history to Holland just died in LUTH. Can you kindly confirm?”

Replying to the text message, Prof. Bode Chris said, “Confirm that with the Hon Commissioner of Health, Lagos State.

“He is the only one who gives out details and figures during an epidemic.”

The Health Commissioner has yet to respond to the text message as of the time of filing this report.

When our correspondent called the Health Commissioner, Prof. Akin Abayomi; and the Director, Public Affairs at the Lagos State Ministry of Health, Mr. Tunbosun Ogunbanwo, their individual phones rang out without being answered

Infected health workers rise from 40 to 113 in one week