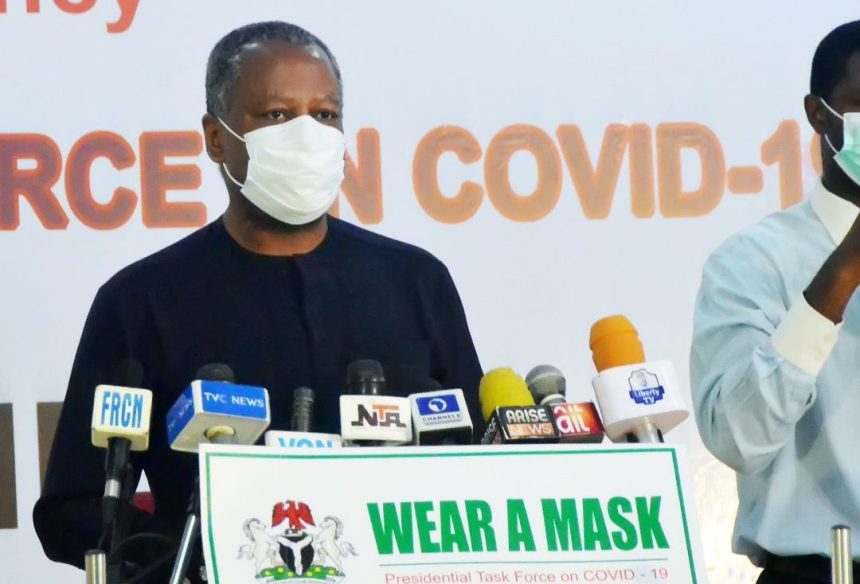 The Presidential Taskforce on COVID-19 has commenced preparation for discharge of Dubai and London returnees, it was learnt.

The Government had brought back 678 stranded Nigerians from United Arab Emirate,  265 from United Kingdom and 160 from the United States in three different batches.

On Tuesday, another batch of 292 arrived from Saudi Arabia bringing the number of stranded Nigerians abroad evacuated since the global lockdown occasioned by the Covid-19 pandemic to 970.

Minister of Foreign Affairs, Mr. Geoffrey Onyeama, stated preparation for the discharge of batch one and two has commenced.

He said: “I just want to give an update because we are coming to the end of the 14 days quarantine period for the first and second batches of evacuees.

“So as they come to the end of 14 days, I spoke to the Inspector General of Police today and he was very happy because some of them would have to travel across state lines and that has been source of concern for them but the IGP has directed the Commissioners of Police in the two cities in which they are located-Abuja and Lagos to receive them individually, give them personalised access and the  phone numbers that they can reach if they have any problem in any of the borders going home. So we are hopeful that they would not have any issues as they go back.”

Throwing more light to the seemingly secret arrival of evacuees from Saudi Arabia, he said: “We actually have the third batch which came in two days ago from Saudi Arabia, Nigerians who had fine for Umrah and who were caught there.

“There were some miscommunication as we were not ready at the time to receive anybody actually.”

He hailed the Task Force for successfully handling the situation even when they were not prepared for their arrival.

He said “But I must say, I really congratulate our team, our consultant who did a fantastic job with such a late short notice to have get up to received 292 people, accommodated them and looked after them and settled they down very well. So they did a fantastic job.”

Thunder strike has killed a family of three near Tarau Gwer local government area in Benue state on Saturday night.

An eye witness Peter kwembe told The Nation that after heavy rainfall on Saturday there was a thunder strike which hit the thatch house which the family slept and killing them on the spot.

The death of the husband, wife and their five (5) year old son has thrown the entire community into mourning.

Kwembe  described the incident as the first of its kind in the village.

We know nothing about INEC servers, say EU observers