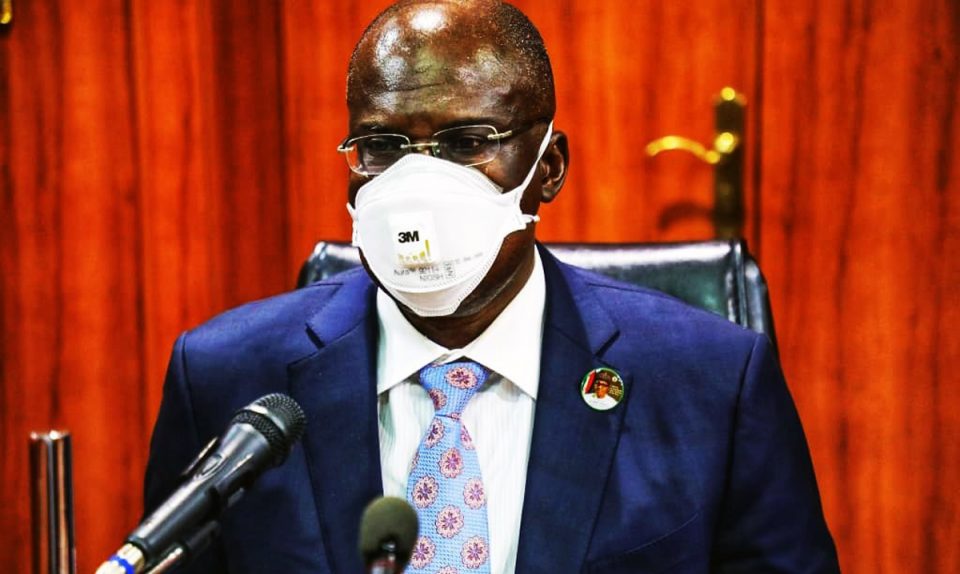 The Minister of State for Petroleum Resources, Chief Timipre Sylva has described the news of the demise of the immediate past Group Managing Director of the NNPC, Dr Maikanti Baru, as sad and shocking.

Sylva, in a statement signed by his media aide, Alhaji Garba Deen Muhammad in Abuja, on Saturday sympathised with the family and friends of late Baru

He described the former GMD, who died in the late hours of Friday May 29th, as a dedicated technocrat who would be greatly missed by the oil and gas community and the nation at large.

He prayed God to receive his soul.

“I just learnt about the demise of Dr Maikanti Baru, immediate past GMD of NNPC.

“Last month, I called him to find out how he was settling down in retirement.

“I felicitated with him and his family.

He expressed his appreciation and I wished him well.

“Sad to learn about his death. My sincere condolences to his loved ones,” he said.

Kachikwu also prayed that God would grant his family and close friends the fortitude to bear the loss.

“May his soul rest in peace,” he added.

In his remarks on his twitter handle, Dr Fahad Taffaq UAE Ambassador to Nigeria said the death was a huge loss to Nigeria.

“I learned the sad news of the demise of my friend and colleague, Dr Maikanti Baru, the immediate past GMD of NNPC group.

“He will be greatly missed by us and the entire oil & gas industry.

“My thoughts and prayers are with his family. May Allah (SWT) grant him Jannat Al Firdous, Amen!,” he said.

” This is really sad …painful loss…a great leader …a fantastic boss …a good and humble soul …a sad loss …may his soul rest in perfect peace and may God bless and strengthen his family,” he said

” The sudden exit of Dr Maikanti Baru, Ozo Igwe Ndu of Ibagwa-Nike, Enugu State is a great loss to the nation.

” He will be widely remembered for his humility, large heartedness, accommodating spirit, and above all, dedication to the service of God.

“He will be missed by so many people across different socioeconomic, cultural and religious divides for his blending and humorous spirit.