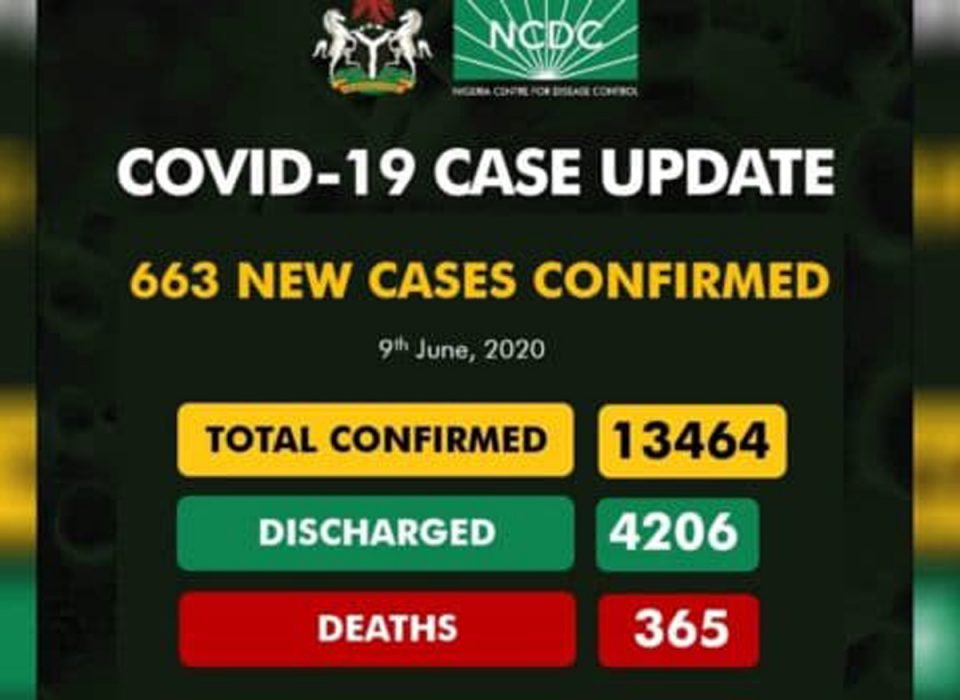 The Nigeria Center For Disease Control(NCDC) said, this brings the total number of infections in the country to 13,464.

The NCDC announced this on Tuesday through its official Twitter handle and said that as at June 9, four deaths were recorded in the country.

TBI Africa reports that the health agency said that Lagos State recorded the highest number of infections for the day with 170 cases while Ogun and Bauchi had 108 and 69 cases respectively.

Niger and Katsina had two cases each while Osun, Ekiti, Kwara and Nasarawa recorded one case each.

The health agency said that till  date, 13,464 cases had been confirmed out of which 8893 were active cases, 4206 cases treated and discharged and 365 deaths  recorded in 35 states and the Federal Capital Territory.

TBI Africa reports that the agency had  activated three additional laboratories in the country, bringing the total number of laboratories that could carry out PCR testing for coronavirus disease in Nigeria to 33.

The health agency said it had  stayed on track, in its goal to rapidly scale up laboratory testing for COVID-19 in Nigeria.

80% of members on NNPC Board lack expertise

US threatens to withdraw $380 Abacha loot