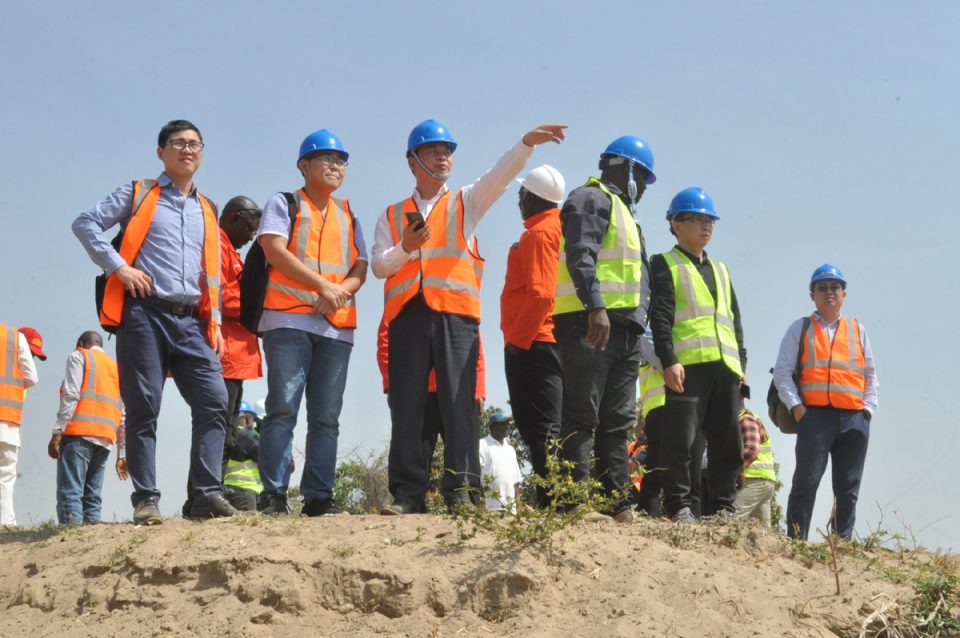 ****President Buhari to flag off Ajaokuta-Kaduna-Kano pipeline on Tuesday

President Muhammadu Buhari will on Tuesday finally flag off the construction of the Ajaokuta-Kaduna-Kano (AKK) pipeline, thereby set to realize the long held dream of building the nation’s biggest domestic gas transmission infrastructure.

Group Chairman, Dr. Emeka Okwuosa, is honoured that Oilserv Limited is part of the historic AKK project, and he welcomes Nigerians to witness the special moment when  President Buhari will flag off the long-awaited project.

The 614 kilometer gas pipeline conceived to provide the highly desired stimulus to domestic industrial growth will be delivered by a consortium of indigenous and international engineering firms. This project will also signal the finest hour so far for the Nigerian Content Policy  goals.

The president, by the flag off  of this project at Ajaokuta, Kogi State, would be turning to reality some of the nation’s long term economic aspirations of, a) boosting domestic energy infrastructure, b) deepening the local gas market,

The project, according to the Nigerian National Petroleum Corporation (NNPC), will significantly curb gas flaring in the Niger Delta and guarantee better air quality in the oil producing region.

Furthermore, the pipeline which was conceived to connect demand from the northern part of the country with supply from the south would be the biggest infrastructure development in the country’s recent history.

It will also mark a significant shift in the nation’s energy policy; from revenue targeted export programmes to development focused domestic supply programmes.

Significantly, the $2.8 billion project will break through on the 30th of June after seven years of rigorous processes that morphed from policy conception through implementation strategy designs, master-plans and solid implementation programmes.

Perhaps the biggest value to the economy is the participation of indigenous engineering firms led by pipeline giant, Oilserv Limited, in the delivery of some of the phases of the project.

The company has successfully delivered over 17 similar challenging projects in the country including the engineering, procurement and construction (EPC) of the 67 kilometre Obiafu/Obrikom to Oben (OB3) 48 inch diameter Gas Transmission Pipeline System.

The Oilserv consortium is slated to deliver the first 200 kilometre phase of the AKK pipeline which covers the section between Ajaokuta and Abuja, after securing the EPC contract in April 2018.

Thus, in the short term the AKK will ensure energy sufficiency for domestic commerce and industry, and in the long term, having deepened and satisfied domestic demand, morph into an export pipeline and economic mainstay.

The AKK pipeline in Nigeria’s prevailing socioeconomic   downturn will prove to be fortuitous as well as strategic even as the world steps away from fossil fuel.

Beyond the immediate need to stem the devastation of the corona pandemic and stimulate activity in the domestic economy, the AKK which is already potentially poised as a very central economic  powerhouse in Nigeria, will also create deeper, more enduring values:

2.Cleaner environment for the host communities

Oilserv Ltd under the able leadership of its Group Chairman, Engr. (Dr.) Emeka Okwuosa, is honoured to be a part of this historic project, and welcomes Nigerians to witness the special  moment when  President Muhammadu Buhari flags off the long awaited AKK.

We no longer fix price of petrol’ – PPPRA