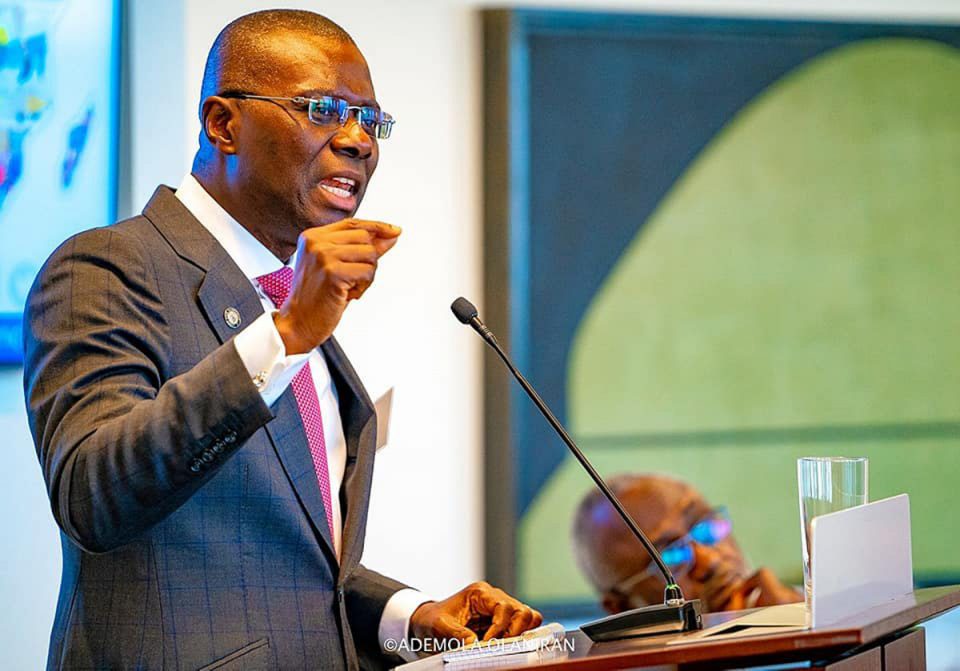 Lagos Governor, Mr Babajide Sanwo-Olu says the revitalisation of the National Arts Theatre, Iganmu, is a step toward making the state a 21st Century economy.

Sanwo-Olu said this on Sunday, during the handover ceremony of the National Arts Theatre, by the Federal Government to the Central Bank of Nigeria (CBN) and the Bankers Committee, for revamping and regeneration.

He said that making Lagos a 21st century economy, was the fourth pillar of his administration’s T.H.E.M.E.S Agenda.

According to him, there is no way the state can be a 21st century economy, if the centre piece called the National Arts Theatre is not revitalised.

”There is no way we will make a 21st century economy if this entire massive real estate and land, that we have are not turned from a dead asset to a living asset.

Sanwo-Olu said that the journey of regenerating the National Theatre started about 10 months ago and people misconstrued what the objectives and plans were.

He said that the purpose was not to move people out of job, but to create more jobs and boost the economy.

The governor said that the entire creative industry and Lagos State in particular, would benefit from the revamping of the National Theatre.

”It is exactly 410 days that we all got sworn-in as governor of Lagos State and so we are counting.

”We have agreed and said that in a maximum of 22 months, we will be bringing the president here, to walk him round the new, reformed, revitalised National Arts Theatre and all of the adjoining buildings, while we are still in government, there is no better joy for me personally than that.

”Lagos is a signature, Lagos is a centre piece. We have had good times in the National Theatre and it is time to revitalise it.

”I think it will be a shame on all of us, if we are not doing what we are doing today. If people can think about 40 to 45 years ago and put this edifice here, the least we can do is what we are doing here today, to turn it around, to make it happen for another 40 years of people that are going to come behind us.

”With the regeneration of the National Theatre and its environs, we are writing our tomorrow today,” he noted.

Sanwo-Olu lauded  the President Muhammadu Buhari for giving a very strong backing to the vision of revitalising the National Theatre and all of the development that would  be coming up there in the next couple of years.

He also commended the CBN Governor, Mr Godwin Emefiele and the Chairman of Banks CEOs, Mr Herbert Wigwe, for pushing the initiative of revamping the economy through the National Theatre.

Military dissociates self from call to overthrow government