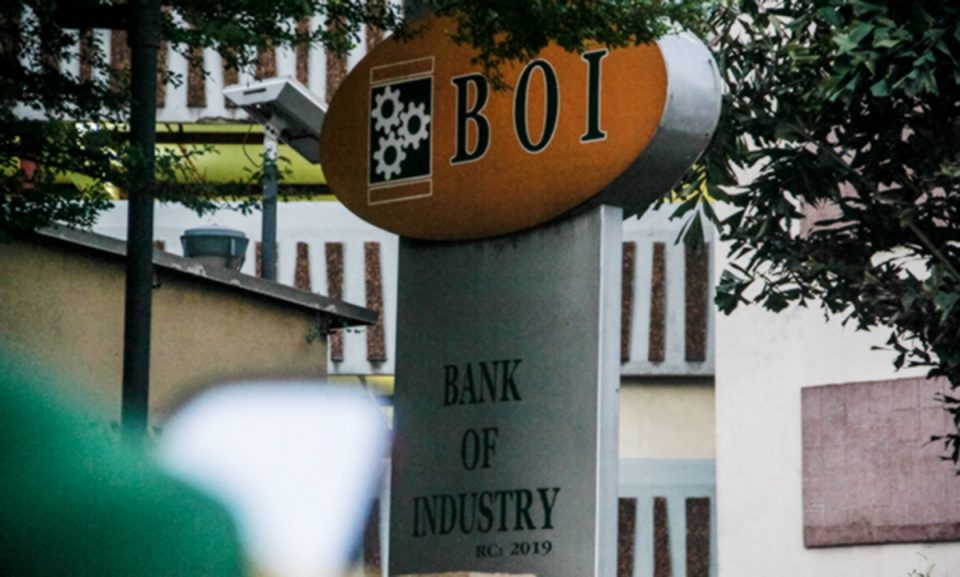 The Bank of Industry (BoI), in demonstration of its commitment to the development of Micro, Small and Medium Enterprises (MSMEs) in the country, has made a total disbursement of N53.0 billion to the segment in 2019, a 56.3% year-on-year increase from the N33.9 billion disbursed in 2018.

This was announced at the Bank’s 60th Annual General Meeting held virtually in line with COVID-19 protocols of the Federal Government.

Indeed during the year under review, the BoI disbursed a total of ₦234 billion to a total 10,145 enterprises, thereby facilitating the creation of an estimated one million direct and indirect jobs.

Mr. Aliyu Abdulrahman Dikko, the Chairman, Board of Directors, while presenting the Group’s financial scorecard for the year 2019, stated,  “I am also pleased to report that the group’s balance sheet remains strong while our business operations are in line with both regulatory requirements and global best practices.”

He said: “in the course of the year, we made significant progress towards improving the size of our loanable funds, leveraging our strategic partnerships in the international market and the support of the Central Bank of Nigeria. The Bank was able to raise €1 billion  through syndication by international banks for onlending to SMES to create jobs.”

Mr. Kayode Pitan, the Managing Director of BoI,  described the year under review, which marked the 60th anniversary of Nigeria’s oldest Development Financial Institution, as a significant year for the Bank.

“As a Bank, we have survived 60 years and by God’s Grace, the Bank has done very well

“The balance sheet of the Bank, after 60 years, is now slightly over one trillion Naira; and the profit for last year was also very good” , he said.

Beyond the profit, he said, the Bank made  strong impact on the economy by disbursing over N200 billion in 2019 to over 10, 000 different institutions and organisations, including the about 60 % increase in disbursement to the SME segment.

Reflecting on purpose-driven mandate of the Bank to accelerate social impact of its operations, Mr. Dikko said it has been demonstrating commitment towards embracing sustainable development practices.

“These goals shall help us effectively align with the global action to end poverty, protect the planet and ensure that our people enjoy peace and prosperity by the year 2030.”

He assured that despite the adverse effects of the COVID-19 pandemic on all units of the economy, BoI will continue to play its key role in providing both financial and non-financial support to local enterprises towards improving operational efficiency and sustainability, whilst also providing support to enable them compete effectively and take advantage of the anticipated improved demand following the kick-off of the AFCFTA.

Speaking in the same vein, Mr. Pitan said “the year 2020 started out with a lot of promises but the pandemic has caused a lot of problems.”

He noted, however, that the Bank was active in sourcing for fresh funding in the first quarter of the year, which was rewarded with about a one billion Euros facility.

He said in response to the outbreak of the pandemic, BoI worked with the Federal Government to introduce palliatives to make life easier for customers of the bank by giving them moratorium and by restructuring their facilities.

He revealed that, “In many cases now, we are looking at increasing the working capital because the current value of the Naira requires increase in working capital needs. But as much as possible, we want to ensure that we limit the number of companies that might go under because of this pandemic.”

He said with the efforts of Government, the Central Bank of Nigeria and BoI, a lot of companies will be saved, and “hopefully we will come out of this much better than what people would expect.”

Earlier, the Bank’s shareholders approved new appointments to its Board. Mr. Shekarau Omar was appointed Executive Director, Small and Medium Enterprises, a position that was previously held by Dr. Waheed Olagunju, who retired from the bank.

Mr. Dikko used the opportunity to thank his colleagues on the Board “for their diligent oversight, and the Executive Management and the staff for their hard work and tenacity which has continuously positioned the Bank as a leading development finance institution.”

Mr. Pitan, who noted the year 2019 was a very good year but that would not have been possible without the help of stakeholders, thanked major stakeholders for their tremendous support.

“ I want to thank the CBN Governor, Mr. Godwin Emefiele and the Directors; the Minister of Finance, Budget and National Planning Zainab Shamsuna Ahmed; and Otunba Niyi Adebayo, Minister of Industry, Trade and Investment for their part in making 2019 a good year for us.”

He also expressed deep appreciation to partner banks, the facilities and to all customers of the bank.

“We thank all our customers and we pray that this year 2020, no matter how difficult things are, we will work together with them – to make it a good year for all of us.”

Soon after the outbreak of the COVID-19 pandemic, BoI responded with a number of measures to reduce the economic impact on customers.

Among them, the bank reduced interest on its direct line of credit by 2% for one year from April 1, 2020 to March 31, 2021; granted a three-month moratorium on principal repayment to all beneficiaries of the BOI Fund from April1, 2020 to June 31, 2020; with option to extend by up to 12 months for customers with proper justification on case by case basis.

For loans issued under the Central Bank of Nigeria (CBN) intervention programme and in line with a CBN directive, the bank reviewed interest rate downwards to 5% per anum, with a 3-month moratorium.

More directly, BoI made financial contributions to the relief efforts of governments and the organized private sector.