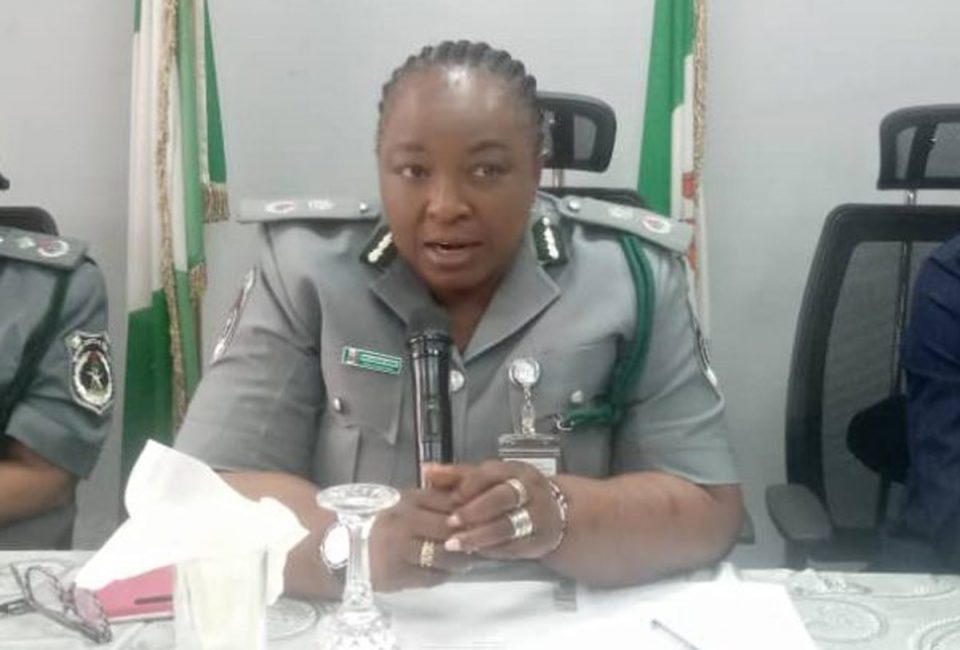 Showcasing the seizures to Journalists, the Command’s Area Controller, Comptroller, Oladuni Morenike said that most of the items in the seized containers were detained on grounds of wrong  declaration.

She said that the command also generated N15.8 billion between January and September 2020 surpassing the whole revenue collected in 2019.

According to her, the revenue collection for the year 2020, when compared to that of 2019 shows that there is an increase of 42 per cent for the year under review despite the pre and post COVID-19 pandemic effects and other numerous challenges that confronted the Command.

Speaking on the seizures, she said asides tramadol and hydro generated coconut oil,  the Command also made seizures of furnitures, foreign rice, used tyres and other various items.

Giving the details of the seizures, she added: “The tramadol tablet was discovered by the Command eagle eye officer on examination. We had an intelligence that the containers has been here for sometimes and we waited for declaration, which never came.

“We brought down the container for examination to confirm based on intelligence we had. And by the time we opened, we found tramadol concealed with the other medicaments. We had 143, 25 and 86 cartons and all are tramadol and there are other few that are not tramadol inside the container. All together, we had 254 cartons,” she added.

Oladuni said the tramadol all 100 milligrams, which is far above what approved by the Federal Government. She said that the tramadol came in different packages and also packaged in 10 sachets, which are all seized.

However, she said the tramadol is under investigation and written the headquarters for directives, adding that the tramadol will be handed over to NDLEA.

She said one of the containers loaded with used tyres were declared as chemical but during the examination, it was found out as false declaration.

The Controller noted that  there are some two containers, which are 40 foot and 20 foot were declared as corn starch, she said during examination, it was discovered that they contained various kind of body sprays.

Group protests in Abuja over alleged involvement of military in elections